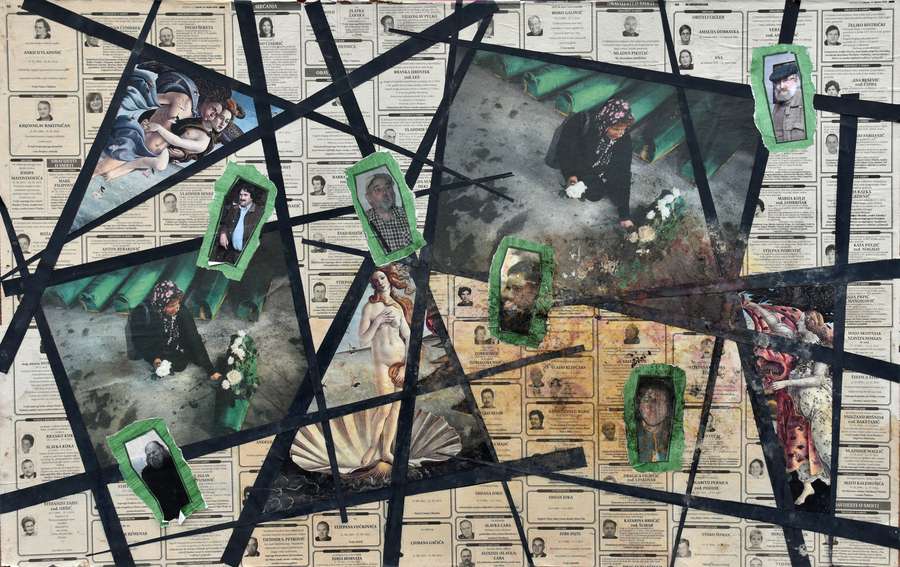 The 28th exhibition in the series of visual poetry shows at the Bežigrad galleries in Ljubljana is dedicated to the memory of Živko Kladnik (1948–2017), one of our most important authors of visual poetry. The first retrospective exhibition will present eighteen collages, created by the artist at the start of the 21st century. A characteristic of his collages is the density of scraps and cuttings from newspapers and magazines, pasted on basic surfaces or blind frames.

Živko Kladnik was born on the 11th of June 1948 in Novo Mesto, and lived in the region of Gorenjska – Kranj and Cegelnica pri Naklem. He was a poet, a film director,head of the Film Festival of Kranj, presi-dent of the Kranj Football Club (1973-1979), secre-tary of the Chess Society of Naklo, co-founder of the Kranj film group 'Ime' and the concretist group 'Stu-dio Signum', co-creator of the international publica-tions WESTEAST, a member of the 'Jasna' visual arts meet and coordinator and/or creator of numero-us other  cultural events in the city of Kranj. He died in Kranj on the 23rd of January 2017.