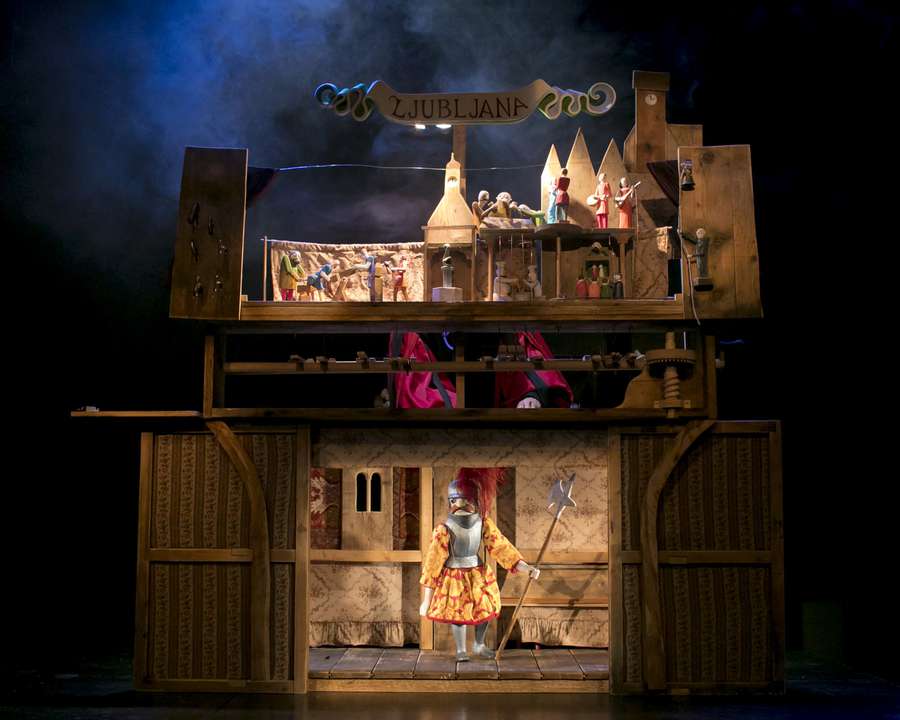 From Sketch to Puppet

Having been staged annually by Bežigrajska galerija 1 ever since 1980, the traditional From Sketch to Puppet exhibition presents an overview of how an artwork is made, from the puppet sketch, scenery and scenic elements to the final product. This year's exhibition focusing on the Robert Smolík, scenographer, puppets creator and mechanical objects.

Robert Smolík (1977, Jičín, Czech)
He studied scenography at the Department of Alternative and Puppet Theater at Prague Theater academy, where he has been teaching since 2004, and from 2011 to 2018 he was the head of the scenography cabinet. Since 2020, together with Denisa Václavová, he has been running his master's studio of sustainable theater at KALD.
In addition to scenography, he creates puppets and mechanical objects. As a set designer, he collaborates with professional puppet theaters / Minor, Naive Theater Liberec and others /.
Between 2005 and 2018, his "theatrical" work focused on collaboration with the Buchty a loutky group and mainly on research and development in the Handa Gote group. He is currently working in the group Škrobotník, Šlundra and Šibrová. He also works as an artist and activist in his hometown of Jičín. He is a member of O.S. Loggia, z.s. and Balbineum, z.s. in which he participates in the revitalization of Baroque monuments in Jičín. Together with his wife Radka Mizerová, they created a place for cultural events and meetings "Zahrada pod Koštofránkem" from their own garden in the city center.
He holds many awards for scenography from the Mateřinka and Skupova Plzeň festivals.