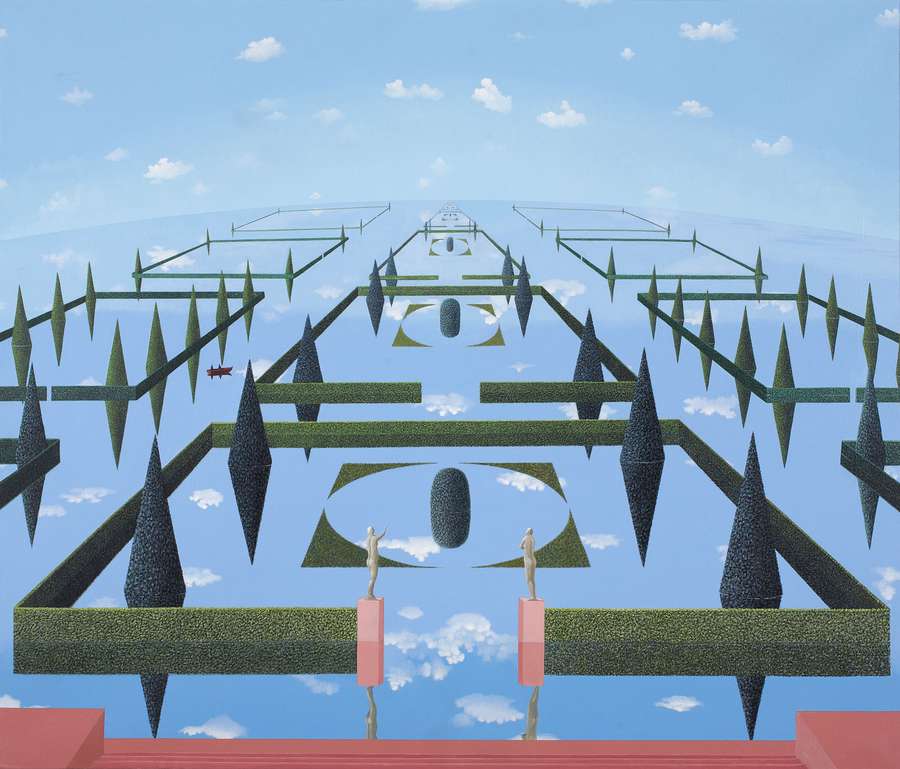 The overview exhibition of this year's laureate, one of the most esteemed Slovenian artists, will showcase the specific periods in her work, and her ways of depiction. The exhibition will be based on various drawings and paintings, dating from the 1960s' all the way to today.

A journey into the mirrors of this and the new world

Krašovec draws her inspiration for new mentally and visually endless creative worlds from her many travels. She recreates them with an incredible aesthetic touch, tapping into her own perspective of the worlds in question. Her works are highly polished reflections of what she sees at the time, and of her love of beauty. At the same time, they mirror a constant search for anything new and personal within her own understanding about the way nature works.
Krašovec’s images have always been firmly rooted in a specific time or place. The memories and events from her life run from one to the next, like film shots, documenting everything she has experienced during her travels and in life.
A momentary character is typical of her artwork. It is a memory of a life event she recreates in her drawings and pictures. A moment from her memory, frozen in time.

The world portrayed in her creations is becoming more sensual and slow. It is coming to a stop and turning into an image of our world where only the truth is essential. Her artwork represents an infinite aesthetic depiction of her experience. And the viewer is merely an observer of her eros.

Her images typically feature horizons and skies, which express her perception of the world. There is always a hint of light permeating the surface.That very light calms our existence and the way we see it. It illuminates the afternoon and early evening hours when our world is about to take a rest. Or so it seems. But that depends on where we are – on planet Earth or somewhere else. Perhaps in the place where our perceptions, desires and views of a new life take form. That is precisely what Metka Krašovec is attempting to depict.

Metka Krašovec was born on 7 October 1941 in Ljubljana. In 1966 she completed her specialisation in painting with Prof Gabrijel Stupica and four years later in print media with Prof Riko Debenjak. In the period 1966–1967 she worked as an assistant at the Ohio University in Athens, USA. In the period 1974–1975 she was receiving a British Council scholarship for graphic design studies at the Royal College of Art in London. In 1977 Krašovec became an Assistant Professor at the Academy of Fine Arts in Ljubljana. The following year she was elected Associate Professor for painting and drawing. In 1986 she became an Associate Professor and a Professor of drawing and painting at the Academy. Krašovec has been member of the Slovenian Academy of Sciences and Arts since 2015. She works in drawing, painting, print media and stage design. Her works have been featured in books, catalogues and magazines. Since 1968 she has participated in 151 independent and 340 collective exhibitions in Slovenia and abroad, and received several awards for her creative endeavours. In 1973 Krašovec received the Prešeren Foundation Award, the Jakopič Award in 1983, and the Prešeren Award for lifetime achievement in 2017. She lives in Ljubljana.