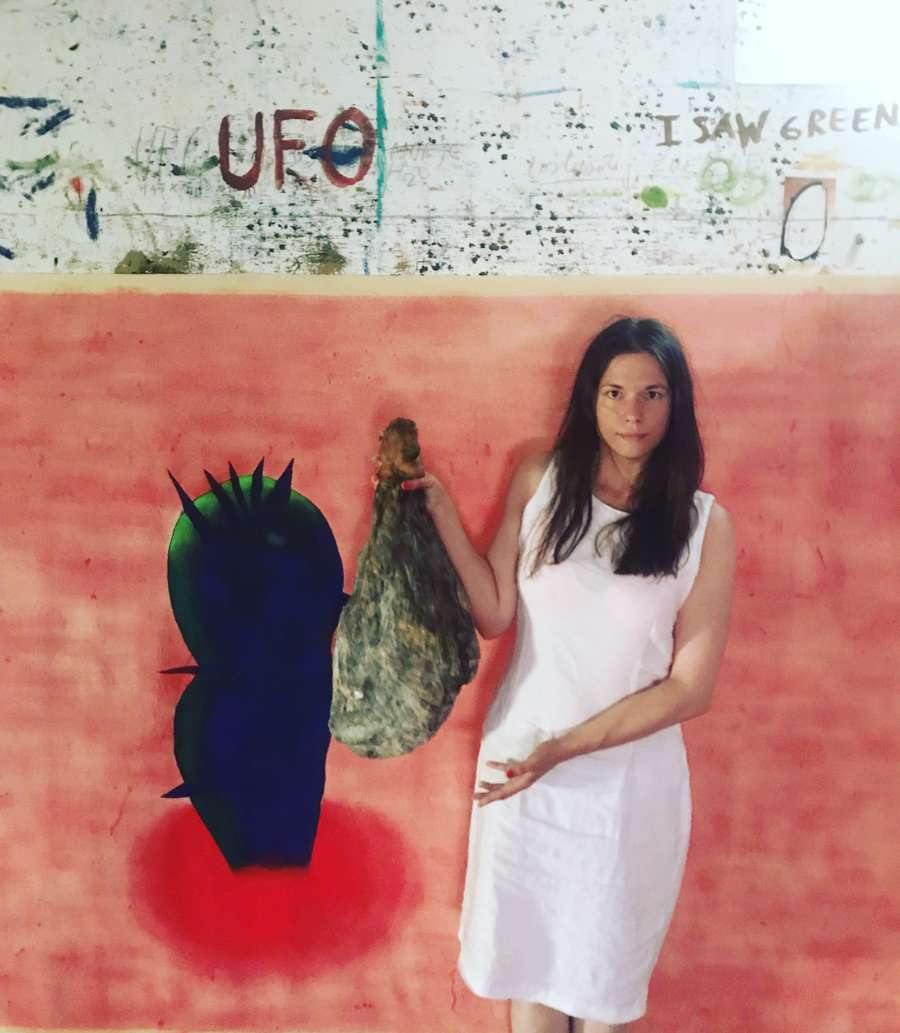 The creator, who first presented her work at Bežigrad Gallery 2 in 2014, is now presenting a selection of large paintings done mostly on canvas. The guiding principle in the creation of these artworks are small items that are painted in the centre of her images in seemingly floating spaces and are similar to magma itself.

Bright Art for a Bright World
Encapsulated in the concrete images they create fantastic narratives on the importance of plants such as cacti, which have dominated the painter’s artwork in recent years as the plant’s form and everyday objects from our lives. Therefore, through the painter’s personal and intimate narrative, we can recognise the belief system and expressive world of her artistic and painting depictions, which is based on her daily observations of seemingly insignificant events and observations of seemingly insignificant actions and views on everyday useful objects and cacti, which are a fundamental and unique element of her artistic, precise observations and artistic creation.
Magma means creating something new from nothing, from the destruction caused by lava. In her art, it means the birth of something new from among the destruction that is signified by the erruption of lava. Regardless whether it is in the centre of the Earth or the centre of her heart. What is new can be born from destruction or from willpower, a love of everything new. Regardless whether this is an object or a plant from day-to-day life. Yesterday, I was a substance. Today, I am a perfect plant or object from everyday life. From the same magmatic substance I became part of an object such as an iron, as was painted by Ira Marušič.
Miloš Bašin