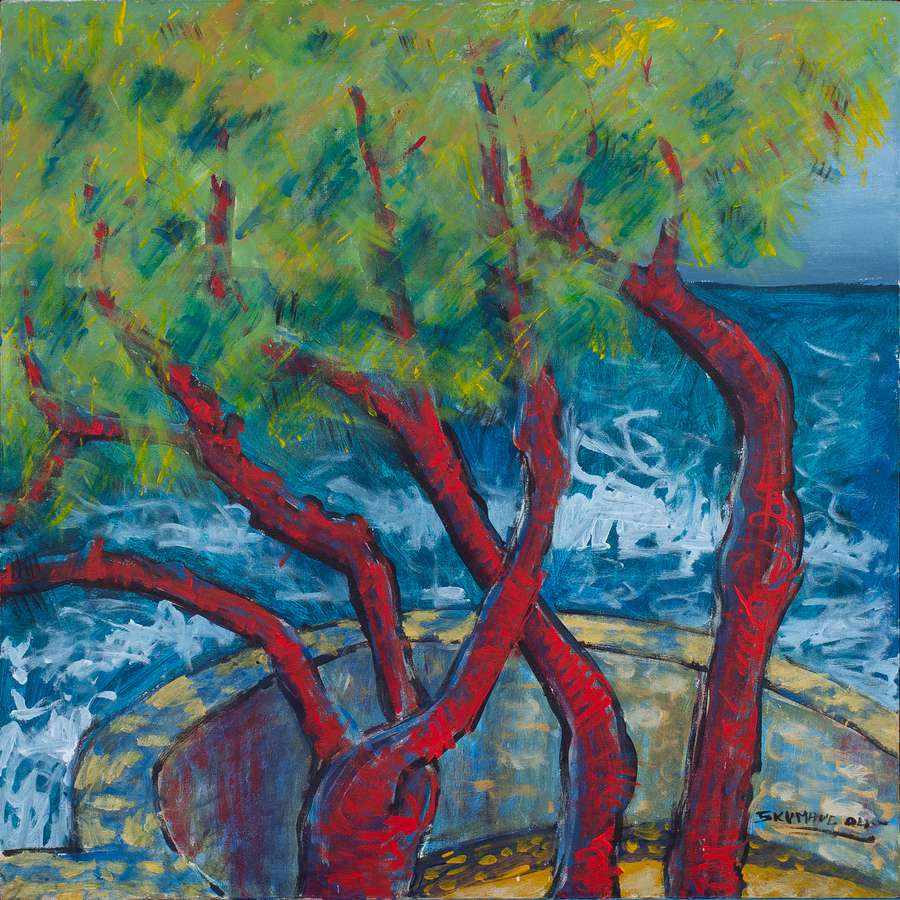 Life From up Close

Exhibition of drawings and paintings

Marjan Skumavc (a painter, a printmaker, a draftsman, an illustrator) was born in Jurklošter in Štajerska on May 24, 1947. He spent his youth in Notranjska and Gorenjska. He was trained as a mason and worked as a mason’s apprentice in Jesenice, then he enrolled at the School for Design in Ljubljana, which he completed in 1967 (Professor Tone Žnidaršič).
While studying in Ljubljana he remodelled the attic in Gradišče 8, an apartment and a studio, and he stayed there until the end of his life. In 1972 he graduated from the Academy of Fine Arts (Professor Gabriel Stupica) and after two years he completed postgraduate studies in the class of Professor Janez Bernik. He was a winner of the Student Prešern Award.
In his youth he was active in various sports, he was a Slovenian boxing champion twice (and later a coach of the first boxing team in the independent Slovenia). He worked as a journalist in Delo newspaper. He also published his articles in journals Slovenske novice and Nedelo, where he created Night chronicle for many years.
During his thirty-year journalistic work (covering the areas such as crime, social issues, culture, reportage, etc.) he painted, had about sixty solo exhibitions and participated in numerous group exhibitions and colonies.
At the turn of the millennium, when he retired, wrote about himself: “… and now I am only engaged in roaming, writing and painting, as well as visiting Istra and Štajerska, the landscapes that impress me with their people and colourfulness.”
He died in Biribaci in Istra 2011, on September 7.