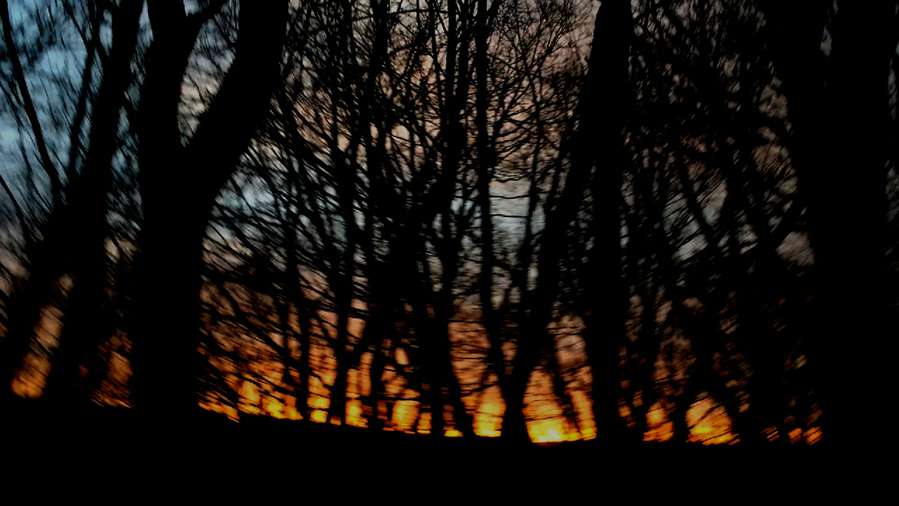 Videofestival Natures 14 presents works selected through the festival’s open call by Tesa Drev, Nadja Osojnik and Zvonka T. Simčič and overwiev exhibition of film and video by Davorin Marc from 1978 till 2016.

The video works presented at the video festival Natures are based on images of nature, or else include images of nature in some of their sequences, or are derived from things found in nature. Also in the nature of human existence and living, in the relations between past and present events, and the responses to them. The video festival Natures is marked  by people and their natures.

Idea: The purpose of this video is to emphasise the contrast between real and mental spaces, which cohabit within (or parallel with) the real ones. The goal is to demonstrate that our everyday lives are artificial and that reality is constantly mixing with fiction. Overwhelming quantities of information are invading people's intimate space, which is why I'm trying to draw attention to people's longing for idyll – the longing is symbolised by gazing through the window and looking at the garden, nature and sky, which is, in fact, a fake and virtual idyll. The moment we set our foot in this urban nature populated by animals (especially birds), it turns out to be a world parallel to the human world and equally burdened by a multitude of disturbances.
Topic: Human longing for idyll at home; modern technologies and various information intruding people's intimate space and the lives of other living beings cohabiting with us – such as birds (which can be seen as a symbol of freedom).
Content: The video consists of three static shots, each around three minutes long. Everything is supposed to be symbolic rather than realistic. Irony also plays a vital role.
Sound and editing: Tesa Drev in Matej Juh
Screenwriter and director: Tesa Drev

Tesa Drev was born on 20 March 1986 in Ljubljana. She pursued Theatre, Film and Media Studies at the University of Vienna in the period 2004–2011 and obtained her MA degree. Since 2015 she has been studying Painting: Video and New Media at the Academy of Fine Arts and Design, University of Ljubljana. Drev mainly works in lighting and book design and as an assistant director in film productions.

NADJA OSOJNIK, Frog Adventure, 2016, 0.34 min.
Many frogs spend the winter in the forest, buried in mud and waiting for spring. Once the soil finally warms up, frogs embark on their migratory path to adequate bodies of water. All of their ancestors used the same paths throughout history. Those who make it through the journey and arrive to the water lay their frogspawn (a mass of eggs). After a while, tiny tadpoles develop from the eggs and gradually transform into grown frogs. Things come full circle, unless a road breaks it. Many migratory paths are crossing our roads, which happens when a road runs between frogs' winter habitat (forest) and a body of water (pond). Despite being much smaller than cars, frogs are very important and as such, they sometimes require a bit of our help...

Nadja Osojnik was born on 14 March 1987 in Velenje. She holds a BA in biology and sculpture. I draw inspiration from nature, natural processes and biology of individual species. This is my way of raising awareness of the importance of nature, endangered animal and plant species, and other important topics. Although sculpture is my main tool of artistic expression, I also like painting and creating short videos.

ZVONKA T. SIMČIČ, Silent Strength,15.55 min.
Lepa Vida by Zvonka T. Simčič did not radically sacrifice her and her son's life for a fair and just world. They aren't balancing on the verge of doom. Simčič inspires them with faith, determination, longing and the need to fight in order to overcome a desperate situation. Lepa Vida didn't give in, but rather bravely fought her way out of the situation. The author uses her art in such a unique way when she strides across the field as Lepa Vida with a child in her arms, heading towards a just and better world. (Alenka Spacal)
This video features the fifth poetry of Silvana Paletti, a great expert in Resian tradition.

Zvonka T. Simčič was born on June 10th 1976 in Ljubljana. She works in contemporary visual arts, especially video and film, intermedia art, installations, performance, and photography. All of her artwork is strongly connected to the social space and her own experience within it. She focuses on human life where she explores the consequences of one's social and political situation and the individual as a complete being within a social space. New media offer her the opportunity to become a living (yet spontaneous) actor – a performer. Simčič has exhibited her works in different galleries and at festivals and projects around the globe. Since 2001 she has been the head of the CrossCommunityCreation Institute for the promotion of contemporary art and social research projects. 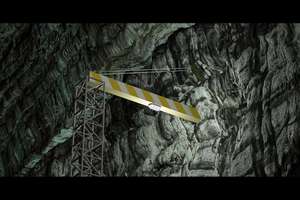