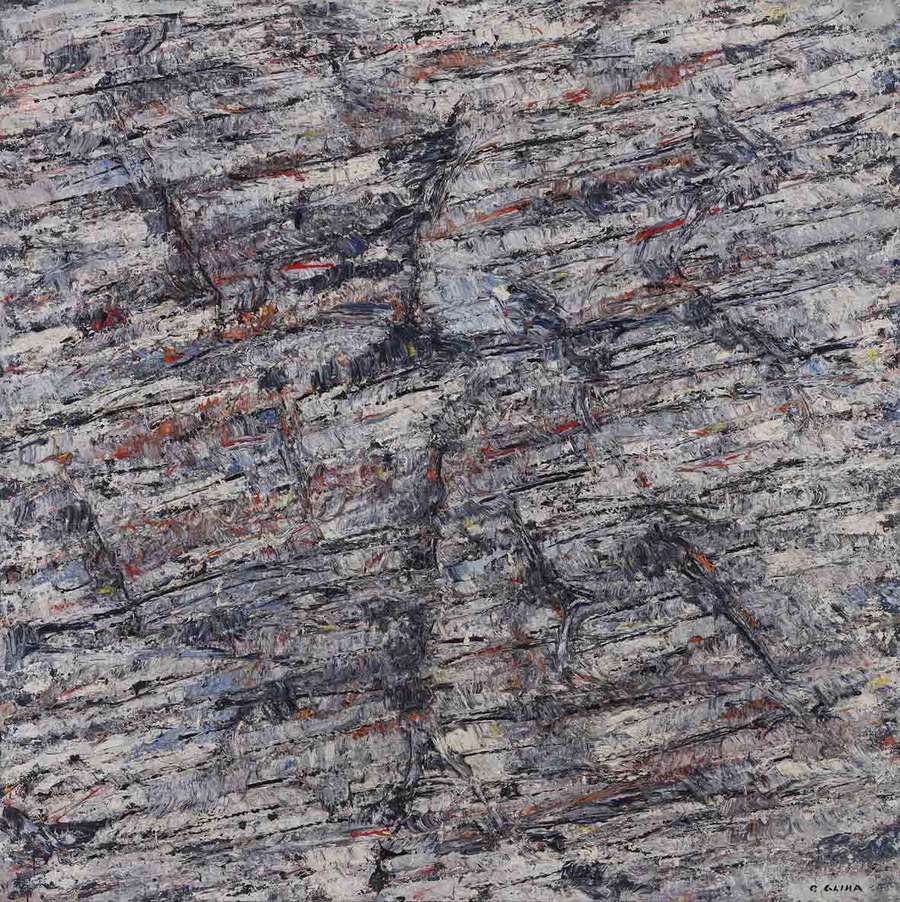 A painting exhibition dedicated to a Slovenian author who lived in Slovenia in his youth, but spent most of his life in Croatia. This is the artist's first solo overview of chosen works in Slovenia, presenting drawings and paintings from the period between 1956 and 1974 during the author's transition to complete abstraction.

The Bežigrjska galerija 2, in coproduction with the Moderna galerija Ljubljana, Moderna galerija Zagreb in  Muzej suvremene umjetnosti Zagreb, presents an overview of Oton Gliha's works selected from collections especially for this exhibition.

Indigenous and Cosmic /
The Image of a Letter and the Letter of an Image
Oton Gliha’s (1914 – 1999) attribution as a painter of the letter, the painter of the earth, and the painter of the culture  embodies one of author’s imaginary, but primordial principles of painting; the painter’s personal vision of his own imaginations and – never fully elaborated – synchronicity between Old Church Slavonic Glagolitic script engraved in stone and typical, adopted coastal dry stone walls – gromače (pl.), that have been built since archaeological and antic times with the hands of the cattlemen and farmers to delimit space and to mark the borders of arable land, as well as pasture areas. It shows gradual process of agerization of the appropriated space. That seems to be Gliha’s internal painting, archetypical painting, woven and knitted from never fully understood initial sign-image-letter , an imaginary pictogram projected into an actual motif, which is then generalised in painting, extracted from the whole. The spirit of the artist inhabits both. Another distinctive Gliha’s determinant presents itself in a gradual reduction of what is seen, of his transposition, while playing, between the specific landscape motif and its successive abstraction into author’s signature of sort – a pictorial autograph, sprouting since the 50’s of the 20th century in numerous variations of the line-shape, mostly coloured substrate.
© Željko Marciuš

Oton Gliha was born on 21 May 1914 in Črnomelj, Slovenia. Between 1933–1937, he studied painting at the Academy of Fine Arts in Zagreb (under professors Maksimilijan Vanka, Omer Mujadžić, Joza Kljaković, Marin Tartaglia, Ljuba Babic, and Tomislav Krizmanić). He also studied in Paris between 1938–1939 and lived in Zagreb, Croatia, where he died on 19 June 1999.