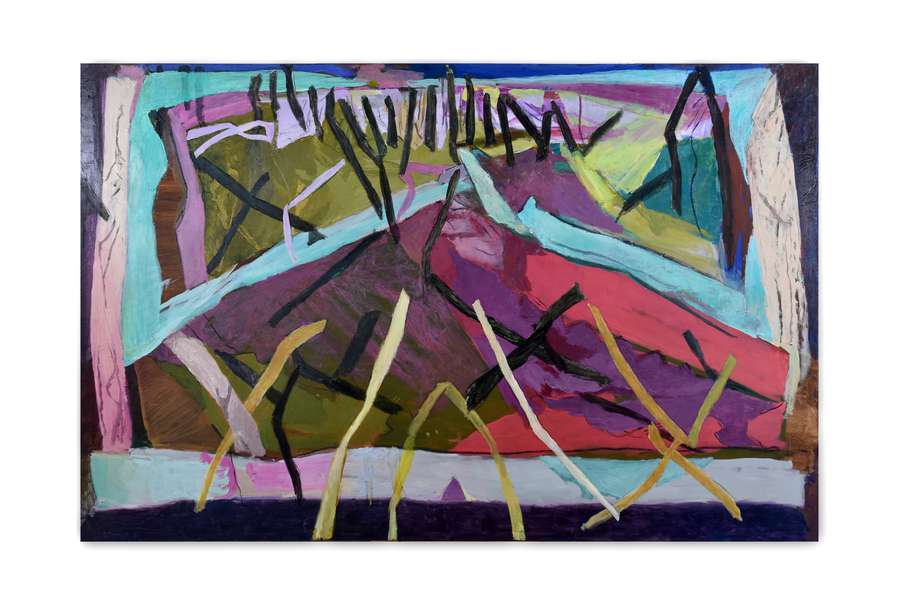 A representative of Slovenian modernist and postmodernist painting, Emerik Bernard is one of the key and major visual artists. His works abound in beauty and harmony, symbolic content and autonomous shape. A selection from the recent period will be featured in the exhibition.

The object and its substance
The substance remains the same. Objectivism as well.
So do the shapes.
As for the colours, everything remains the way it was decades ago.
Subtle light emanates from beneath them.
What used to be, shall stay forever.
Anyone may choose if they can see.
But a deliberation is necessary before taking action.
And Emerik Bernard is doing just that in his art.
His creative process
and his creations attest to it.
To be immersed in one’s thoughts, notice them faster, observe and ponder them.
He created a complete graphic world.
Perfect in its existence and awareness.
— Miloš Bašin ©

Perhaps
It seems that the so-called “unaffected” attitude towards the epidermis, i.e. when someone attempts to grasp its material dimension with a single sign range, has a pretty limited behavioural quality, at least from the perspective of art. That said, in art, strictly limited contacts with reality are insignificant because one-way focus inadequately dictates the artistic stance towards the world and thus hinders dynamic contacts. More intensive sensory experience derives from desire because experience is probably inferior to sensations within its affective structure. As a result, desire often depends on a thorough instruction where the perceptions of heredity complement experiential, personal and social threads in a cybernetised flow that is neither outside (in the environment) nor inside (in the psyche), but rather blended into a complete set of sensations. This, however, does not suit the modern fine art doctrine very well because it strives to manipulate the matter while casting a critical eye on it.
Sensory psychology does, in fact, offer it a way out of the contradiction by teaching that the uncommon sensations can be balanced with reflexive commitments. But subsequent corrections sooner than later lead from emotional arousal to the level of cognition and thinking. This means that the substance keeps losing its authenticity and sensory contacts its energy charge due to backward controls, introspections and analyses.
— Emerik Bernard, Edition Hyperion, Koper, 2000 ©

Emerik Bernard was born on 22nd September 1937 in Celje. Between 1955 and 1960, he attended the High School of Design in Ljubljana. He studied at the Academy of Fine Arts in Ljubljana, where he graduated in 1965. In 1968, he completed the postgraduate studies under the supervision of Professor Gabrijel Stupica.
In 1985 he became an assistant professor of painting at the Academy of Fine Arts in Ljubljana, where he was a full time professor for many years. In 2001, he was elected an associate member of the Slovenian Academy of Arts and Sciences, the full member of which he became in 2007.
Emerik Bernard is a recepient of the national Oton Župančič Award (1986), the Prešeren Fund Award (1987), of the national Rihard Jakopič Award (1997), and of the France Prešeren Award for outstanding achievements in the visual arts (1997).
He lives in Logatec.