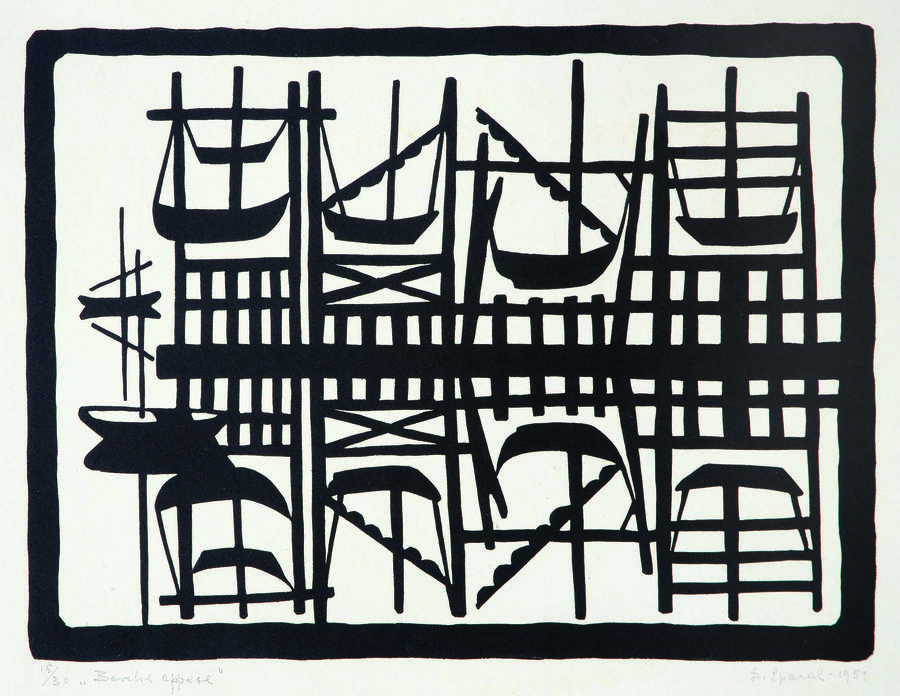 From the Littoral and the Karst Region

Lojze Spacal (1907–2000), is world-renowned and recognised as a graphics artist and is counted among the most important Slovenian artists of the 20th century. His retrospective exhibition, part of the series of historical and commemorative exhibitions at the Bežigrad Gallery will present paintings, sculptures, and prints from Moderna galerija Ljubljana, Javni zavod Komenski Kras, Štanjel and private collections made in the period between 1945 and 1995.

Lojze Spacal was born on 15th June 1907 in Trieste. After having completed the lyceum of fine arts in Venice, he enrolled into the art college in Monza. After that he studied privately at the Brera Academy in Milan. He permanently settled in Trieste after the Second World War and occasionally stayed in the city of Piran and in the village of Škrbina in the Karst region, where he renovated an old Karst homestead. Spacal was an extremely prolific and versatile artist who experimented in a unique way. He was not only a great painter and graphic artist, but also a sculptor. The experts like to exhibit his graphic plates as independent works of art. Lojze Spacal prepared almost one hundred solo exhibitions and participated in several group exhibitions that were mainly international. He was a valuable guest at many international graphic arts biennials and has received many awards. In 1948, 1954 and 1958, he was invited to the Venice Biennial and welcomed into the company of the most eminent Italian and international artists, which was further confirmed when he received the 1958 grand prix at the Venice Biennial. In 1974, he received the Prešeren Award. In 2000, he was posthumously awarded the Jakopič Prize.
A permanent collection of Spacal's works was opened with the artist's donation in 1988 in Štanjel in the region of Karst. His most recent major exhibitions include the retrospective exhibition at the Revoltella Museum in Trieste in 1997, which marked the artist's ninetieth anniversary and was called Sixty Years of Art, and a retrospective exhibition of his works at the Ljubljana Modern Gallery, during which the productive path of creation and the life of master Lojze Spacal ended on 6th May 2000.
His works are a part of numerous private collections and collections of museums and galleries in Europe and America.