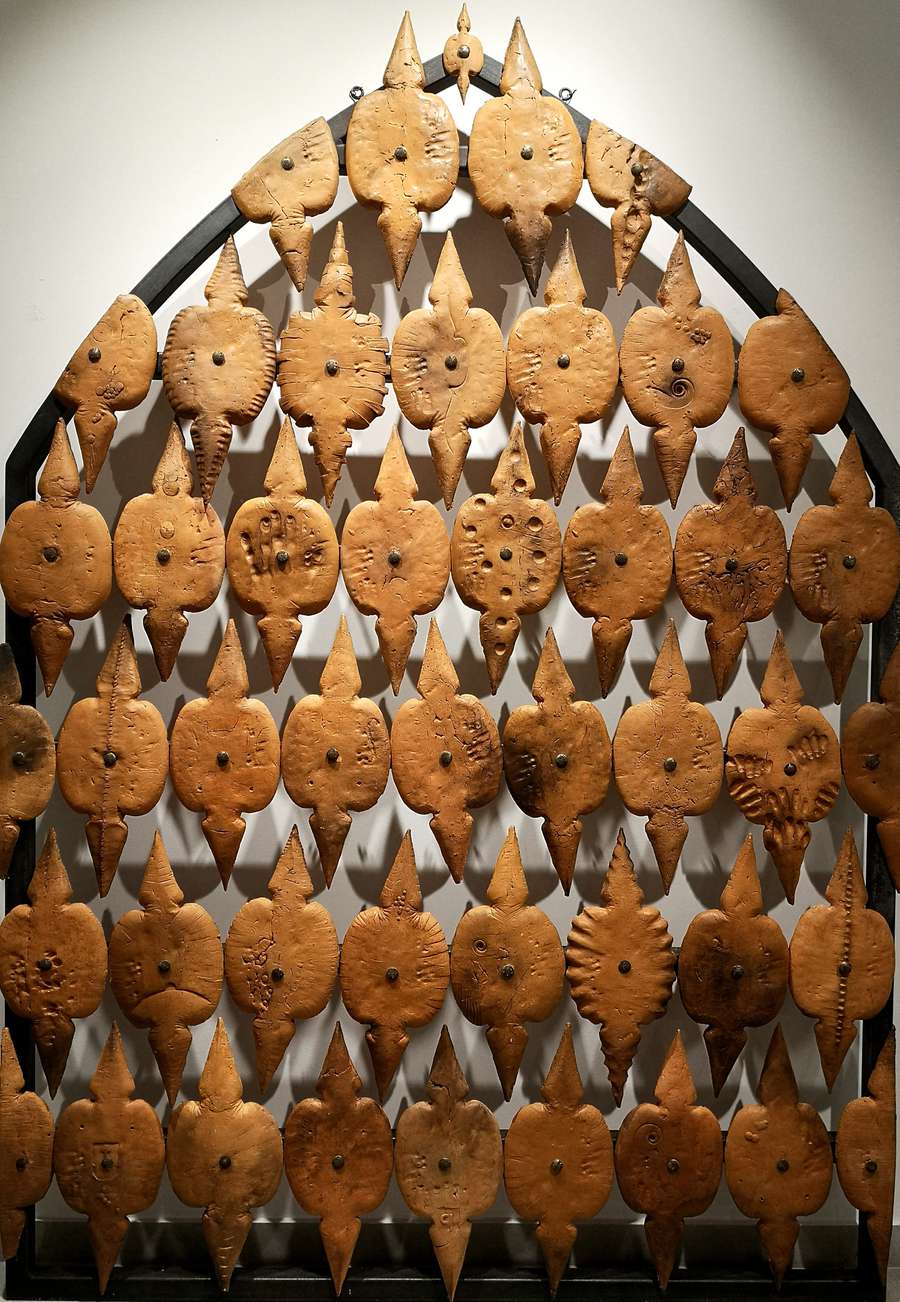 This overview exhibition features objects and sculptures by Polona Demšar from the past twenty years. It is also a logical continuation of her PD Profil exhibition, which was actually on display in Bežigrad Gallery 1 in 2013. It was designed based on the profile of the artist’s face.

Polona Demšar: Bodies
The artwork was created using various techniques, such as pencil on paper, cardboard, wood, baked clay, mixed media and photographs.
This exhibition is no different, as it includes a number of techniques – paper, wood, baked clay, and iron.
The artwork typically features strings or alternating elements of the same or similar kind.
Strings can be observed in different compositions, for example in the piece The Birth. Alternations and strings are visible in Family, Façade and Self-Portrait 11. Crazy Fish is also characterized by the use of strings. Demšar’s self-portrait series also includes the works Left and Right, 2013, and Self-Portrait 11.
The artwork on display offers an overview of her entire artistic range, and her unique play with the nature of the materials being used.
So primal and elaborate.
Miloš Bašin

FROM BODY TO EAR – 20 YEAR
The overview of my sculptural body of work spanning 20 years is the development of my own perception of the world, my imagination and exploration of materials. The mix of imagination, selected material and idea in the creative process is not just a path towards the end goal, but also a way to develop my personality and a perspective on the world. From portraits, bodies and animals to bells and archaic forms. Sculptures stand tall and tell their stories without growing old.
Art, sculptures and clay are the very first glimmers of awareness in early childhood. These vivid memories live through the way I play with light, shape and matter.
Looking back at two decades’ worth of artwork inspires me for the future.
Polona Demšar

Polona Demšar was born on 31st May 1979 in Ljubljana, finished Secondary school of Design and Photography, specializing in Photography. In the year 2002 became a student award for sculpture art. In 2003 graduated in sculpture at the Academy of fine Arts and Design in Ljubljana studying under professor Lujo Vodopivec and Lev Kreft. In 2007 finished post-graduate studies in Glass design department at the Academy under glass designer Tanja Pak. Polona Demšar is a member of Ljubljana Fine Artists Society, Society for Visual Arts - VISART and Ceramic Section. She lives and works in Ljubljana and Sv. Trojica.