"Ulay is one of the pioneers of performance art. His practice is not about human alienation, but rather the kind of alienation that captures art and then forms its own identity," wrote editors Robert Jelinek and Sašo Kalan. You are cordially invited to the book presentation ULAY – Don´t read this on Tuesday, 7 February at 12 am. 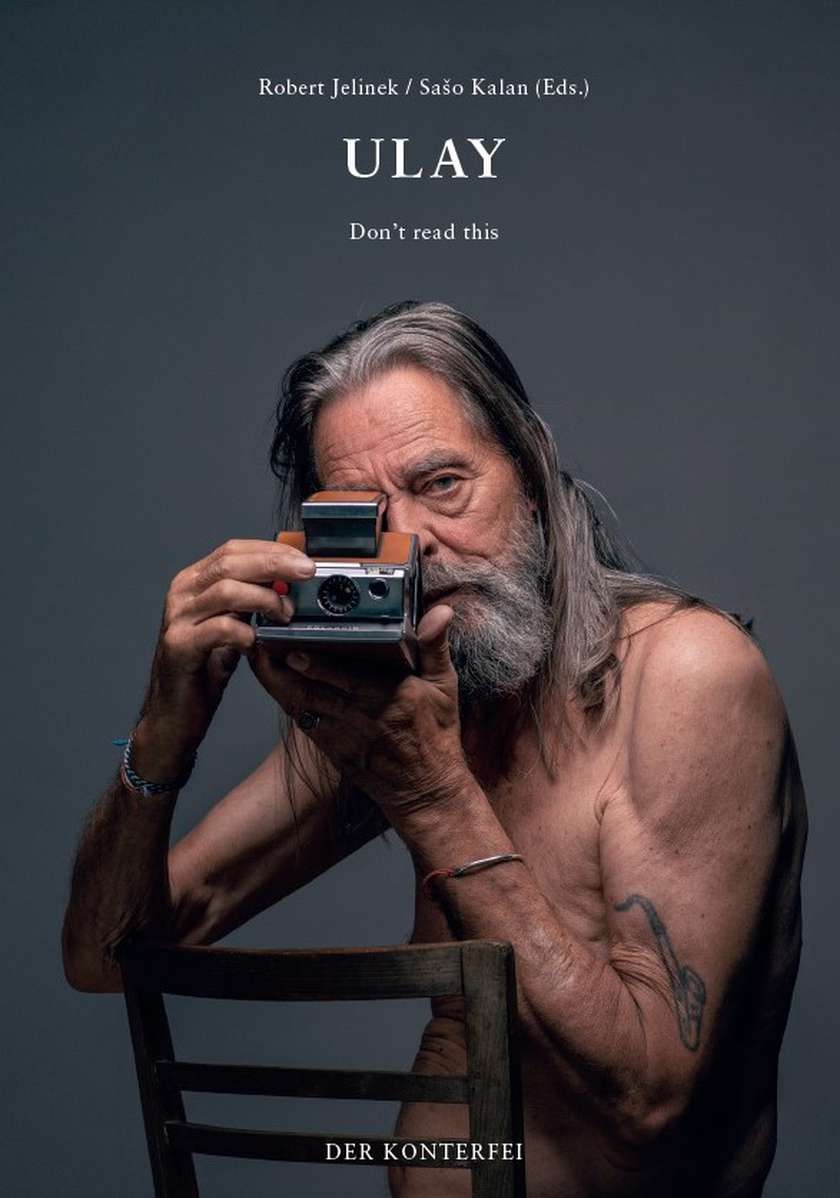 "Ulay is one of the pioneers of performance art. His practice is not about human alienation, but rather the kind of alienation that captures art and then forms its own identity. Its experience cannot be captured by Ulay -- yet when immanence is grasped, the inner drive, uncontrollable urge, or the "must" become artistically visible as a necessary consequence. The must  is Ulay's lifeblood; a driving force and principled approach to draw from himself and his own creativity; something he learned during the course of his life, often involuntarily as a chance to survive. His investigations are directed towards what one could generalize as Conditio Humana, of which there can be expanded and extreme forms, but never a cathartic purification. In fact, the inexorability of most of his performances, in combination with the openness into which the audience is disbanded indicates that Ulay makes a point of denying catharthis in the sense of controlled emotional release. With his work, he mainly sought to find his own identity, which he continues to do today," wrote editors Robert Jelinek and Sašo Kalan.

DER KONTERFEI (SoS Journal; “The Likeness”), a publication series founded by Robert Jelinek in February 2014, is not a publishing house, but an extension of his artistic production, where epistemological interests are rendered as text in the form of books. DER KONTERFEI is a reduction to the origin and sources of Jelinek’s artistic activity, language, questions, contents, and a reflection of his opposites and his interactions with them. In this series the artist’s urge to visually depict and illustrate is temporarily abandoned in favor of elucidation in his readers’ heads. To Jelinek, each edition in the series represents a personal dissertation and an artistic work in its own right. DER KONTERFEI serves furthermore as preparation for the coming SoS Academy, and its publications already provide “course material” for that enterprise. In the form of conversations, essays, and manifestos, DER KONTERFEI portrays selected topics and personalities which/who reflect contemporary societal tendencies and which/whom Jelinek considers to be relevant to the future SoS Academy. The publication of “buried” knowledge, interdisciplinary strategies, and scientific and cultural texts committed to the humanist tradition is not only a lasting contribution to societal and technological progress, but also a calling card of the SoS Academy, providing its basic curriculum.