You are kindly invited to join us for a special guided tour of the "Hommage à Malevich" exhibition with the IRWIN collective, formed by five artists: Dušan Mandič, Miran Mohar, Andrej Savski, Roman Uranjek and Borut Vogelnik. The group was founded in Ljubljana in 1983 and is among the founding members of the artists’ collective NSK, as well as the NSK State, a “state in time”. 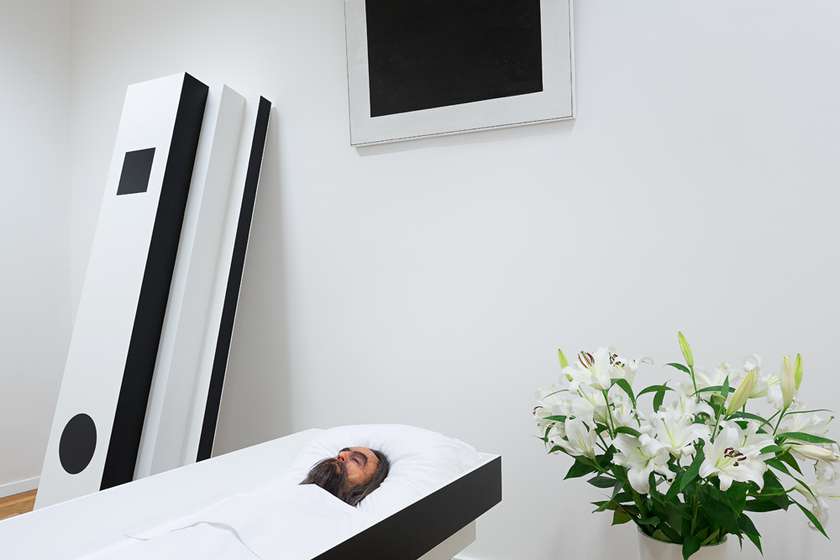 Modernism’s iconic image, Black Square, Tretyakov Gallery, Moscow: a painting by the Polish-Russian artist Kazimir Malevich, first exhibited at The Last Futurist Exhibition 0.10 in Petrograd in 1915, described as the most radical work of twentieth-century art, or the first absolute painting, zero painting, the empty painting, has always been – perhaps precisely thanks to its “mythical” status – an object of scrutiny by countless art historians, theoreticians, and scholars.