Performance "The Goddess Looking at Her Plečnik Temples in Ljubljana"

Elisabeth von Samsonow’a performance draws upon a characteristic of Jože Plečnik’s architecture: the fitting of structures in the form of a little version within a larger one. She deciphers these strong architectural details as iconic information relating them to Plečnik’s belief in the return of matriarchy, which he wanted to pioneer as an architect. 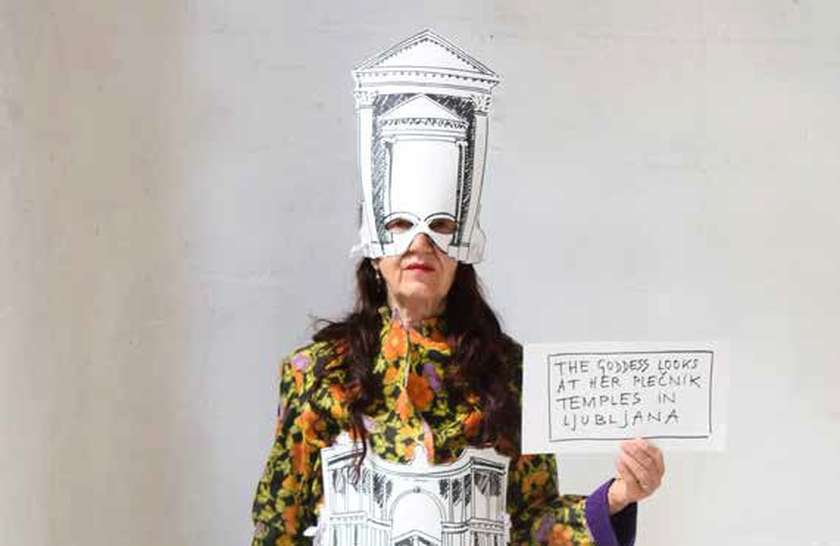 He considered architecture to be a tool of matriarchal ethics since it involves giving space, uniting, creating social bonds and highlighting basic ontological frames of existence to civilians. He felt that it was his duty to serve these ideas as an architect. Strolling through the city in a Plečnik inspired costume, Samsonow visits some major revolutionary monuments that obviously speak to matriarchy, for instance, the entrance to the Central Market does significantly speak of the power of feminine reproduction. On her chariot, she transports devices, notions and representations of the Goddesses’ hilarious return.