The exhibition Plečnik on Brioni on display in Varaždin

From 24 April to 8 May, the State Archive of Varaždin is hosting the exhibition Plečnik on Brioni, supplemented by the architect’s projects realised elsewhere in Croatia, and some of his unrealised visions. The exhibition has been brought to Varaždin by ‘Nagelj’ Varaždin Slovenian Cultural Association to celebrate its 10th anniversary. Ana Porok who is in charge of the Plečnik House, Ljubljana, also addressed the visitors to the opening of the exhibition. 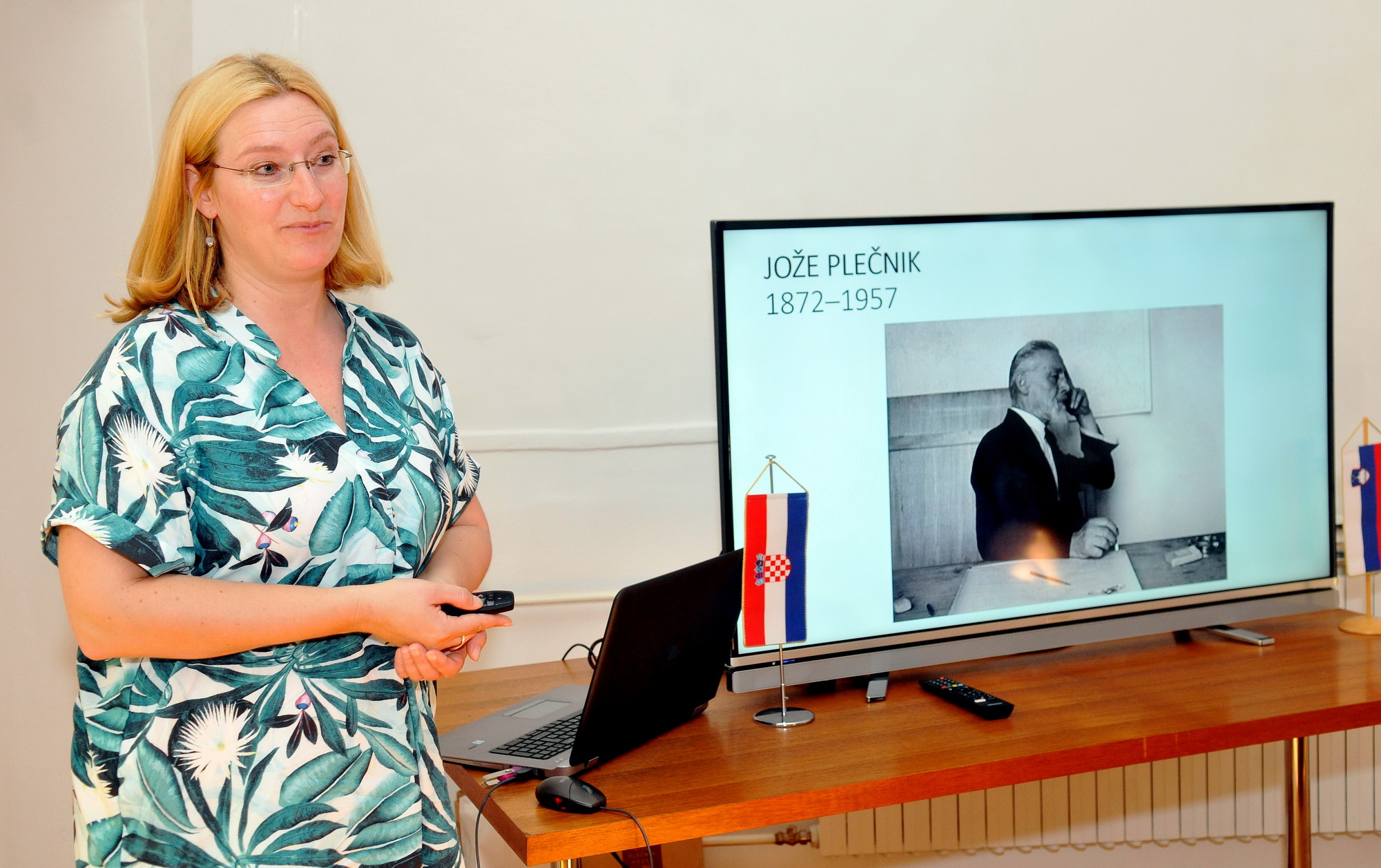 This is not the first visit to Croatia for the exhibition Plečnik on Brioni, the realisation of which was based on cooperation between the National and University Library and the Plečnik House where it was mounted from January to April 2017. Following the incentive of the City of Zagreb Slovenian National Minority Council, Embassy of the Republic of Slovenia Zagreb and the Slovenski dom, Zagreb association, it was put on display last autumn at The Croatian Museum of Architecture, Zagreb.

The current visit of the exhibition to Varaždin has been supported significantly by the Embassy of the Republic of Slovenia Zagreb and inaugurated by the ambassador Smiljana Knez, PhD. Visitors also had the opportunity to listen to Ana Porok, our museum curator who dedicated her lecture to Plečnik’s masterful approach to architecture in devising his Ljubljana-based projects, substantiating her absorbing talk by a wealth of visual materials.  The opening was also attended by authors of the exhibition, Marijan Rupert and Žiga Cerkvenik.

Visit our online gallery to see photos from the exhibition opening.