You are kindly invited to attend public talk of the artists who are currently part of two 'artists in residency' programmes in Ljubljana.  At Švicarija Creative Centre currently resides Marie Lukačeva from Prague, Czech Republic, while Cultural Centre Tobačna 001 hosts artist's tandem Fokus Grupa from Rijeka, Croatia. Public talk will be moderated by Alenka Gregorič (MGML - Museum and Galleries of Ljubljana) and Miha Colner (MGLC - International Centre of Graphic Arts). The guest artists will present their creative practices, showcase the works which are in the making during the residency period, share their world views and much more. 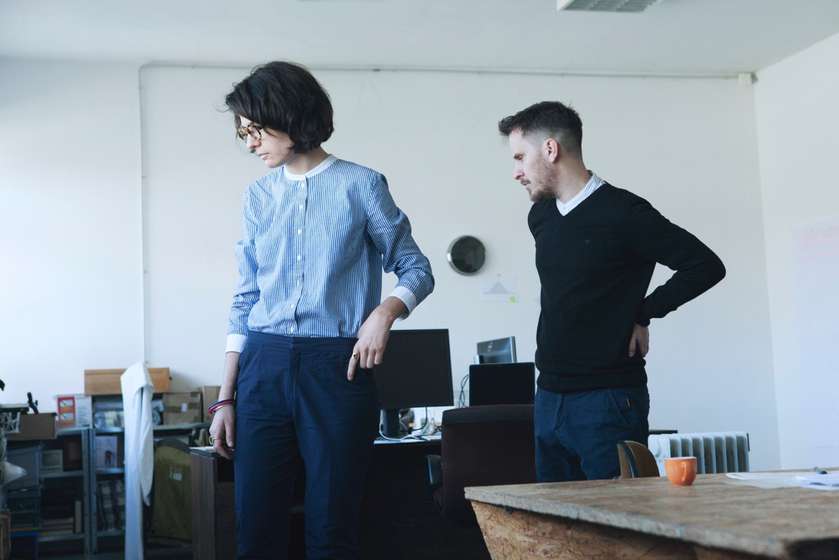 Art collective Fokus Grupa (founded in 2012) uses texts, objects and images, and incorporates them in mainly spatial installations and public interventions. These are focused on exploration of power relations within the art system and its public manifestations, as well as within the broader economic and social contexts. The group's work extends over the diverse disciplines and borrows and learns from design, architecture, curating and literature. Therefore, Fokus Grupa also works with occasional collaborators, be it with specialists for a specific discipline or for a specific topic. The collective is currently based in Rijeka, Croatia. At the end of the residency Fokus Grupa will showcase their new exhibition project at the Cultural Centre Tobačna 001 opening on 7 November 2018.

Marie Lukáčová (1991) is an artist who works across different media and who centres her practice on a narrative video which she tries to present in fantasy worlds where the virtual reality meets the social and political issues. She was part of non-hierarchy collective Studio without Master and activist group The Fourth Wave. At present, she deals with the relationship between polyamory, magic and economy which is being manifested in theoretical writings and visual pieces using different media, from video to textile. The artist lives and works in Prague, Czech Republic. She is the recipient of the two-month residency programme at Švicarija Creative Centre which is part of interinstitutional exchange between Futura Project, Prague, and MGLC – International Centre of Graphic Arts, Ljubljana.