You are kindly invited to attend public talk of the artists who are currently part of two 'artists in residency' programmes in Ljubljana. At Švicarija Creative Centre currently resides Thibault Scemama de Gialluly from Paris, while Tobacco 001 Cultural Centre hosts artist Dejan Kaludjerović from Vienna. 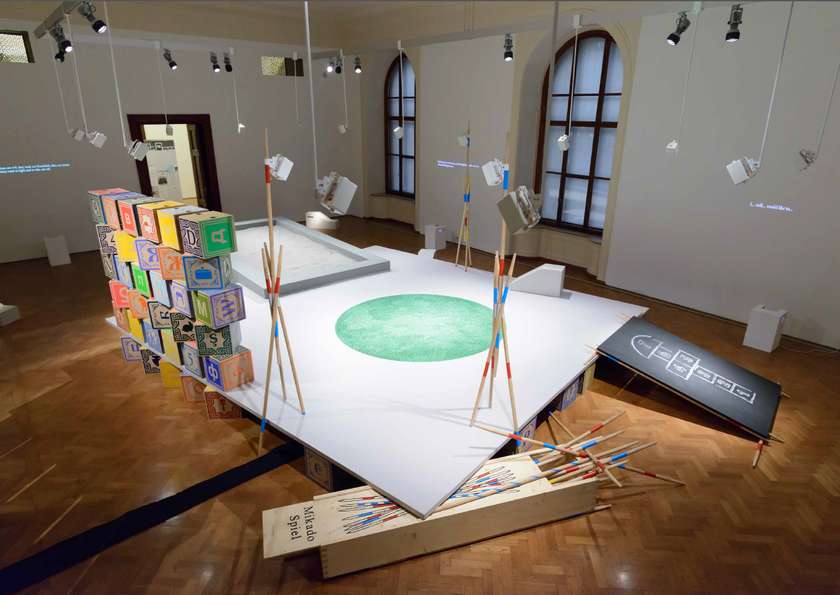 Public talk will be moderated by Alenka Trebušak (MGML - Museum and Galleries of Ljubljana) and Miha Colner (MGLC - International Centre of Graphic Arts). The guest artists will present their creative practices, showcase the works which are in the making during the residency period, share their world views and much more.

Thibault Scemama de Gialluly (1987) is an artist who is seeking to act as a geographer of the future, by creating extra territories. He tend to establish a user manual that would be shaped like a perpetual scalable scenario going through a drift across the world and a plausible new practical history. The artist who lives and works in Paris is building a setting for new common fictions. Artist is the recipient of the three-month residency programme at Švicarija Creative Centre which is part of interinstitutional exchange between Parc Saint Leger, Nievers, and MGLC – International Centre of Graphic Arts, Ljubljana.

Dejan Kaludjerović (1976), born in Belgrade, completed his undergraduate studies at the Academy in Vienna, where he lives and works, and his postgraduate studies at the Academy in Belgrade. From the start of his artistic career at the beginning of this millennium, Kaludjerović has been exploring the conjunction between consumerism and childhood with a view to analysing how the identity and stability of representative forms are established. Artist is a current resident at Museum and Galleries of Ljubljana’s two-month residency programme. At the end of the residency he will showcase his new exhibition project at Tobacco 001 Cultural Centre opening on 24 April 2019.