Axolotl and proteus are distinguished for their longevity and even more so for their extraordinary regenerative abilities and they maintain eternal youth even in adulthood. These characteristics have made them the protagonists of ancient myths, part of cultural heritage, the national symbols of Mexico and Slovenia. 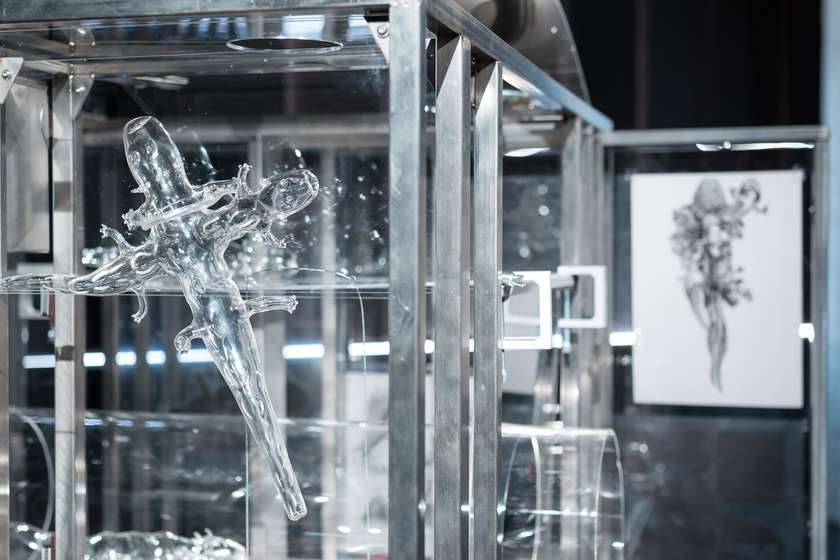 Robertina Šebjanič engages in investigating living systems (bio art) and sound. Taking on the form of interactive installations on exhibition grounds, her research-based art projects primarily focus on cultural, political, and biological realities of both marine and freshwater ecosystems. The exhibition Aquatic Twilight_Lygophilia presents a series of projects titled Lygophilia, which she started in 2017 to thematize two unusual creatures, the Mexican axolotl and the Slovenian proteus, and their love (Gr.: philéō) of darkness (Gr.: lúgē).

The opening of the exhibition will be accompanied by the first run of the project providing an enriched video content of Neotenous Dark Dwellers_Lygophilia. The project was edited by an art critic, curator, and researcher Annick Bureaud, the director of Leonardo/Olats, a French subsidiary of Leonardo/Isast, the non-profit organization for art, science, and technology. Gregor Aljančič and Magdalena Năpăruș-Aljančič from the Tular Cave Lab will present the life of the proteus in underground waters.