The exhibition Aquatic Twilight_Lygophilia presents a series of projects titled Lygophilia, which artist Robertina Šebjanič started in 2017 to thematize two unusual creatures, the Mexican axolotl and the Slovenian proteus, and their love (Gr.: philéō) of darkness (Gr.: lúgē). 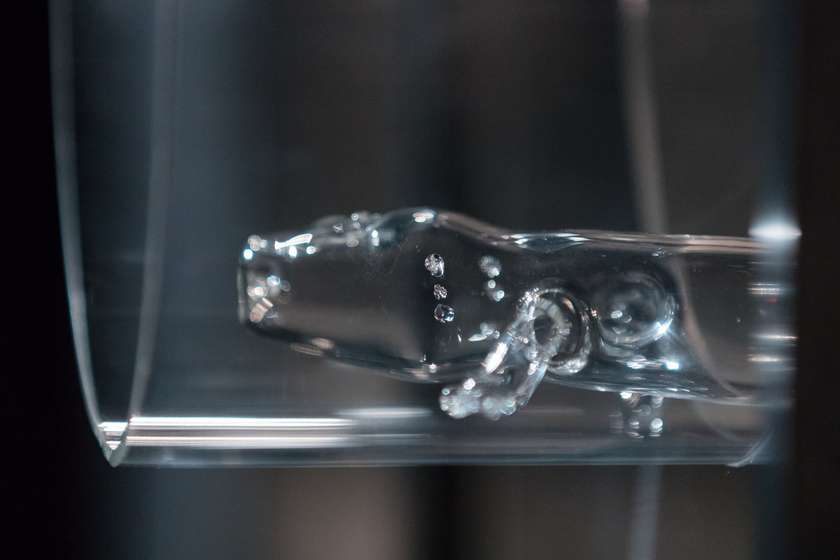 Part of the project will also be a visit to Tular Cave Lab. The laboratory serves as a sanctuary for injured specimens accidentally washed out of their subterranean habitat during seasonal flooding. Since 2008, over 25 cases have been documented in Slovenia and Bosnia and Herzegovina, and more 20 of these vulnerable animals were saved and successfully returned back to their source populations. The protection of Proteus and its cave habitat may truly be effective only by constant public promotion of the species as one of the world's prime symbols of natural heritage and subterranean biodiversity, as well as by emphasizing its vulnerability and karst groundwater conservation issues.