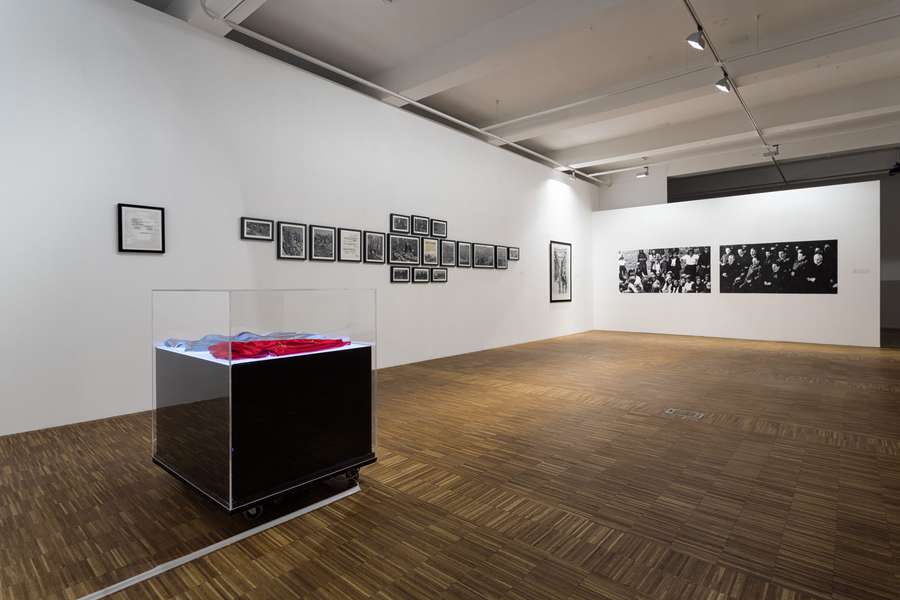 Real but not true

Adela Jušić explores the history of women's resistance in the area of former Yugoslavia. By organising a resistance women not only reinforced the Liberation Front, but also challenged the patriarchal structure that existed at the time and surpassed the traditional gender roles.

The artistic conceptualisation and creativity of Adela Jušić (Sarajevo, 1982) are permeated with her personal experience and memories as well as politics and feminist discourse. A lot of her work investigates historical violence against women, recent Yugoslav wars and the unpleasant reality rooted in them. She is an active member and a co-founder of the Association for Culture and Art CRVENA and within its frame one of the two prime movers of the project Online archive of Antifascist struggle of women of Bosnia and Hercegovina and Yugoslavia. Ljubljana’s audiences probably also know her from her participation in the festivals The City of Women and Red Dawns over the recent years.

The project "Real but not True", consisting of different media, investigates a relatively short period from the beginning of the Second World War to the middle of the 1950s, which was marked by drastic changes in politics concerning the position of women. At the onset of the war, women were massively mobilised to serve both as soldiers on the frontlines and behind the battle lines as part of the Antifascist Front of Women, and thus made their first massive strides into the public and political life in a manner that was previously unthinkable in the patriarchal society. Once the war ended, women were also made part of the joint efforts to construct a new state and a new society. In the post-war years, the political leadership declared the “women’s question” as solved. However, the rapid pace of women’s emancipation posed a direct threat to the patriarchal order and ultimately the AFŽ was dissolved at its Fourth Congress held in 1953. During the 1950s, women were called upon to return to their “natural” roles as mothers, housewives, educators, and nurses.

In her works, Jušić aims to problematise the role of women in the National Liberation Struggle and related politics of memory. Namely, the official versions of remembering turned those women who played an important part in the history of the struggle into idealised, almost allegorical metaphors with which mere mortals can hardly identify. Since the artist feels that the said policy has eroded on an important part of the emancipatory process, she wants to draw attention to the ways of (re-)creating the segment of the politics of memory that concerns the history women during the above mentioned period. Just to note some of the pieces exhibited… White Skirt, Red Skirt is based on the life stories of Rava Janković and Marija Bursać in the book Heroines (1967), which examines women’s characters in the spirit of exalting the Antifascist struggle. Set in a display case, the two pieces are accorded a museum context, thus alerting to the widespread absence of such witnesses in historical institutions. If Needed, We Are All Soldiers represents a series of visual interventions taken from the photographic monograph Sutjeska 1943–73. The drawings, imbued with a monumental charge and a rare vision, and entitled The Five-Year Plan—A Happier Future of Our Nations, shed light on the position of women in the post-war Yugoslavia. The sound piece She Went to War, on the other hand, uses alternating Fascist and revolutionary songs to assert that the women’s incentive for joining the National Liberation Struggle was not only based on their patriotic sentiment but also on the desire to attain equality with men. 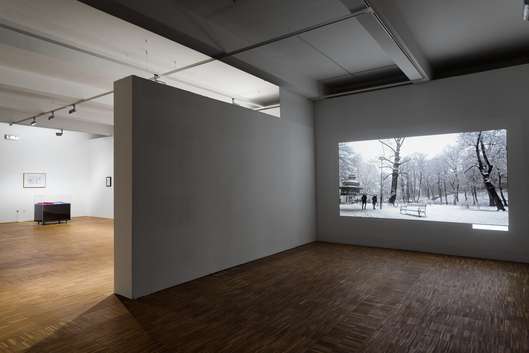 Thu
Mar 2017
Guided tour
5 p.m.–6 p.m.
Cultural Centre Tobačna 001
Guided tour of the "Real but not true" exhibition
Adela Jušić's project titled "Real but not true", which presents works in various media, is centered on a relatively short time period from the start of World War II to the mid-1950s'. Drastic changes occurred during this period regarding women's rights.
All events - Cultural Centre Tobačna 001 • All events - MGML