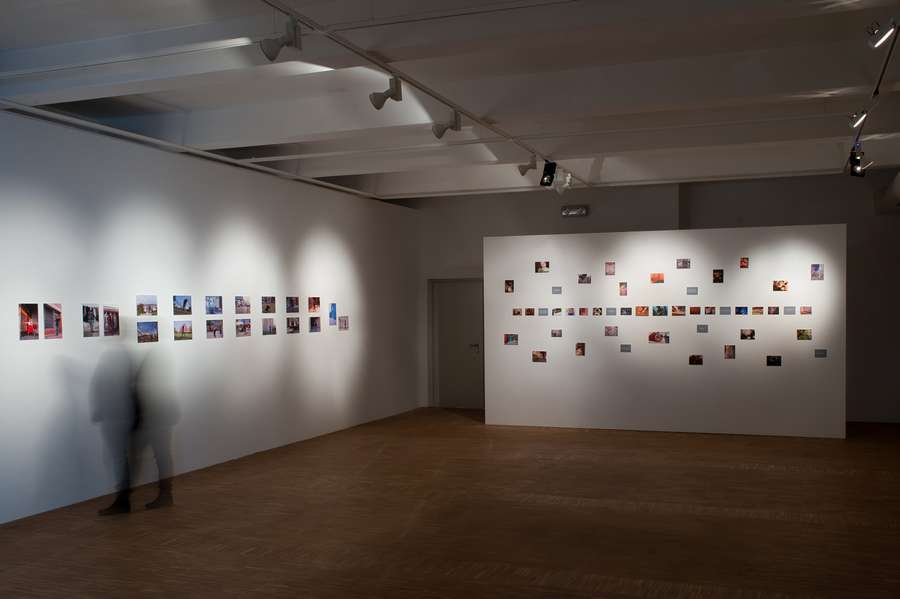 In Cultural Centre Tobačna 001 our resident artist Qëndresë Deda from Kosovo presents a new project which is a part of the residential exchange between Stacion - Center for Contemporary Art Prishtina and MGML.

The concept of self-portrait (as a sub-genre of portraiture), which encyclopedias and lexicons describe as the artistic depiction of one's own image by underlining its individuality, has not been unambiguous for quite a while. Dealing with one's own image, personality, and identity by means of self-portraiture is one of the most complex themes of visual art, but in the light of modern philosophical and psychoanalytical theories of identity, such a form of self-referential artistic practice is becoming a challenge in itself.

Whether identity is understood as a coherent ego, an alienated mirror image, a reflection of how others see us, or as a temporary social construct, the photography of Qëndresë Deda (1988, Priština) is characterized by ruminations on her own image. Because she uses the camera as a medium for exploring the projection of herself, she uses photographs for the detection of a myriad of different dispositions, states of mind, fantasies, and as a stage on which she can analyse numerous levels of her identity. She uses so-called social media to present her photography, media that together with digital technology have radically changed the attitude of the younger generation to self-awareness and enabled considerable manipulation of methods of self-representation. The artist's self-portraits thus come across as varied forms encompassing the placement of the figure in the urban environment, the treatment of the face and body, and the recording of emotional states.

At this exhibition, Qëndresë Deda presents two series of self-portraits. The series of urban images, entitled Ljubljana-Priština, which is arranged in diptych form, is conceptualized with regard to the phenomenon of the immediate environment. It is built on the experience of the binary nature of living in Pristina and fitting into an unknown cultural milieu. In the latter, the artist explores those aspects of the city that remind her of her hometown and attempts to find the answer to the question of whether she is different because she has moved from her everyday life and the forms she is used to. Series D comprises works arising from her search of the visual-sensory relationship between image and word. The introspective self-portraits mostly present parts of her body, complemented and upgraded with keenly emotional and personal texts. By such, she documents her internal and external image and asks where exactly her identity lies and how it is constructed.

The exhibition entitled "Tukaj in Tam" [Here and There] does not represent a nostalgic album of events and locations, but addresses the direct connection between the present and the past. It is characterized by elements incised on the identity of the artist, who is torn from her comfort zone, and can be read on spatial and mental levels.