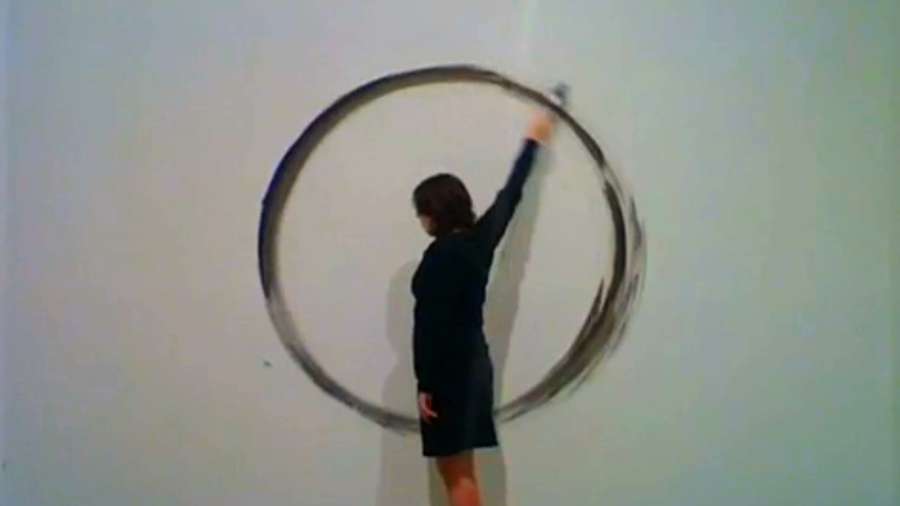 Ontologically speaking, holes present a quandary: do they exist or not? As a noun, they are defined as such; their existence is at least nominal. Materially however, that which surrounds them – the things from which their presence predicates absence – always-already determine the presence of holes. The notion of a sovereign hole might be better understood as simply nothing. In order to recognise a hole as such, there needs to be a something for the hole to interpolate. A hole is a parasite from the void: a negatively charged paradox whose nominal existence disguises an essential un-being. This apparently palliative dissimulation – the appearance of presence to veil desperate absence – might be understood as a harmless reparative if it weren’t so manifestly dangerous to confuse nothing with something. Within the moving image, holes define the presence of the medium.

Those dividing lines that lie abyssal between every discrete frame can only be traversed via an illusionary bridge: the persistence of vision. This impression of movement is an analgesic of ideological potential. A shot of a spot-lit coin-toss before that unblinking void. Where film is materially discrete – each image a fragment divided from its intimates by a runnel of nothing – analogic video constructs its images in perpetuity: through the incessant sequential scanning of light-sensitive phosphors, the image is never fully present, either spatially or temporally. The nothing and the something confuse – or rather, the nothing’s boudaries begin to bleed – encroaching upon the something, upon the image. Here as everywhere else, no thing has nothing to lose. (Each of those attenuated black lines incising the reel of film is the same attenuated black line: a single, fifty kilometre long tendril of the void threading its way between the images. And that long shadow lurking within the VHS copy film noir is a mere stooge for the blind eyeball of a TV on standby) Digital video is something else, of course. The appearance of movement is no longer predicated on the recurrence of absence. – It is not predicated on recurrence at all: there is simply no movement because there is no matter. The digital is entirely hole. Defined by its own dreamed-of, vacated representations.