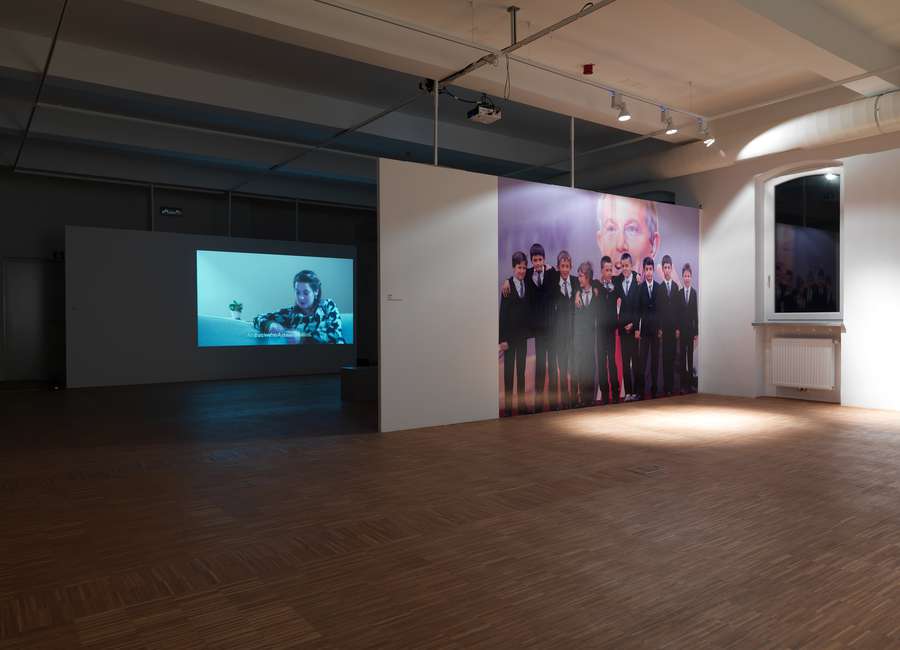 It’s All About Names

Young artist from Kosovo (born 1980 in Mitrovica) is showing an exhibition project, which took shape during the two-month stay in CC Tobačna 001. His recent work, video and photo installation addresses socially engaged themes that are central to his art practice through individuals and their names.

During his residency at the Tobačna 001 Cultural Center, Alban Muja made another work in a series that deals with the stories of personal names that not only refer to individuals entered in population registers, but which have narratives of their own, often with political connotations. The show also presents two older works from this series: video recordings of the stories of a girl called Palestina and a man named Tibet; both protagonists are Albanians from Kosova.

“ … Palestina is a story about a Kosovar who is named after a country that doesn’t exist—a joke that is certainly not lost on Muja. There are obvious linkages between Palestine and Kosovo, not only in the heartbreaking violence of 1982 (when Palestina was given her name), but in the no-place status of each territory and the constant mapping and remapping of space that makes national identity imprecise. In Muja’s video, however, this is all tertiary. Palestina is a work about a young woman indulging boastfully in her unusual namesake. Everything else—Kosovo, non-sites, national identity—is embedded so deeply in the personal experience of Muja’s subject that they become almost obscure. Appropriate to the smiling young woman in his video, the very possibility of a Kosovar named Palestine becomes a little joke—an inside joke. And of course, inside jokes aren’t really funny. They are an adhesive, usually social but in this case historical, binding the political past with the present in ways that imbues it with something like meaning.

Strange names are a recurring theme for the artist. Similar to Palestina, his video Tibet (2009) is the story of a Kosovar Albanian living in Switzerland who was named after the Chinese territory. Like Palestina’s, Tibet’s name has obvious correspondence with Kosovo’s history of ethnic violence and struggle for independence. Yet the narrative focuses primarily on how Tibet’s unusual name affects his daily life, and it ultimately ends with a humorous story about his marriage. …”*

In Ljubljana Muja filmed the story of a girl called Ajda Kruh (Buckwheat Bread). In Slovenian the name Ajda (buckwheat) is not perceived as literally by itself as it becomes in this case, when it is followed by the last name Kruh (bread). In an almost ten-minute monologue, Ajda earnestly and at times playfully tells her poignant life story that led to her decision to change her last name to Kruh, as well as some of the ensuing incidents.

The work with which Muja rounds off his exhibition narrative is a photograph entitled Tonys. It is a group photograph of nicely dressed Kosovar boys with one common denominator - each and every one is named Tonyblair, they were all born in 1999 and named after the then British Prime Minister Tony Blair.
*
Chris Reitz, from the text in the exhibition catalogue to be published at the end of the show.