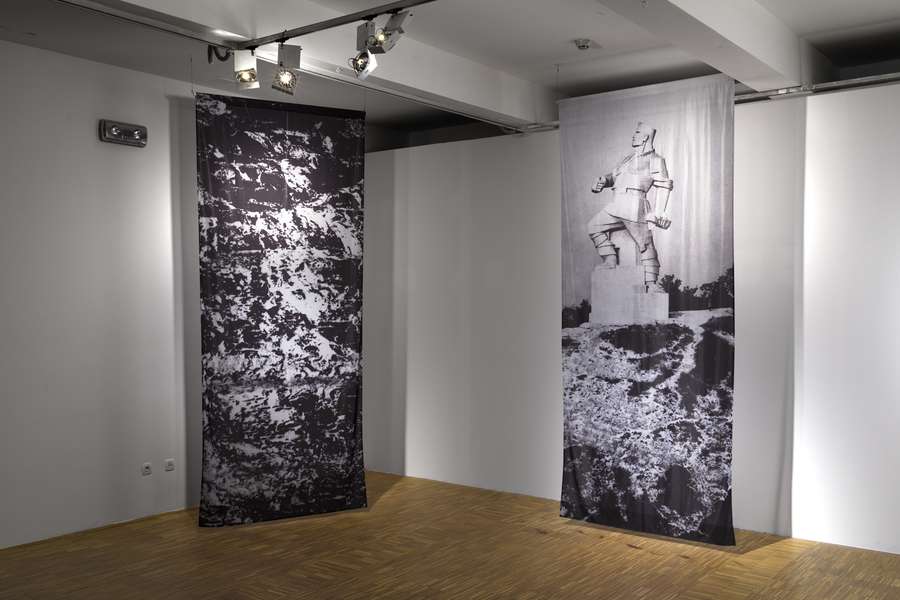 A representative of the young generation of Ukrainian artists, Nikita Kadan is the recipient of the main PinchukArtCentre Prize in 2011 and the Future Generation Prize in 2014, a member of the art group R.E.P. (Revolutionary Experimental Space) since 2004, a founding member of the curatorial and activist union Hudrada since 2009, and a co-editor of the Kiev-based online cultural magazine Prostory. Completing his two-month residency in Ljubljana, he is presenting himself with a solo show at the Gallery 001.

Kadan is a critical observer of the social, cultural, and political situation in Ukraine, whose reluctance to face its past, also witnessed in other post-socialist countries, has driven it to disown and forcibly destroy the legacy of times past. In his works, which consist of paintings, drawings, graphics, and installations, he records, documents, and interprets the remnants of avant-garde monuments and (neo-)modernist architecture in Ukraine. In this way, the artist creates parallel stories to the predominant ideology, which seeks to negate even the most positive accomplishments of the past. With the use of the drawing, he links authorial photographs and reproductions from old books portraying the past pervaded with optimism to the concept of nature as a system of self-preservation and self-restoration.

The first segment, the tripartite installation created for the gallery space, displays raw footages of the sculptural and architectural accomplishments of the avant-garde and modernism taken from various literary sources as well as different kinds of documents relating to Ukraine’s industrialisation and other technological innovations. The second segment of the installation showcases the photographs Kadan took on his journey through the Donbas region and combined with gouache painting. As a result, the visual document of the architecture of the past is converted into a base upon which the artist draws tree foliage, seeds, growth rings, and decomposing tree trunks, thereby allowing the added elements to invoke associations with our basic understanding of nature – transience, decline, and decay.

The central part of the installation consists of two floor-to-ceiling prints on fabric, functioning as curtain room dividers. One features a photograph of the last existing avant-garde monument to the working class from the 1920s (monument to Artem by Ivan Kavaleridze, 1927) and the other a photograph of coal, the most important natural resource of the Donbas region. The abstractness that characterises the image of coal, once the main driver of the Industrial Revolution, serves as a metaphor for failure, temporariness, and devastation. The ostensible purity of the burned material speaks of the remains, the rubble of times past, deposited layer upon layer under the earth’s surface until it eventually regains its purpose. 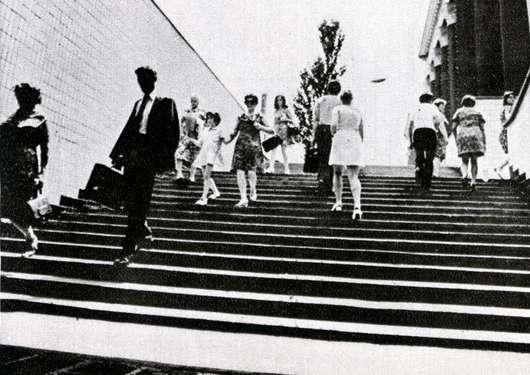 Tue
Jun 2018
Opening
8 p.m.
Cultural Centre Tobačna 001
Opening of the "Burned Material" exhibition
The central part of the installation of the artist Nikita Kadan consists of two floor-to-ceiling prints on fabric, functioning as curtain room dividers. One features a photograph of the last existing avant-garde monument to the working class from the 1920s and the other a photograph of coal, the most important natural resource of the Donbas region.
All events - Cultural Centre Tobačna 001 • All events - MGML