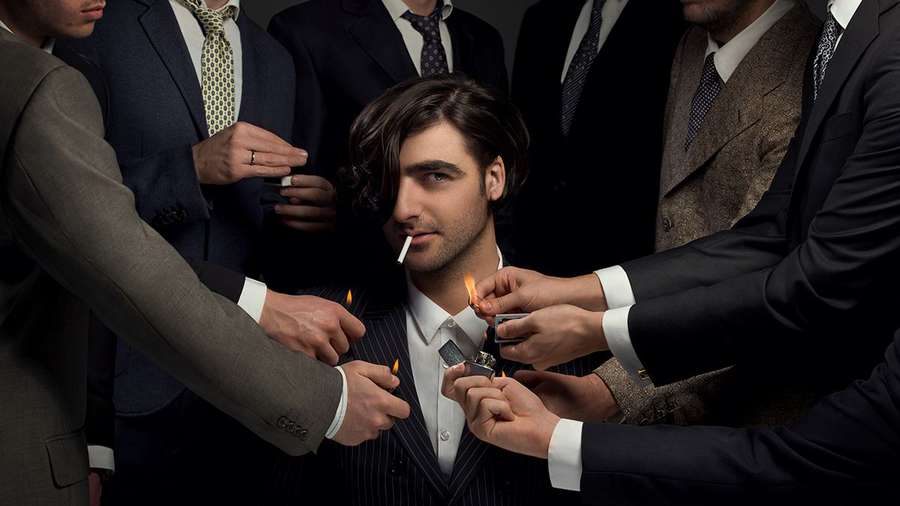 I do not want my lover to go to work

In his artistic practice, Dante Buu (Rožaje, Montenegro) combines photography, text, video, embroidery and performance. His works are underscored by an incessant inquiry into the increasingly blurred boundaries between the private and the public as well as between the voyeuristic and the participatory. In addition, they scrutinise traditional gender roles and associated stereotypes as well as ever more fluid identities in the digital era.

Closely associated with the artist’s home environment, "I do not want my lover to go to work" places the disappearing tradition of the textile trade – historically, the domain of women – into the contemporary capitalist context. Buu chain-stitches a thin white contour of a naked body lying down into satin, a piece of cloth whose intended purpose to become a woman’s dress was never fulfilled. The image alludes to a simple chalk outline of a dead body and its position at a crime scene. With modern forensics having abandoned the use of chalk outlines, one is free to view this practice beyond its original purpose. Buu uses it as a physical representation of emptiness, absence and longing. More specifically, he ties it to the situation of the artist as precarious worker, that is, a worker confronted with many problems of subsistence, unable to live a full life due to taking on ever new jobs in order to make ends meet or having to leave their country in the search of a better life abroad.

New technologies, most notably social media platforms, have enabled the expansion of new forms of identity as well as multiple identities. The four-channel video installation "Weekend Lovers II" explores the idea of fake identities – constructed on the basis of traditional gender roles to suit socially acceptable norms within patriarchal society – presented through social media. The work shows a woman and a man kissing, representing the perfect heterosexual couple according to the heteronormative standard. Their kiss, which seems to go on forever, is interrupted by the scenes of male couples kissing in dim corners or nightclub bathrooms, leaping in sequence to parasitise one of the screens.

While the titular work "I do not want my lover to go to work" questions notions of metaphorical presence through absence, "Mama I am OK" thematises it through familial relationships – particularly through issues concerning honest communication with parents. The series is comprised of twenty-one typewritten postcards the artist wrote one summer in Trieste but sent to his mother in Rožaje from Sarajevo. The artifice extends not only his place of residence but also to his simple and clear sentences that nevertheless convey multiple meanings, which may also be due to the shroud of confidentiality surrounding them. Finally, it is the very purpose of a postcard – to exchange multiple hands and be read by anyone – which makes any kind of intimacy that might be contained in a postcard a mere illusion.

Art practice as a means of resistance against marginalization

“Dante Buu is a young Montenegrin artist currently participating in the artist-in-residency programme in Ljubljana. He comes from Rožaje – a town in Sandžak, situated on the border between Montenegro, Kosovo and Serbia. Producing needlepoint tapestries and various kinds of needlework, Dante creates art that is in complete contrast with the typical patriarchal mainstream."

The Artist Residency Centre Tobačna 001 is currently hosting Dante Buu (Rožaje, Montenegro). In his artistic practice he combines photography, text, video, embroidery and performance. His works are underscored by an incessant inquiry into the increasingly blurred boundaries between the private and the public as well as between the voyeuristic and the participatory. In addition, they scrutinise traditional gender roles and associated stereotypes as well as ever more fluid identities in the digital era. 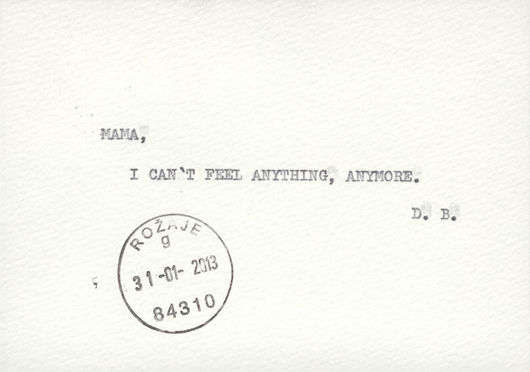