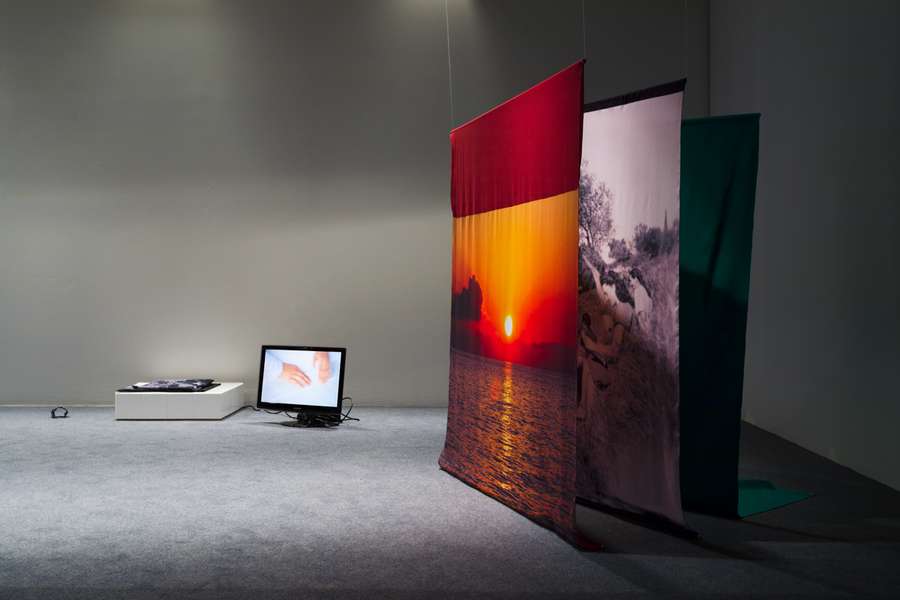 There is something tenacious about the fragility with which Natalija Vujošević communicates her thoughts and emotions–insights and affects–in her referential installations. This determination is provoked by the hardly bearable mission she is conducting, and she conducts it on her own terms: the mission to contemplate banality. Instead of exposing, appropriating or laughing at banality she aims to actually and urgently contemplate it from a rather melancholic, yet critical, attitude. As Benjamin argued, it is in fact the state of ruin that materialistically exposes this remarkable conceptual combination of melancholia and critical vigour.

The installation entitled “Rome” picks up on the banality of utterances. A real estate investor opening a luxurious resort on the Montenegrin coast pompously exclaimed: “They say that Rome wasn't built in a day, and the same can be said of this wonderful project.” The very mention of “Rome”, of ancient Rome, conjures in our minds the imagery of beautiful ruins, through which we might also learn about the great empire. Apart from providing an obvious and convenient excuse for the apparent delay of the project, the reference to Rome somehow implies an already built-in awareness that by finishing a “wonderful project” one already anticipates its state of, epic or lyric, ruination. The way how capitalism functions and glorifies itself today is that it produces its own ruins instantly–there is no time to wait for the enchanting patina to emerge, there is no “age-value” to accumulate.

This is also a paradox of contemporary art: it is an art that has practically no time to rest. The time is so densely condensed within its operational logic that it produces a sense of a hyper-now, a sense of urgency that, obviously, kills contemplation. Vujošević rejects a “casual” or “off-beat” mood when establishing relations between the gathered elements comprising her installation. By carefully crafting her installation, she fosters a combination of a hardened confrontation and passive normalisation to be found in the space between generic images and archival documents, between irrationally designed clothes and a firm block of ceramic tiles. The indicated space is one of neat and clean exploitation and muted violence. The videos showing the hands of a maid folding and arranging towels and bed linen provide referential evidence. Vujošević builds a paradoxical space, both fragile and hardened, in which we take part in her pensive contemplation and critical reasoning.

The art practice of Natalija Vujošević focuses on the transmission of life and reality into spaces of exhibition activities. She aims to do this in a number of different ways, but most often by transposing elements from nature, such as wind, sound or smell, and sometimes also real people and their worlds, into gallery space to speak to our senses.