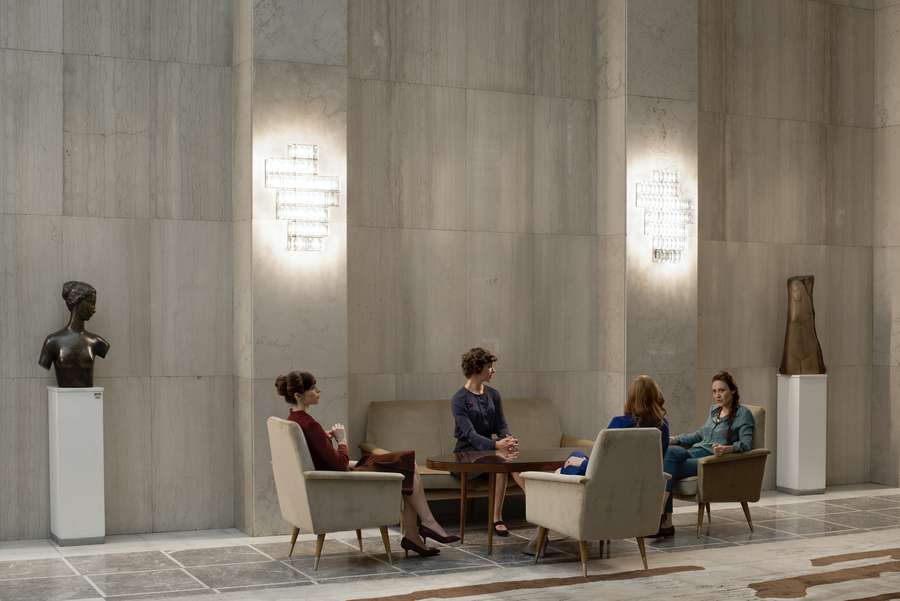 London-based Slovenian artist Jasmina Cibic is being presented to Ljubljana’s audience with a segment of a tripartite exhibition and film project entitled ‘Spielraum’ that draws on an essay by the Austrian writer, translator and satirist Karl Kraus.

The entire multiannual project is contained in the homonymous book, which will be presented to the public at the opening event and describes the author’s reflections and personal views on the inception and development of the project.

The exhibition in the Tobačna Gallery is divided into two gallery spaces that constitute the basis for the reading of each respective element in the installation and, taken as a whole, provide a complex insight into the project’s theme. Cibic’s artistic focus is directed towards integrating various genres of artistic creation: in her videos, she often employs documentary and archival materials and creates elaborate narratives using selected architectural elements. Through the reconstruction of written sources, set design derived from existing building components as well as design interpretations conveyed by way of scene and costume detail, she creates an integrated unity of forms, while also providing an insight into past architectural accomplishments and their inevitable relatedness to political ideologies and social processes.

In the first gallery space stands a female nude entitled ‘Land of Plenty’, a lost sculpture the artist attempted to recreate from scarce archival traces. The original sculpture, originally placed in front of the pavilion of the Kingdom of Serbs, Croats and Slovenes (later Kingdom of Yugoslavia) at Barcelona’s EXPO 1929, represented the stately Mother Nation. The gallery space is partitioned with a curtain whose design is derived from the tapestry that adorns the walls of the former Palace of the Federation in Belgrade where Cibic made the last film in her ‘Spielraum’ trilogy. Entitled ‘Tear Down and Rebuild’, the film is put on view in the exhibition’s second gallery space. Through the dialogues of its four female protagonists–a Nation Builder, an Artist/Architect, a Pragmatist and a Conservationist–we follow a historical ensemble of speeches and discussions by politicians, activists and terrorists on the subject of nationally and ideologically representative architecture. Should this architecture simply be destroyed, reworked or renovated? The quotations used in the dialogue become a timeless search for answers to the questions of the past and the challenges of the present. Through the intertwinement of various materials relating to historical figures with the spatial installation the project is configured into a temporally indeterminable whole. It is precisely the abstracting of time and space through the non-linear combining of materials from different periods, the dissolving into timelessness and spacelessness, that lends Cibic’s work a distinctly socially critical note.

Special thanks to: Umetnostna galerija Maribor 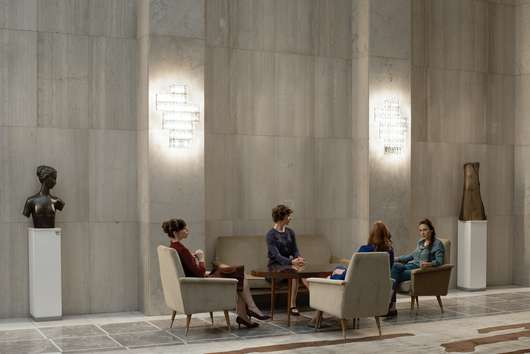 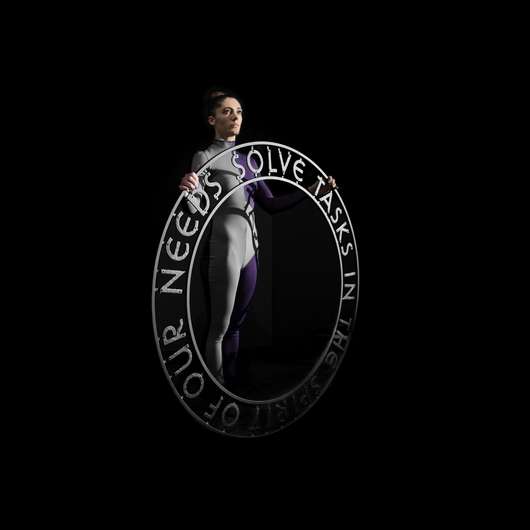 Fri
Feb 2019
Opening
8 p.m.
Cultural Centre Tobačna 001
Opening of the "Spielraum" exhibition
London based Slovenian artist Jasmina Cibic is one of the leading voices in contemporary art dealing with the relationship between art and architecture with ideologies and nationhood. Cibic’s projects depart from deep engagement with archives and historical traces, which the artist embeds in immersive film installations and performative works.
All events - Cultural Centre Tobačna 001 • All events - MGML