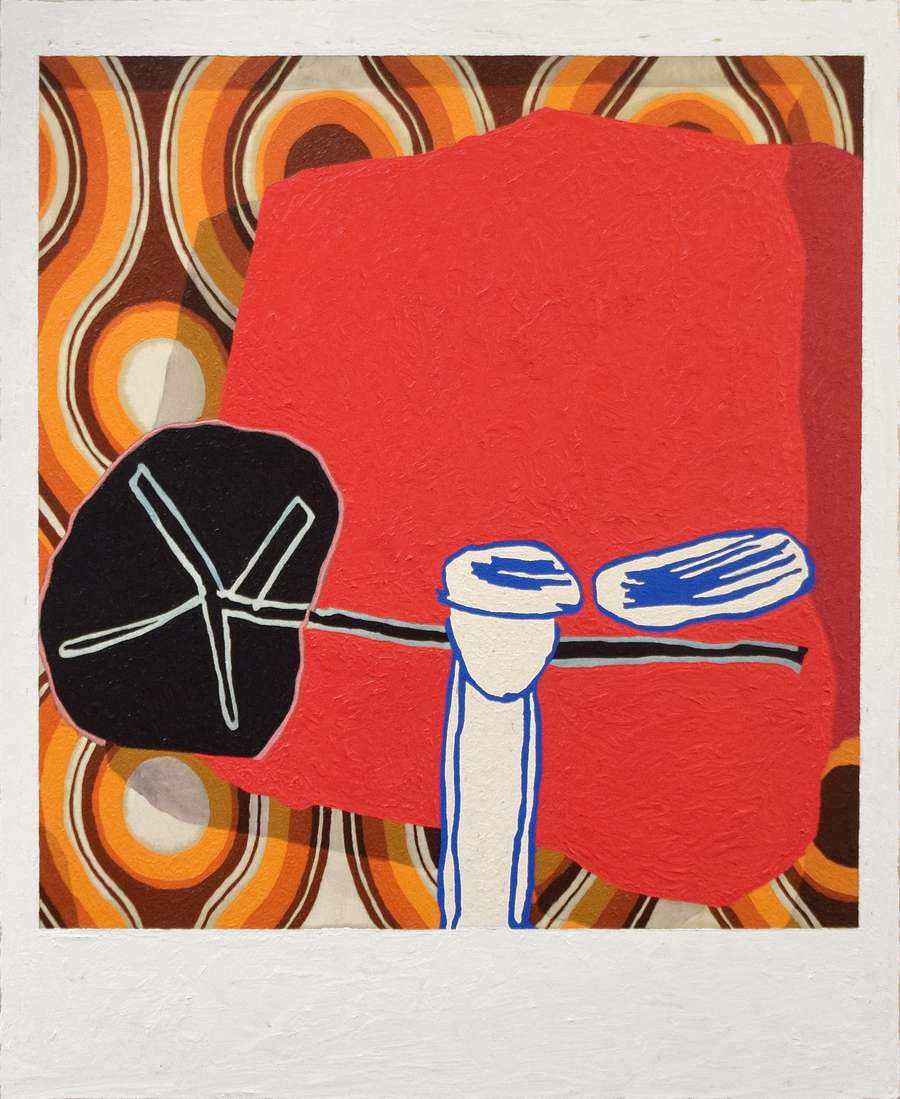 Certain contemporary artistic approaches and practices, especially those in which echoes of high modernism can be discerned, are sometimes described in terms of transcendental illustrations of “repressed meaning”. Such use of the notion of the unconscious in the field of the visual arts may also be seen as controversial, raising questions of what is concealed and allowing interpretive pirouettes and theories revolving around the sublime and the abstract.

Arjan Pregl’s latest paintings indicate a deliberately focused, conscious departure from the real to the imaginary, from the present to a past when the artist’s desire for creative expression was an intrinsic part of his development and still related to instinctual drawing. The spontaneous pictures of his childhood represent an important point of departure for reflections on form, color, and composition, for analyzing the strokes, lines, and forms from a time when the thought was subordinate to the form, and not vice versa. This escape into childhood and its drawings is not something new in the artist’s quest for answers to the burning questions of his existence and relation to society, as such introspections are a constitutive part of his artistic development.

Pregl’s artistic practice is unambiguously related to his numerous activities and engagement in the sphere of culture and more broadly in society, as he analyzes his reactions and translates them into art. This makes an unspoken word far more abstract and thus more debatable. While the GUGU GAGA series, exhibited at the Likovni salon Gallery in Celje in 2019, was produced in reaction to the often insulting remarks of viewers on seeing Pregl’s works from his Carnival series, shown at the group exhibition Time without Innocence at Moderna galerija in Ljubljana earlier that year, the artist has focused on artistic elements such as composition and colors in his new series Childlike Paintings. Gathering, analyzing, and rearranging his childhood drawings to provide a basis for his reflections about the dominance of form over content, he was also led to contemplations of appropriation, formalism, and color syntaxes, and reminiscences about the design and fashion trends prevalent in his early years. The yellow-brown palette typical of seventies’ interior design, the wallpaper patterns, and the edges on paintings that call to mind Polaroid snapshots are a thoughtful nod to the cute pictures the artist made in his carefree, uncomplicated childhood. By copying and consistently introducing scribbles in each of the nine canvases, however, he has again uncompromisingly slammed the door in the face of the unimaginative and perennially disapproving among the viewers.