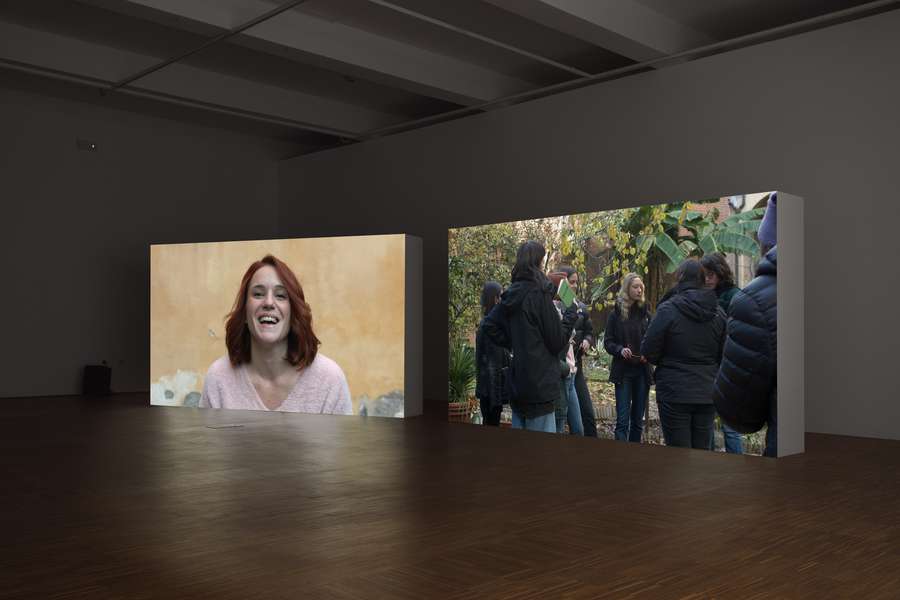 The project interweaves several threads relating to the history and present of Italian feminism, taking the form of a dual-screen video installation connected to a series of photographs.

The patio garden of the historical feminist centre Casa Internazionale delle Donne in Rome becomes the site of a casting and of re-enactments staged with a group of Roman women of different ages. These refer to a series of documentary photographs from 1972 showing feminist gatherings and consciousness-raising groups in Milan, Rome and Venice. The photographs originally appeared in a small book titled La strada più lunga (The Longest Road) by photographer Maria Grazia Chinese, published by the first Roman feminist collective Rivolta femminile. The casting scenes are based on poems, diary notes and dream reports by author, art critic and radical feminist Carla Lonzi who – together with Carla Accardi and Elvira Banotti – was one of the founders of Rivolta femminile and iconic leader of the Italian feminist revolt in the 1970s and 1980s.

The Casa is one of the most important historical seats of Roman feminism. Located in the Trastevere Quarter within a historic urban complex called Buon Pastore, it was erected as a women’s prison in the beginning of the 17th century. In 1983, it was transformed into a social centre for women and was squatted by feminist collectives a few years later. After long negotiations, a legal agreement was made to turn the site into the official institution that exists until today. In recent years, however, the city government has made numerous attempts to shut down the Casa, thereby threatening to erase an important part of feminist history. Thus, this project also wants to highlight the difficult situation this institution finds itself in presently.

The feral garden of the Casa appears as paradisal refuge and safe space – a utopian site at the intersection of nature and culture and metaphor for Lonzi’s thinking. It also references the role of gardens in feminist image production as sites of exchange of female experience, of intellectual and libidinal encounters and of rehearsals of queer sexualities. Its fragile equilibrium is a symbol of resistance against the planned destruction of the Casa: the women in the re-staged photographs refer to Chinese’s original templates in their positions, gestures, gazes and interactions, thus becoming characters between fiction and reality, linking visual and political cultures of past and present forms of feminism. 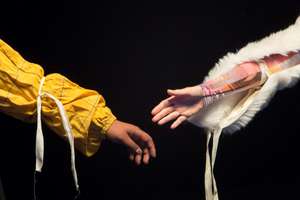