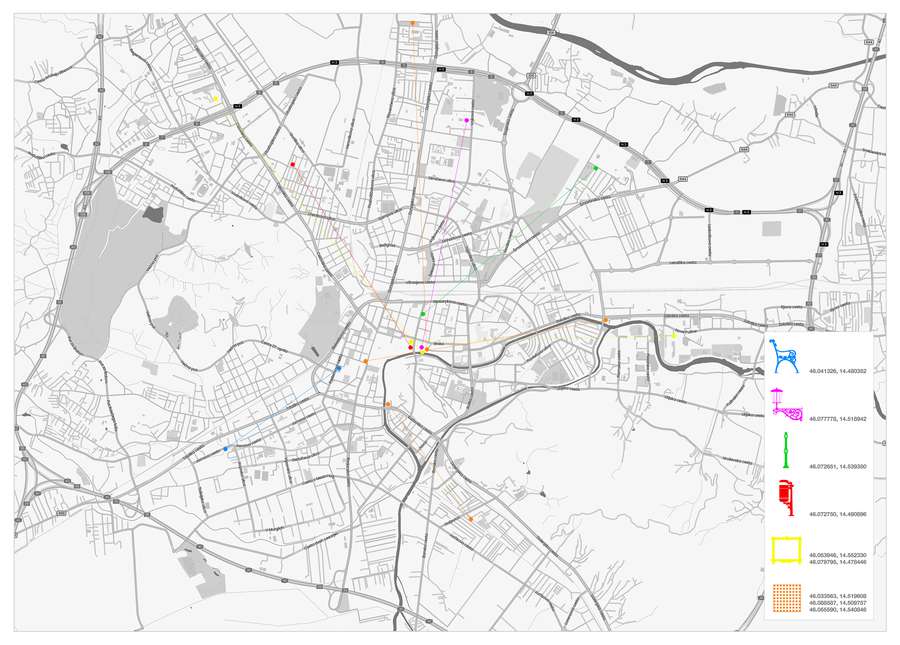 Danilo Milovanović's artworks are literally rooted in the urban tissue, for this is where the artist finds his inspiration and where he is most likely to display his works. He addresses important social issues through works that analyse and question the gentrification and commercialisation processes that take place in urban centres.

The artist's interventions, often almost undetectable at first glance, create cracks and disturbances in urban life and take advantage of the conflicts between nature and culture as well as between the opposing interests that struggle to achieve supremacy within cities. Even though Milovanović uses guerrilla tactics and a DIY approach, often crossing the line between art and activism in his artworks, he manages to remain one of the few artists to maintain poetic substance and unique subtility in his work.

Milovanović found inspiration for his newly created works displayed in this exhibition while looking through a catalogue of street fittings and furnishings published on the website of the City Municipality of Ljubljana. This document provides an insight into a well-thought-out system of street fittings and furnishings, created in different designs and from different materials for different parts of the city. The artist decided to take certain elements or fragments of street fittings created for the city centre and place them into the suburbs, creating small suburban islands of standards that are otherwise applied to the city centre. With these works, the artist questions the organisation of public spaces in the city centre and in the suburbs; he considers their relation and points to a complex series of socio-economic factors that form the dynamics of the urban landscape that reach beyond mere form. Milovanović establishes new relations between space signifiers and their contexts symbolically and in unexpected places. With this alienating gesture, which functions absurdly and comically, he opens up issues of economic segregation in a contemporary gentrified city.