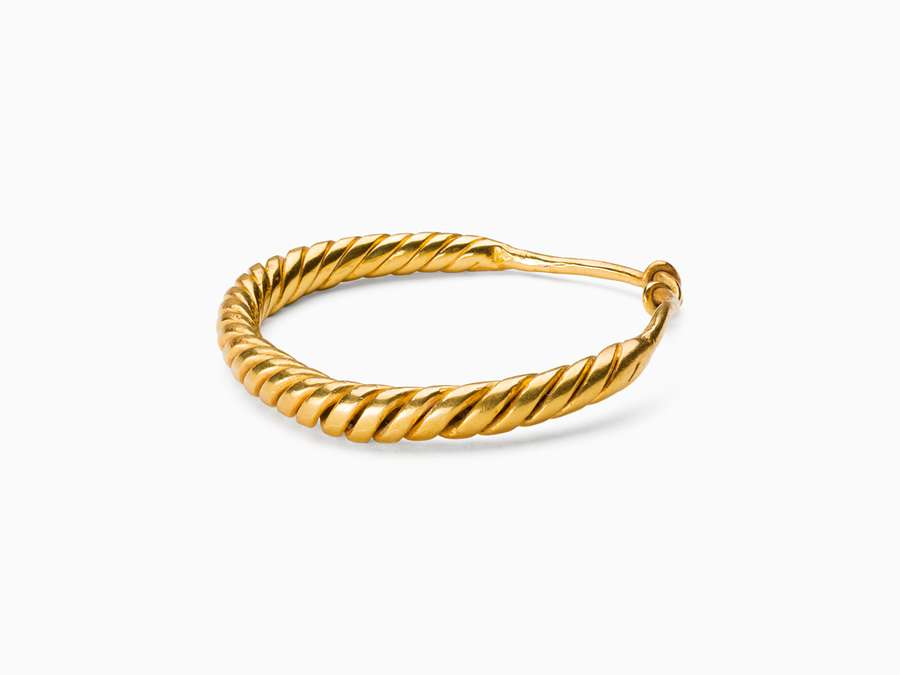 In 2017 and 2018 excavations were carried out in Gosposvetska Street, Ljubljana, by the Archaeological Consortium for Ljubljana, under the auspices of the Museum and Galleries of Ljubljana.

These excavations revealed the remains of an extensive late Roman burial ground on the section of Gosposvetska Street between Kersnikova Street and Slovenska Street, consisting of over 350 inhumations. The burial ground can be dated to between the second third of the 4th century CE and the first decades of the 5th. Preliminary findings suggest that the cemetery was associated with the Christian community of Emona, and that burials here started at the same time as the building of a square memorial cella, with a number of the inhumations in stone sarcophagi.

A reconstruction of the burial ground shows it to have been wholly unlike other graveyards in Emona and to have most closely resembled the cemeteries around the suburban cemetery chapels on the approach roads to Aosta, Milan and Aquileia. It also shows similarities with the famous pilgrimage shrines at Cimitile, near Nola in the Naples region, and with the cemeteries of early Christian Salona.

The Treasury of the City Museum of Ljubljana now presents one of the most lavishly furnished inhumations (3189). The deceased was a girl of approximately six years old, whose remains and costly grave goods have been preserved in a stone sarcophagus measuring 1.88 m (L) x 0.6 m (W) x 0.44 m (H). Both the sarcophagus and its roof-shaped lid (2.2 m x 0.78 m x 0.08–0.16 m) were made from the yellowish limestone, originating from a not yet precisely located quarry in the vicinity of Moravče.

At the time of her death, the girl was 115 cm tall. Anthropological analyses have revealed no particular pathological changes to the skeleton or any other traces that might indicate the cause of death. She was accompanied to the afterlife by several pieces of valuable gold and glass jewellery. Although the skeleton is rather poorly preserved, the arrangement of the jewellery in relation to the bones shows that she was wearing it at the time of her burial. In terms of value, these grave goods not only far surpass those in the other children’s graves, but also make this one of the five costliest burials in the entire necropolis. They include:

– a gold ring with a green apatite in a bezel setting, widened on both sides in the form of a sepal or petal;

– a small necklace made of sections of gold wire with loops at either end that interlock with the adjacent sections; and fastened with a gold hook-and-eye clasp with triangular zigzag-edged gold plates on either side;

– a massive gold bracelet consisting of a spirally twisted wire of circular cross-section, with evenly tapering ends knotted at the joint;

– a vertically ribbed bangle made of almost completely black glass with a massive D-shaped cross-section; with ribs additionally modelled into tiny protrusions.

The grave can be dated to the second third of the 4th century CE. The unusual sarcophagus burial combined with the costly grave goods bear witness to the fact that the girl came from a wealthy family with high social status. Judging by the location of the sarcophagus, she might have been a member of Emona’s early Christian community. 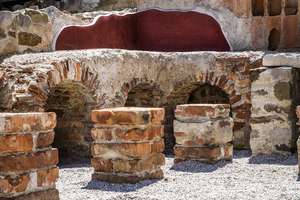