The central historical museum of Ljubljana and its surrounding 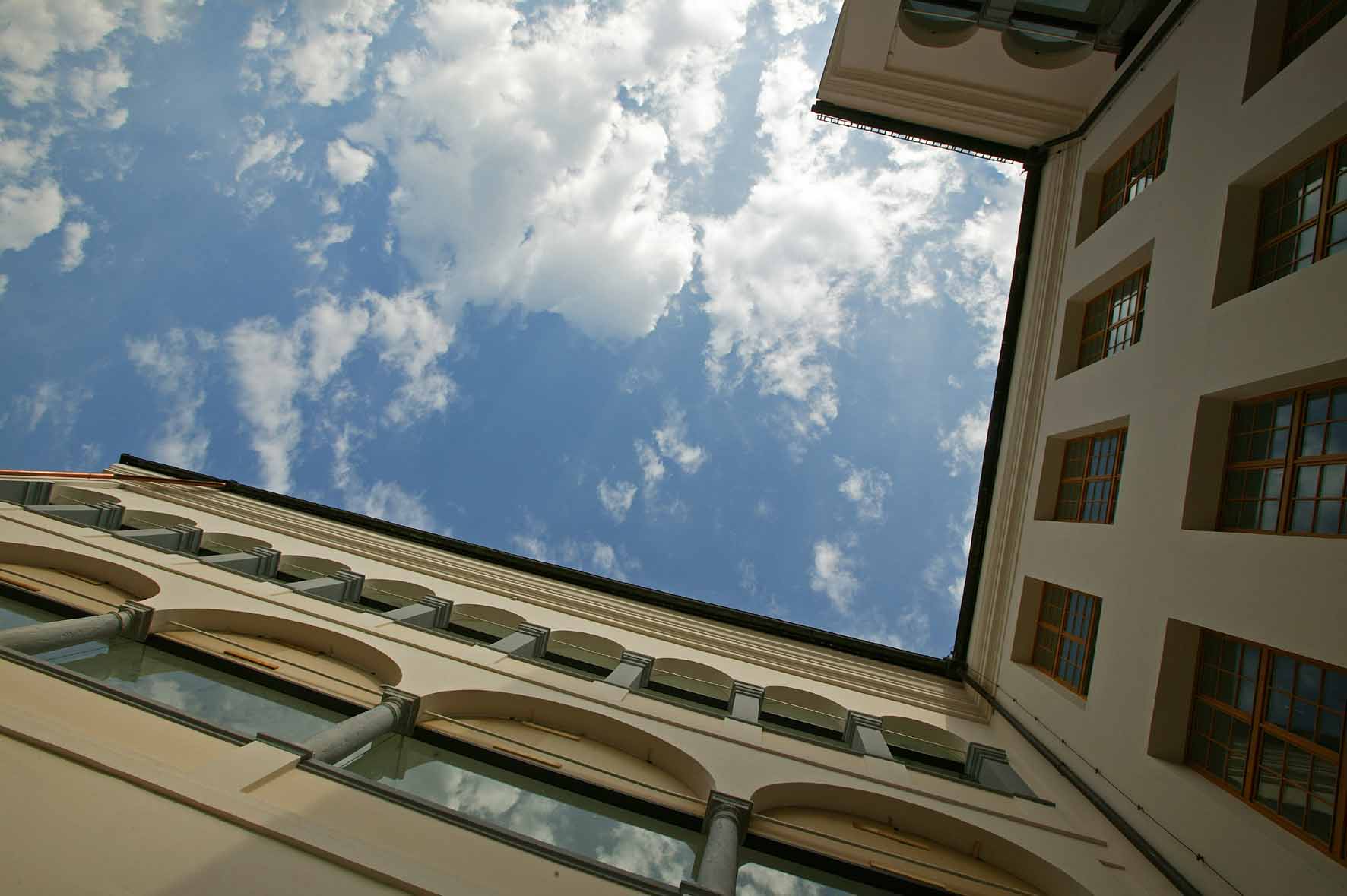 The City Museum of Ljubljana records, collects, documents, evaluates, preserves, interprets, researches, and presents the material and immaterial heritage from the area of Ljubljana and the city's wider surrounding area, dating from Prehistory to the present day. With the merger of the City Museum of Ljubljana and the City Art Gallery of Ljubljana in 2009 into the Museum and Galleries of Ljubljana, the city's largest cultural institution, the museum became part of the living and current museum-gallery offering in the capital. We maintain genuine contact with our local and foreign visitors, our exhibitions and events serve to popularise collections, and we encourage dialogue between heritage, art, and the challenges of contemporary society.

History of the Auersperg Palace

The Auersperg Palace, which hosts the City Museum of Ljubljana, is an important part of Ljubljana's cultural heritage. During the Roman period, the port suburbs of the Roman Emona covered this area, as evidenced by the preserved Roman road in the museum's basement.

Counts of Auersperg, one of Carniola's most prominent noble houses, rebuilt the palace in 1654 by combining their own house with two adjacent buildings. After only four years, the three tracts encompassed the palace's new courtyard, in the centre of which stood a stone fountain and a linden tree. Auerspergs mostly took residence in the palace during winters, whilst spending their summers at the Turjak Castle. A visit from the Austrian Emperor Joseph II also points to the family’s prominence within the city.

The palace soon experienced its first Baroque alterations, and in 1824 master builder Francesco Cocconi "dressed" its facade in late Baroque style, emphasising it with a Neo-classical portal. The 1895 Easter earthquake inflicted a lot of damages to the Auersperg Palace, and then in 1927, the Auersperg family sold the building to the state. 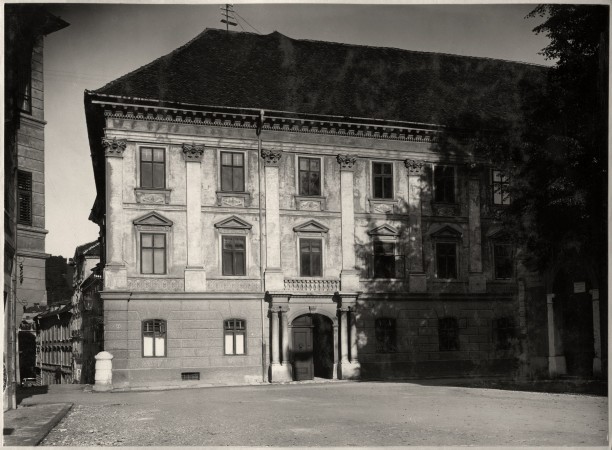 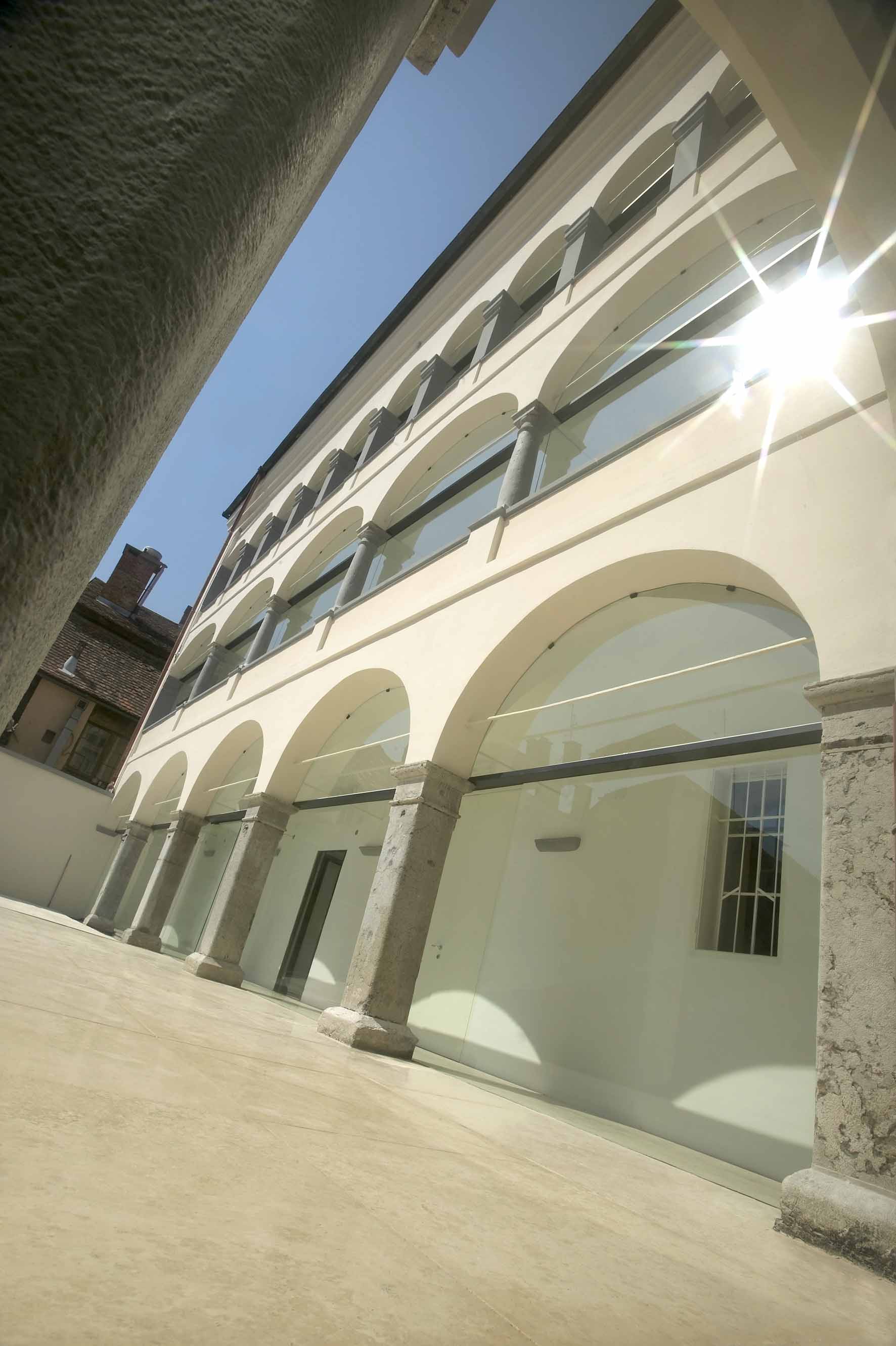 History of the City Museum of Ljubljana

Mayor of Ljubljana Ivan Hribar began the city artwork collection in 1907, which formed the foundation for the city art gallery, which was at the time only a wish for the future. Twenty-eight years later, in 1935, the palace was acquired by the Municipality of Ljubljana and designated it to the City Museum with the purpose of "collecting all objects relating to the history of Ljubljana, i.e. in regard to the role Ljubljana played in the spiritual and national sense, as well as to the development of modern Ljubljana." The interior renovation began in April 1937, with the first museum collection opening to the public in the same year. The collection gave insight into the middle-class residential culture from the late Middle Ages to the first half of the 19th century.

After the Second World War, the Auersperg Palace also became a home to the Slovanska Library, the Municipal Archives of Ljubljana, the Education and Culture Board of the Municipal People's Administration, the cloakroom of the Ljubljana City Theatre, and to several private residents.

At the end of the 20th century, the museum experienced great changes: it became more open to the public, which was followed by a comprehensive renovation of the Auersperg Palace, with an emphasis on earthquake construction and functionality. The renovation was a project by OFIS architects Špela Videčnik and Rok Oman, whose plans most encompassed the museum's mission; to dedicate the Auersperg Palace to public programmes and, also, to ensure harmony between the old palace and the museum's dynamic audience, as well as other users.

By merging the City Museum of Ljubljana and the City Art Gallery Ljubljana into the Museum and Galleries of Ljubljana, capital's largest public institution (which today also includes the Jakopič Gallery, Match Gallery, Bežigrad galleries I and II, Cultural Centre Tobačna 001, and the Plečnik House in Trnovo), the museum became part of the lively and current museum-gallery offering in 2009. The institution values genuine contact with local and foreign visitors, its exhibitions and events serve to popularise collections, and it encourages dialogue between heritage, art, and challenges of contemporary society.

Since 2012, the MGML is proud to have the first central, purpose-built, and technologically equipped storage facilities, located in the Technology Park Ljubljana.