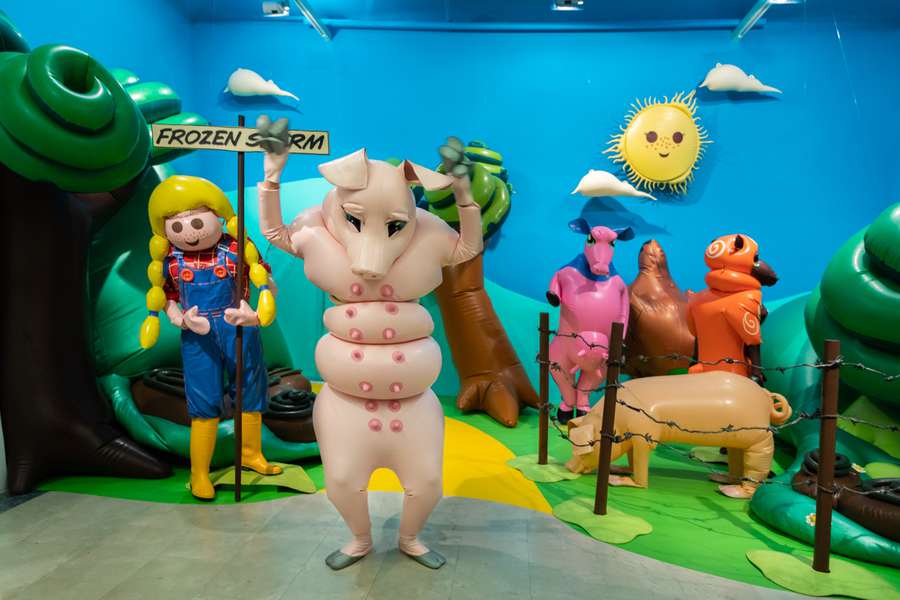 The artist Saeborg (a coinage of the name Saeko and the word cyborg) sees the process of creating inflatable latex characters, which might at first glance invoke excess and fetish, as a means of achieving gender freedom and freedom of sexuality in the widest sense.

Slaughterhouse 17 is an exhibition of inflatable farm animals in an inflatable countryside. In spite of the animals barely surviving in the cruel and limited environment of the rubber farm and meeting their tragic fate as food, they love the human, and the human loves them. The human takes care of them every day, feeds them, cleans their stables etc. There is a certain love there, a love ruled by a human logic, driven by survival and economy.

The bucolic, titillating display of humanised farm animals, each of whom has its own purpose and function in the closed rural economy, such as artificial insemination, milking, sheep shearing, egg collecting and pig slaughtering, as seen in Saeborg's colleagues from the Department H performance footage, culminates when the boisterous farmer girl takes off her clothes and makes sure the farmer family has some offspring. One side of the exhibition space is taken up by a large pigsty with a big artificially inseminated sow behind its bars. The sow farrows and feeds her piglets, who later end up in the slaughterhouse. A mixture of playful sexuality of toy-like mascots and meaningful biological reality pushes us out of our comfort zone with the help of detailed Japanese character cuteness, so we are able to reflect on our own position to variety of questions which might arise as we walk through the exhibition.

Production: Museum and Galleries of Ljubljana
Curator: Jani Pirnat
Artist: Saeborg
In collaboration with: 35th LGBT Film Festival (Škuc)
This project has been made possible by: City of Ljubljana 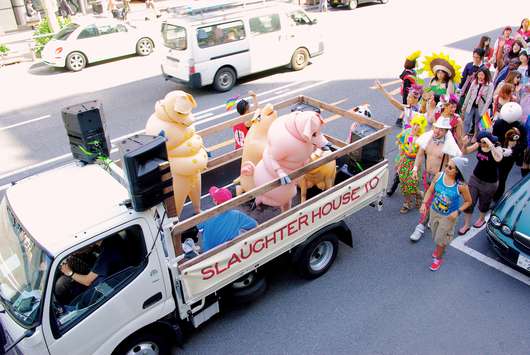 Mon
Nov 2019
Film screening, Talk
7 p.m.
Match Gallery
Queer Japan
The day before the opening of the "Saeborg: Slaughterhouse 17" exhibition you are warmly invited to attend "Queer Japan" film screening and Q&amp;A with the artist, Saeborg, which will be held at the Slovenian Cinematheque.
All events - Match Gallery • All events - MGML