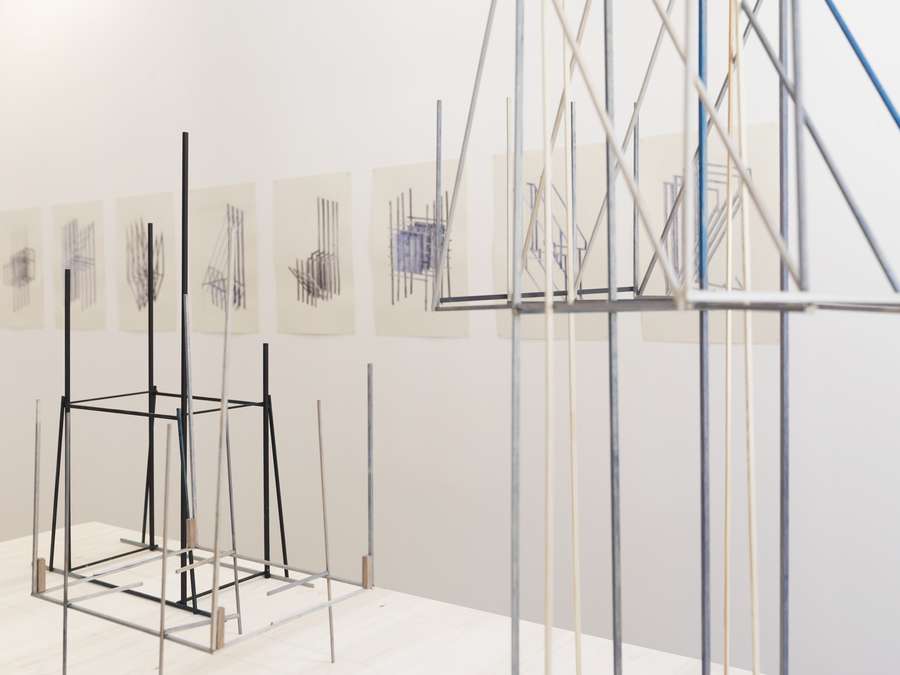 Anne Harild is the first artist-in-residence at the CC Tobačna 001 from our reciprocal exchange programme with the Tottenham Hale International Studios in London. The artist finished her studies at the Royal College of Art in London and so forth participated in several residencies, among others in Spain and the UK. Her work is rooted in an exploration of the urban environment, the grids and textures that make up contemporary cities and shape our life within them.

In her work, Anne Harild (1980, Copenhagen) centres on contemporary urban space, with a particular focus on its physical manifestations: grids, textures, materials and forms that make up cities as well as shape our lives in them. Locations of the artist’s projects are never left to chance: she always starts by selecting specific locations which she explores to the last detail, recording her observations with a camera and a pencil. Showcasing a series of drawings, scale models and a video animation, the exhibition Sites and Structures offers an insight into the artist’s experience of her two-month residence in the area of the former tobacco factory in Ljubljana, marked by an abandoned construction project.

The series of drawings titled Movements examines the language of the elementary architectural structure, the scaffolding system. The works on paper study patterns that emerge from the scaffolding and are distributed so as to form unique modular diagrams of change. The scaffolding elements create a repetitive rhythmic design which reveals differences that become especially noticeable when the drawings are compared. The installation of collages, drawings and scale models titled Trace, Plan, Proposition, Platform draws on the map of Ljubljana, which Harild has carefully examined not only to find her way about but to be able to make out the contours of the city’s substance and history. Pencilled lines make up grids of various forms. Taken from the map, they originally represent intersecting roads, clusters of buildings and historical landmarks that have shaped the city through time. The artist gets their textures from photographed surfaces found in the city. However, rather than displaying a straightforward transfer from the map into drawings, the installation incorporates a collection of references demonstrating the work in its making. The video Taking Time keeps track of the quantity and quality of light in the artist’s constructed environment. Exhibiting images that were shot at regular time intervals throughout the day and compressed into a ten-minute video, the work aims to demonstrate how light affects our perception of time and place. What is more, as a key element of animation, light not only affects our perception of the aforementioned dimensions, but also changes our perception of forms and dimensions of the installation. The movement of light through the grid of structures in the installation is very similar to the experience of travelling through a modern city, its colours, shapes, materials…

Anne Harild’s project "Sites and Structures" is a confluence of drawing, sculpture and architecture. Her work translates relationships between surfaces and shapes of construction elements of the non-functional space at the centre of the Tobacco City into a metaphorical relationship between architecture and inhabitants which is a relationship that is subject to constant change.

The residency and the exhibition are organised in cooperation with Tottenham Hale International Studios, London.

The CC Tobačna Artist-in-residence centre is hosting Danish artist Anne Harild who gained her MA from The Royal College of Art in London, where she currently lives and works. Her residency is executed in collaboration with T.H.I.S. in London. 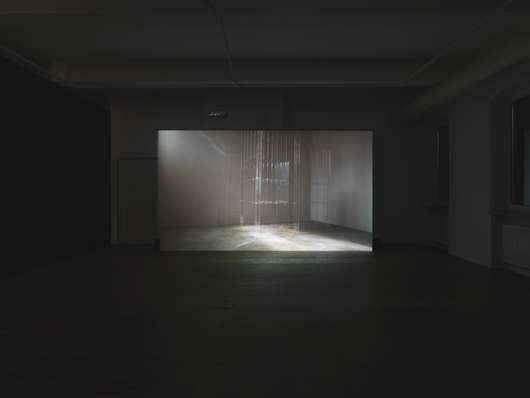