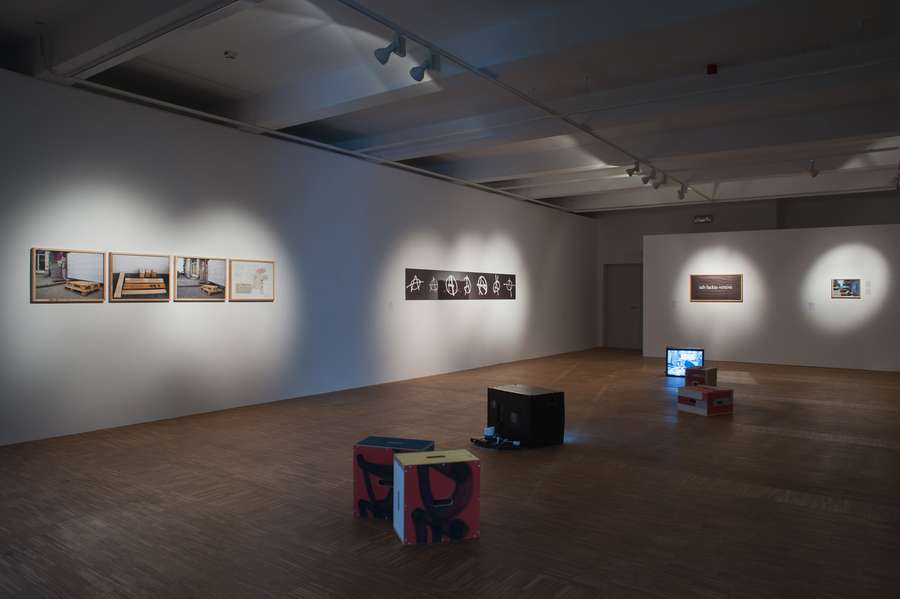 In Cultural Centre Tobačna 001 Ovidiu Anton presents a new project. Precarious, highly contemporary, subversive... are the words being drawn on a paper by the artist...

Precarious, very contemporary, subversive ... are the words which Ovidiu Anton draws on paper. These words have been applied to artists and their works so often that their original power can no longer be felt, they have become banal. They have been de-contextualised, like the anarchist symbols have been extracted from their environment. The artist finds them, takes pictures of them and transforms them: positive turns into negative, the spontaneous and ready gesture of the original graffiti is replaced by the frustrating, protracted and monotonous drawing of hatched lines, the individuality of every single sign is replaced by the uniform size, and the walls of the urban environment are compensated by gallery walls.

Words and symbols of political slogans or socially engaged messages are thus sterilised by the artist and transformed into decoration. In today’s society it is absolutely necessary to strip products of any risk factors (sugar supplements, decaffeinated coffee, alcohol-free beer, etc.) or commercialise them (printing of highly propagandistic symbols on a multitude of consumer goods). As a result, the products have grown increasingly empty or, rather, stripped of their substance.

Transformation and re-contextualisation are present in all of the artist’s works. For the replicas of Le Corbusiere’s taboret Anton recycles cheap materials of discarded theatre scenography. In this way, he gives this cult designer product back its fundamental utilisation value. He furthermore “borrows” from street materials such as EUR-pallets or fruit boxes, that is, objects with standardised measurements. First he disassembles them to basic components. From these, he removes a part and transforms it into professionally made picture frames which document his action, while meticulously reassembling the rest of the components and returning them to their original place. However, the replacement, though a faithful copy of the original, cannot be used, since as a miniature it no longer belongs to the standard system.

Ovidiu Anton humorously questions the norms which make up our value system, be it measurements, standards or social rules. In doing so, he often transcends the bounds of legal like graffiti artists do. However, at the same time he deliberately subjects his works to the rule of reduction and repetition. Another allusion to the nature of graffiti actions which mostly end in escape is the video It doesn’t matter where, which he edits so as to re-create the dialectics of film scenes of pursuit and links it to framing of parkour videos. Therefore, it should not come as a surprise that an artist whose practice stems from the urban environment and remains inextricably linked to it gives stray cats of Istanbul a central role in commenting on the negative consequences of the urban renewal of the metropolis.

Thomas Miessgang, curator and art critic has written about the artist: "Ovidiu Anton's aesthetic employs the stylistic device of paradoxical intervention. It relates intellectually to forms of expression found in youth subcultures, such as spraying, stencil art and street art, but it also turns their approaches and intentions upside down."