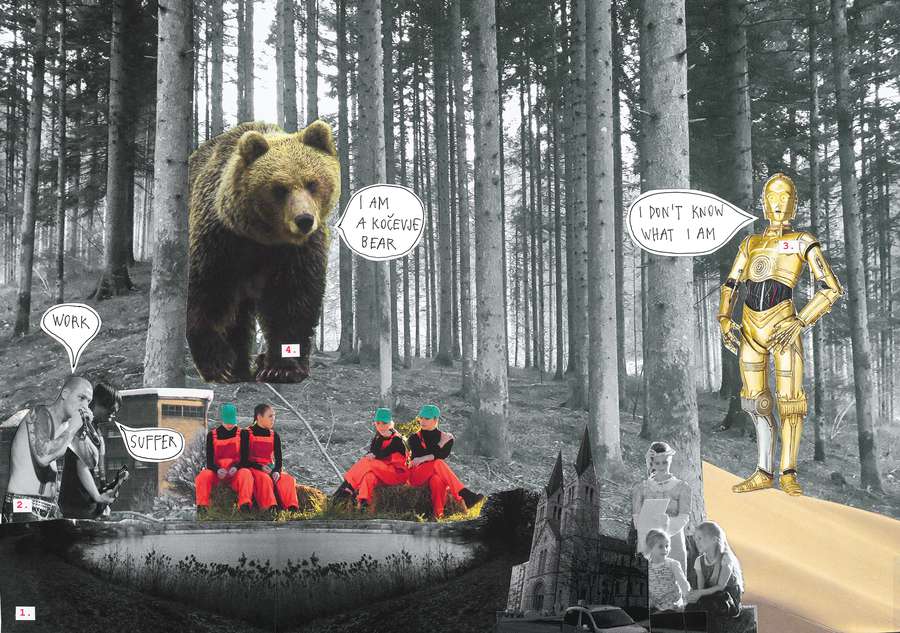 The exhibition Movement for Public Speech by artist Polonca Lovšin is the first installation of the project in a gallery space. It is a project in progress that temporarily occupies a public space in an urban environment and encourages participants to communicate and act together.

The constitutive element of this interactive, kinetic and temporary public sculpture is physical movement, which generates electricity in an entirely ecological way, i.e. through the participants’ pedalling on the bicycles, which enables the microphone on the podium to function. Energy producers and speakers, and not forgetting the listeners, are in constant interaction, as one cannot be heard or listened to without the other. Collectivity and collaboration are essential components of the project, which has been presented in seven phases, from 2015 to the present day, through documentary material, texts, and collages in the project catalogue. The seven collages on show at the exhibition were primarily created for the catalogue; their reproductions are a kind of connecting visual element complementing the artist’s commentary on each phase, while the originals will be on display in the gallery space.

In addition to the collages, the exhibition also includes a selection of documents from past editions of Movement for Public Speech, but the central element of the exhibition is definitely the catalogue, which presents all the editions of the project in chronological order. The catalogue comprises introductory texts by Urša Jurman and Helen Stratford, photographic material, lists of each edition’s programme and participants, and the publication of the poems and recitals of all the performers who took part so far.

The exhibition is thus a kind of a trigger for the publication, which records and valorises the artistic project that had its première in Maribor and its last presentation in Ljubljana as part of the Cukrarna Gallery pre-launch events. By implementing the project within the framework of the Cukrarna Gallery pre-launch events, we wanted to establish communication with the surrounding educational institutions and invite our future content consumers to participate and reflect on the mission of the new space for contemporary art. To this end, we addressed topics important to young people, such as social interdependence and responsibility, and their role in promoting debate on nature conservation issues. In cooperation with head teachers and subject teachers, we established the basic topic and thematic title of the event, Where Is the World Turning to?, and students from nearby secondary schools and dormitories presented recitals, poetry readings, dance and music acts, and other performances among themselves. 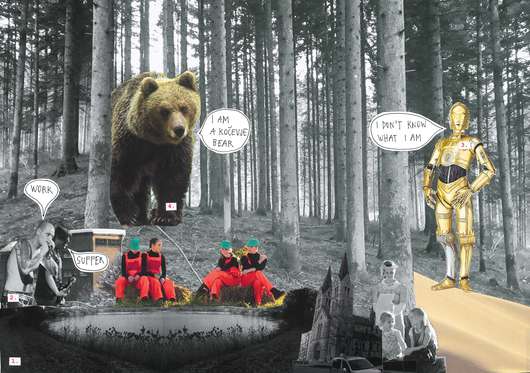 Thu
Sep 2021
Guided tour
5 p.m.
Cultural Centre Tobačna 001
Guided tour of the "Movement for public speech" exhibition
The exhibition Movement for Public Speech by artist Polonca Lovšin is the first installation of the project in a gallery space. It is a project in progress that temporarily occupies a public space in an urban environment and encourages participants to communicate and act together.
All events - Cultural Centre Tobačna 001 • All events - MGML