“The artist who walked naked in the centre of Zagreb”

“He is best remembered by how he ran naked down a street, strolled around, laid on a sidewalk, and kissed the asphalt. He would consciously use mass media to establish himself as an uncompromising artist, as well as consciously triggering polemics, scandals, police interventions. With these actions, he conveyed his belief that for him there is no difference between everyday life and artistic interventions, between the private and the public.” 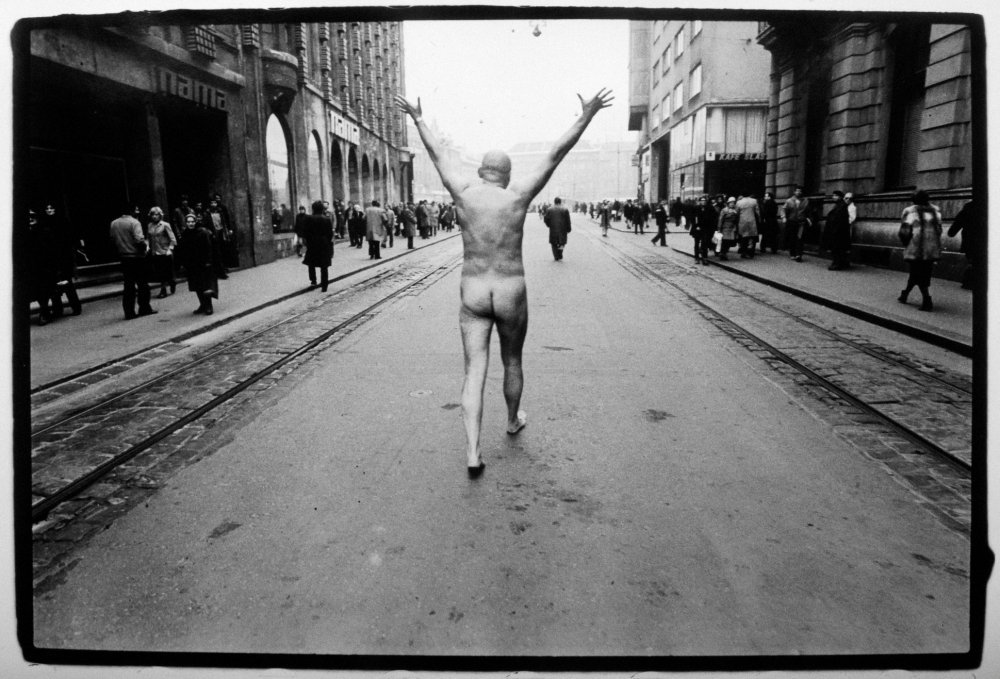 “The most well-known performance of this multimedia artist occurred in 1981 and was universally reported by the media, naturally with a photograph. On Friday 13 November, Gotovac walked naked from a street to the main square. After seven minutes, he was arrested for a disturbance of public peace. The scene with him, naked and barefoot, walking towards the main square, with his arms spread wide, is iconic. He would also use his naked body to provoke later in his career.”

From the Delo newspaper. (In Slovene)