“Comics is an ideal medium for expressing social critique”

“The City Gallery Ljubljana has organized a retrospective exhibition of engaged comics by Iztok Sitar, an illustrator, a caricaturist and comic book author, who published his first comics in the Orwellian 1984, as he likes to point out.” 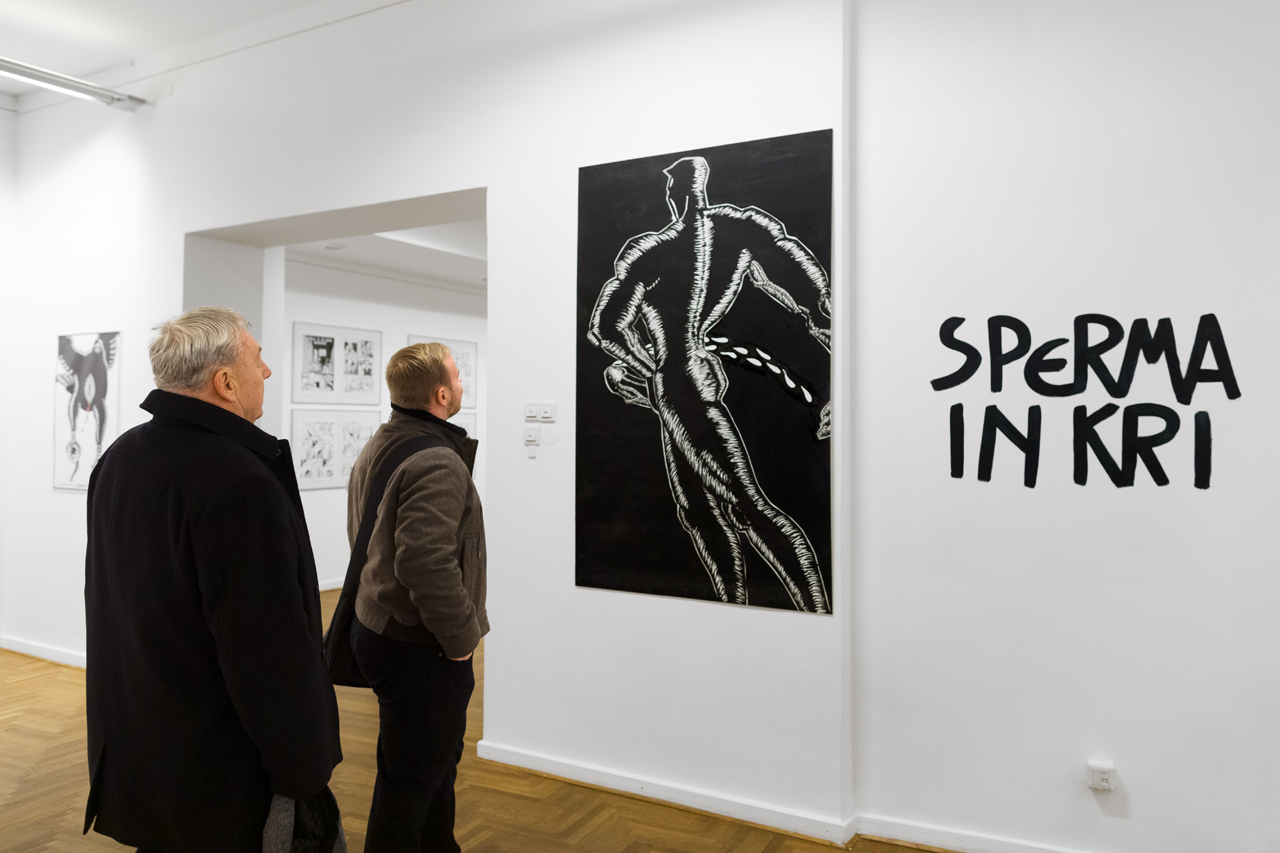 “Although having authored over fifteen comics albums, he will only put on view eight (in a gallery comprising eight exhibition spaces) – those that already exhibit his personal maturity in artistic and verbal expression, sophistication", says the exhibition curator, Sarival Sosič, or those that are the author’s favourites.

Its keen responsiveness to current issues makes comics an ideal medium for expressing social critique. So, the time of refugee crisis witnessed the production of quite a few splendid works on this topic, including both domestic and translated titles”, he finds. Equally critical, provocative and nostalgic is the title of his retrospective exhibition.

The chosen title “Under the Red Star” depicts his personal view of the social climate in independent Slovenia. His comics focus on nationalism, racism, chauvinism, clericalism, Fascism, xenophobia, homophobia and other social anomalies, to which Slovenian society should have zero tolerance.

Already in 2016 Sitar co-organized an exhibition on engaged comics in Slovenia at the Vodnikova domačija centre for sonorous arts; in the same period, he wrote an analysis of the historical development of comics and even before that, he signed his name under the comic monograph The History of Comics in Slovenia 1927–2007. “Slovenian comics is distinguished for its dealing with social critical topics from the very beginning, i.e., from Smrekar’s proto-comics in the early twentieth century onwards, while the comics history of other nations does not feature this tendency; there, comics primarily served as entertainment and the said genre developed only decades later, mainly in the sixties, together with the underground culture. In this regard, too, Gatnik’s comics made Slovenia a European superpower in comics production”, he emphasizes. Among the most engaged comics of the recent years, he highlights Lavrič’s Young Yeshua’s Gang, “in which the author blasts Jesus’s myth of God’s son and portrays him as a completely ordinary man”.

Share:
Vlado Martek: This Book Is Better than Ideal
Private guided tours of “Exhibition with Many Titles”
Under the Free Sun: Miha Štrukelj, “Trolldomsfjellet”
Under the Free Sun
Over 200 works submitted in response to the “Art in the Time of Isolation” campaign