“He Holds a Mirror to Society”

“The City Gallery Ljubljana hosts a retrospective exhibition of Sitar’s comic book Under the Red Star. Eight masterpieces of engaged comics put on view in as many rooms.” 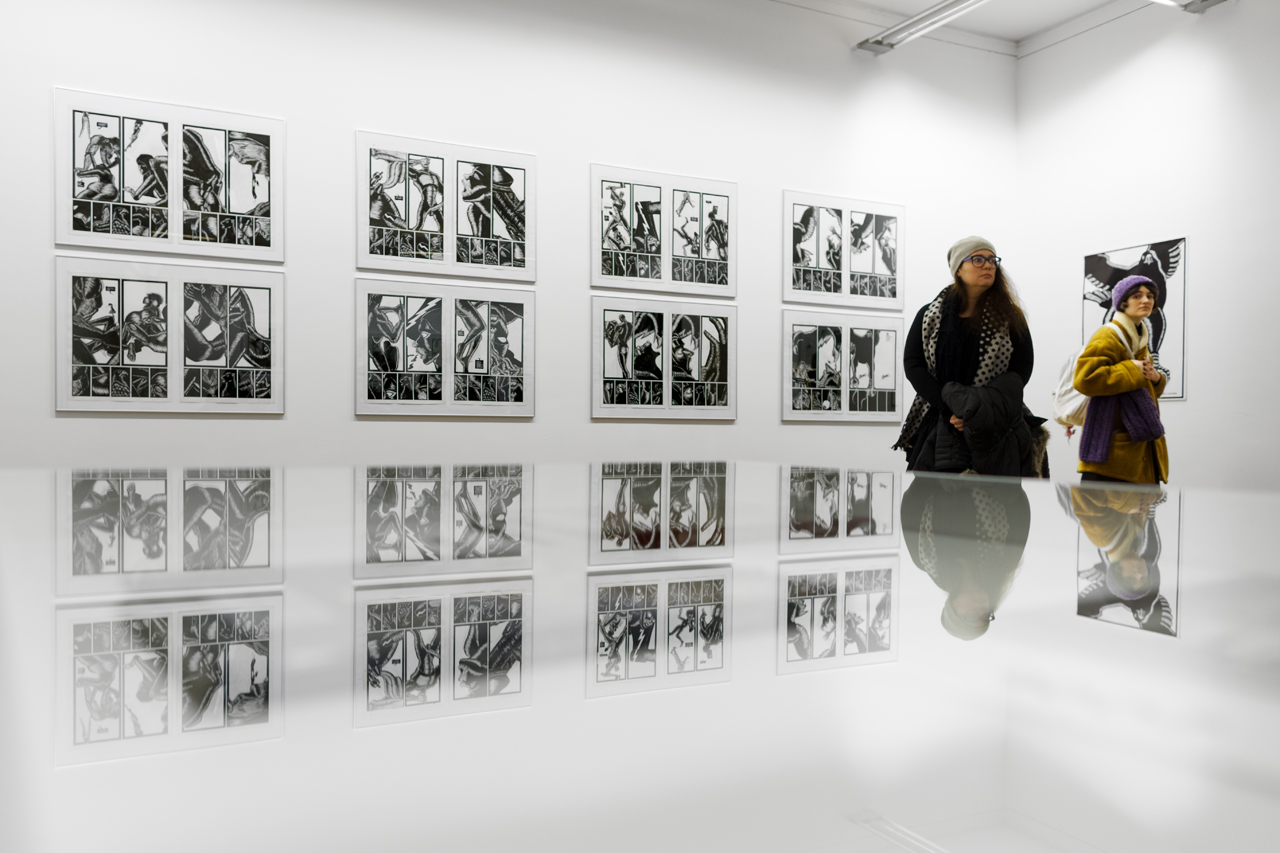 Only a few comics authors exhibit in most eminent galleries and even fewer get an opportunity to hold a survey exhibition that usually encompasses their entire authorial opus. To date, only two survey exhibitions have been held [in Slovenia], one by the Prešeren Prize awardee Miki Muster and the other by the winner of the Prešeren Fund Tomaž Lavrič. Joining them with his own comprehensive survey exhibition, titled Under the Red Star and put on view on both floors of the City Gallery Ljubljana from the end of January to 24 March, is Iztok Sitar, a comics author, an illustrator and a caricaturist with an opus spanning over thirty-five years, a journalist, as well as a keenly observant and critical chronicler of comics production in Slovenia. “Of course, I was delighted to receive the invitation by the curator Sarival Sosič. I spent nearly six months preparing original comics tables and the bibliography of comics literature. I decided to present my engaged comics albums that are, in a way, the best reflection of me as an author. I am exhibiting eight albums – I don’t know if this is a coincidence or not – in the same number of rooms that are available on both gallery floors. Each room thus exhibits one album,” explained Iztok Sitar for the newspaper Gorenjski glas.