Opening of Vlado Martek’s exhibition at MMSU, Rijeka (Croatia), which will travel to the City Art Gallery of Ljubljana in February 2020

On Friday, 12 July 2019, at 8 p.m., the Museum of Modern and Contemporary Art Rijeka (MMSU) will inaugurate "Exhibition with Many Titles", the first retrospective of Vlado Martek, a Croatian conceptual artist and member of the Zagreb-based Group of Six Authors (1975–1978). 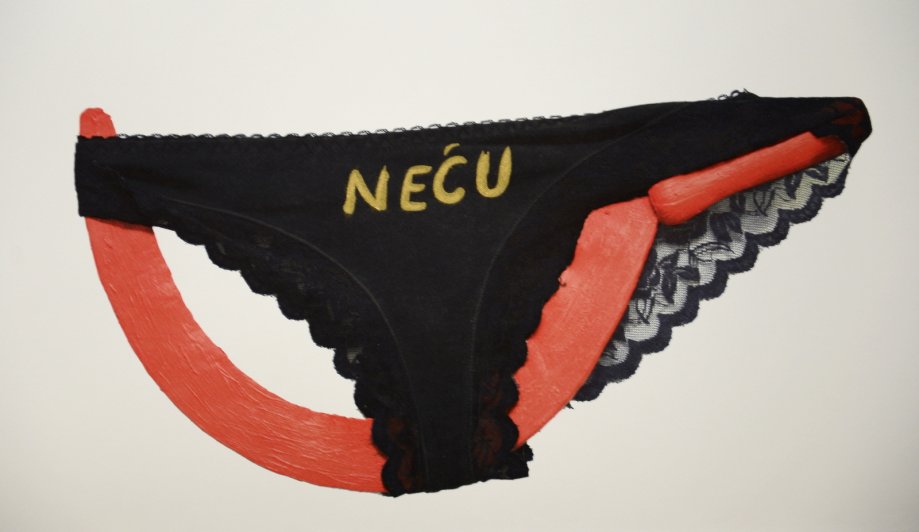 The exhibition is the result of a one-year collaboration between the Museum and Galleries of Ljubljana (MGML) and MMSU, through the joint efforts of the trustees Alenka Gregorič, curator and art director of the City Art Gallery of Ljubljana and Tobacco 001 Cultural Centre, and Ksenija Orelj, curator at the Museum of Modern and Contemporary Art Rijeka. Following its first edition in Rijeka, the exhibition will move to the City Art Gallery of Ljubljana in February 2020.

The first retrospective in Rijeka presents a wide range of media, concepts and topics whose point in common is the artist’s experimental use of language. The exhibition reveals the Martek’s beginnings in the 1970s, his breakthrough onto the art scene after graduating in literature and philosophy, and his work as a member of the Group of Six Authors, which left a decisive mark on his art. "Exhibition with Many Titles" presents Martek’s works from the 1970s onwards, in an attempt to extend the boundaries of artistic expression as well as the ways of presenting and mediating art (performative poetry, media deconstruction and the act of breaking into public space). The focus is on Martek’s dual position as an artist and poet who engages in an obsessive analysis of language and the role of art.

In describing the reasons for the exhibition and collaboration with MMSU Rijeka, Alenka Gregorič stated as follows: “The first comprehensive survey of Vlado Martek’s art is the result of multiannual discussions regarding the presentation of his works in Ljubljana, which is important to him as much because of his friendship with Matjaž Hanžek and Franci Zagoričnik during the 1970s, who acquainted him with the work of the group OHO, as because of his love of Srečko Kosovel’s and France Prešeren’s poetry. The retrospective ‘Exhibition with Many Titles’ consists of two parts – one based in Rijeka and the other in Ljubljana – with the two exhibitions being not only spatially specific, but also conceptually diverse. The retrospective based in Rijeka will thus display works that will not be put on view in Ljubljana and vice-versa: some works will only be presented in Ljubljana or within the framework of different thematic clusters. The project will be concluded with a comprehensive catalogue published by MGML and MMSU Rijeka with the support of the Foundation Erste, which will feature texts by Lev Kreft, Daniel Grúň, Radmila Iva Janković, Nadežda Elezović, and others.”

Share:
Vlado Martek: This Book Is Better than Ideal
Private guided tours of “Exhibition with Many Titles”
Under the Free Sun: Miha Štrukelj, “Trolldomsfjellet”
Under the Free Sun
Over 200 works submitted in response to the “Art in the Time of Isolation” campaign