"Marking the seventieth anniversary of the sculptor Jiři Bezlaj (1949), the City Art Gallery set up a survey exhibition presenting one of the most eminent Slovenian stone sculptors. Having worked in stone for more than forty years, Bezlaj has a track record of over 120 solo and group exhibitions organized both in Slovenia and internationally.” 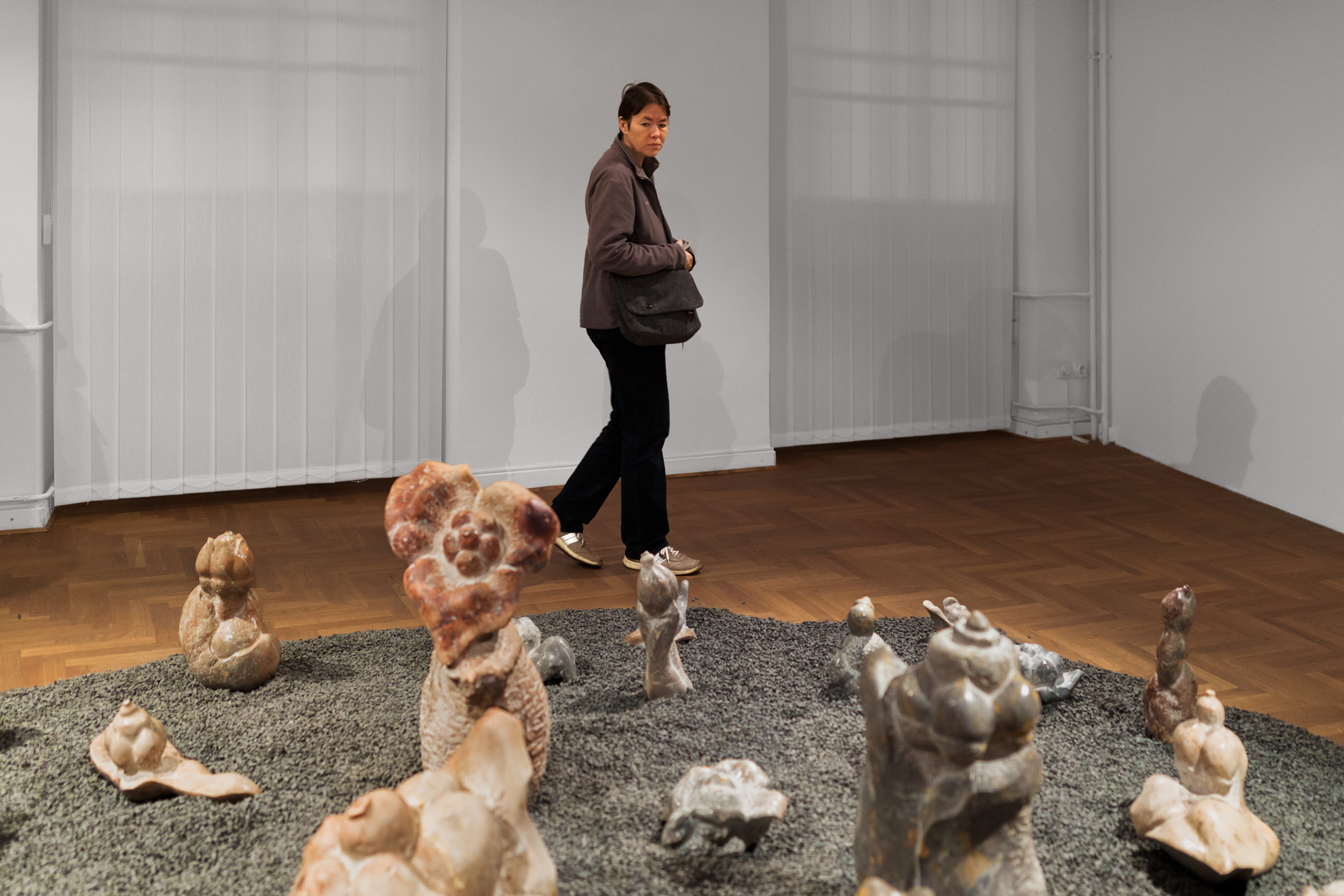 "It is precisely due to such installations, as well as through the appealing touches of various rocks that the exhibition comes across as extremely effective and communicative. As such, it speaks to us about eternal themes of eroticism and sacrifice, as well as ancient Greek stories that repeat themselves first time as history and second time as farce. Nonetheless, its greatest merit lies in Bezlaj’s acting as a mediator of what crucially defines us as human beings: surrender, observation, and memory."