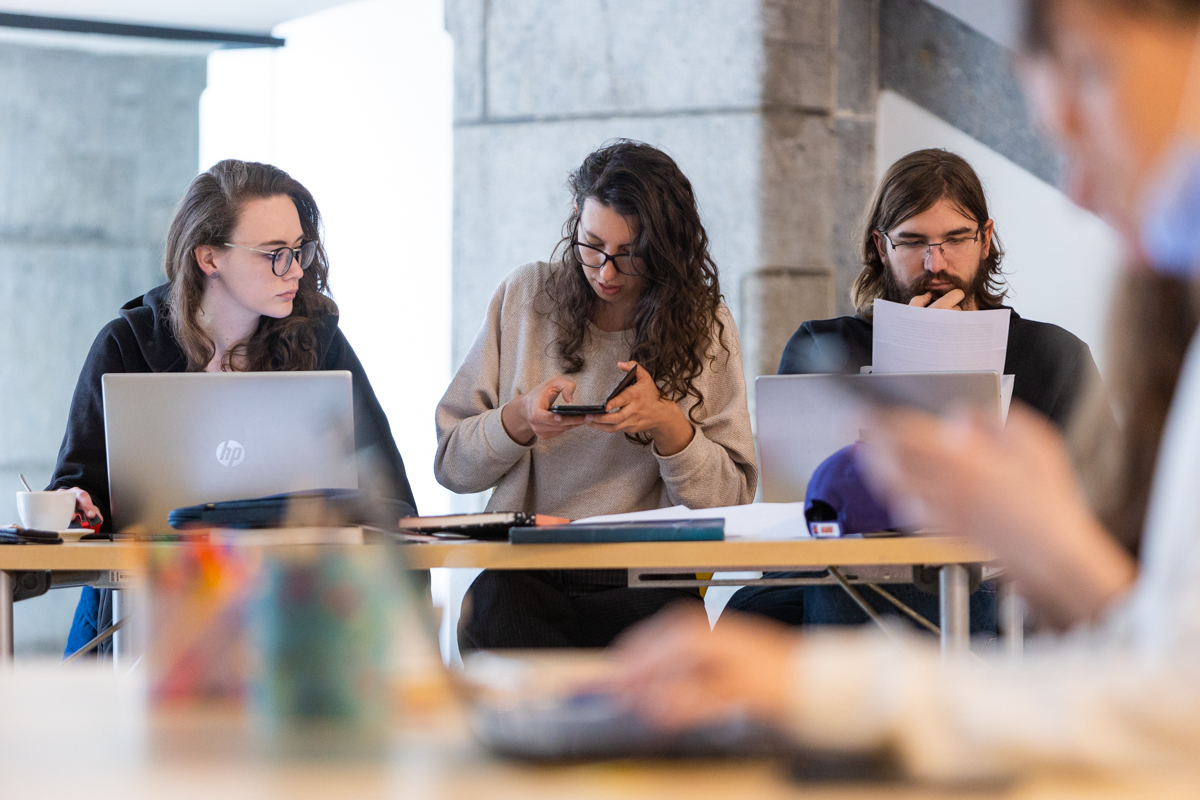 On Thursday, 31 March, and Friday, 1 April, the City Museum became the host for a hackathon of story-telling experiences. The event gathered young competitors and in only two days, they developed new concepts of innovative digital tools to bring heritage of ancient history back to life. The event was part of the project Immersive Storytelling Driven Cooperation for Cultural Heritage Dissemination in Western Balkans, supported by the European Union’s Creative Europe programme.

Throughout the last two decades, technology established as one of the most important aspects of contemporary society. From today’s standpoint, it is almost impossible to imagine life without the help of digital devices, internet, or programming tools. Technologies change the way we see and understand the world, while also offering us a number of new possibilities to interpret the past.

“We like to associate visits to archaeological parks and learning about Roman heritage with the observation of stone remains and ruins around us, and reading info tables. Luckily, technology today allows us to, even by just using our own phones, access to various applications and virtual reality. Through this, we can achieve completely new ways of interpretations, new experiences, which we could once only experience in computer games. With this hackathon, the first event of this type in Slovenian museums, we wanted to give the opportunity to young creatives and history buffs. We wanted them to use their own experiences and knowledge in designing a concept for a mobile app, which would, through gamification, usage of virtual reality, puzzle elements and challenges, present visitors with an interactive, interesting and educational experience while they stroll through an archaeological park.”, explained Nejc Kovačič, one of the organisers of the event at the City Museum of Ljubljana.

To find new creative possibilities for three very real Roman archaeological parks – the Macedonian Stobi, Serbian Viminacium and Ljubljana’s Archaeological Park Emona – was the museum hackathon’s challenge met by, with the help of their mentors, history and cultural heritage interpretation enthusiasts as well as creative designers. The jury then selected and awarded the best prepared concepts.

During the cycle of introductory lectures, competitors learned about the history of Roman archaeological sites. Later, each of the teams in the competition designed their own storytelling concept, in turn connected it with apps and other smartphone possibilities, set their target groups and prepared a communication strategy. Creative solutions explored the plethora of a visitor’s experiences, which would visit the former Roman town, today an archaeological park, as a slave, a soldier, or even Caesar. Throughout their visit, visitors would solve quizzes, tasks and puzzles that connect with the surroundings, or with scenes in enhanced reality. When creating mobile apps, the parks’ operators will use ideas from these concepts, which will allow visitors a more in-depth experience and an unforgettable encounter with Roman heritage.

Throughout their preparation of innovative storytelling concepts on cultural heritage, competitors were mentored by local and visiting experts: Dr Bernarda Županek, PhD, from the Museum and Galleries of Ljubljana, Tomaž Umek from Tricky Tribe, Marko Maučec from Escapebox, and Tadej Širok and Jernej Trebežnik from Nexto.

Share:
Exhibiting in Slovenia II
ISTER Workshop in Ljubljana: Roman Route heritage as a driver for touristic, local and regional development.
EXHIBITING IN SLOVENIA II
Cukrarna, a new space for contemporary art in Ljubljana
Experience the Roman past of Emona