Ister was how the ancient Romans named the river known today as the Danube. 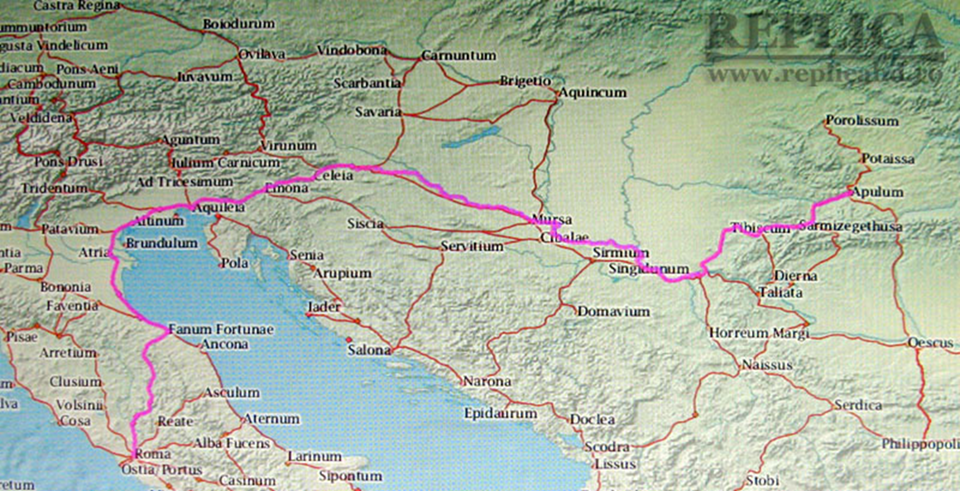 The route of the former Roman road, which connects the partners in the ISTER project

On Thursday 16 July, our colleagues at the City Museum of Ljubljana, Bernarda Županek, PhD, and Tamara Bregar, MA, participated in the so-called kick-off meeting for the ISTER interregional project. The project’s purpose is to rediscover and revive the ancient network of roads and settlements established and developed by the Romans along the Danube river, and to use this network as the basis for eco-cultural routes. One of these routes also includes Emona, a colony next to the Ljubljanica river, which connects with the faraway Danube through the Sava river.

The project is a collaboration of more than twenty public institutions and private companies from Romania, Bulgaria, Bosnia and Herzegovina, Hungary, Austria, Germany, Italy, and Slovenia. It includes studying, documenting and finally the establishment of an atlas and a tourist promotion of the road networks in the Danubian provinces of the former Roman Empire.

The project’s title, ISTER, is the Roman name for the Danube, while also being an acronym for ConnectIng hiSTorical Danube rEgions Roman routes.

Share:
M_stage
Visiting Ljubljana this summer?
History of Ljubljana
Reception and the Formal Presentation of the Inscription to the Unesco List
A Universal Story of Growing Up Under Fascism