Cahtleen M. Giustino, Mills Carter Professor of History at Auburn University, USA, is arriving in Ljubljana from Prague. Her lecture at the Plečnik House will be focused on the time of the First Czechoslovak Republic and on Plečnik's role in the efforts for the construction of a national parliament. 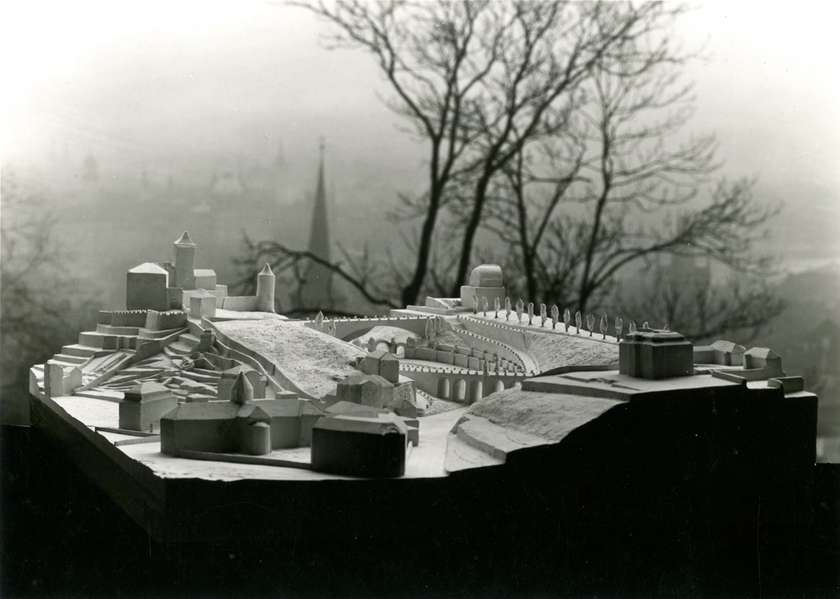 National parliament buildings can serve as symbols that strengthen national unity and shared commitment to democratic rule. During the First Czechoslovak Republic efforts were made to construct a parliament on Prague’s Letná Plain, but none of the plans were realized. This lecture examines these undertakings, giving special attention to concerns from Jože Plečník and others about the harm that placing the parliament on the Letná could cause to views of the Prague Castle and the capital city’s panorama. It reveals ways in which the distribution of power and possibilities for plurality of opinion in the new independent state unintentionally contributed to the preservation of Prague’s architectural silhouette during the interwar period.

Cathleen M. Giustino is the Mills Carter Professor of History at Auburn University and a Carnegie Fellow. She earned her PhD from the University of Chicago. She is the author of Tearing Down Prague's Jewish Town: Ghetto Clearance and the Legacy of Middle-Class Ethnic Politics around 1900 and co-editor of Socialist Escapes: Breaks from Ideology and the Everyday in Eastern Europe, 1945-1989. Her current book project examines state uses of architecture, art and antiques seized from groups targeted for ethnic cleansing in Central Europe during and after World War II.

The lecture is going to be held in English and the entry is free. Due to limited space, prior registration is required on prijava@mgml.si or +386 1 24 12 506.