Plečnik and Rothmayer: last guided tour of the exhibition

Right before the conclusion of Plečnik and Rothmayer exhibition, its author Petr Krajči, curator at The City of Prague Museum, will take us for one last guided tour of the exhibition. The guided tour will be held in English. 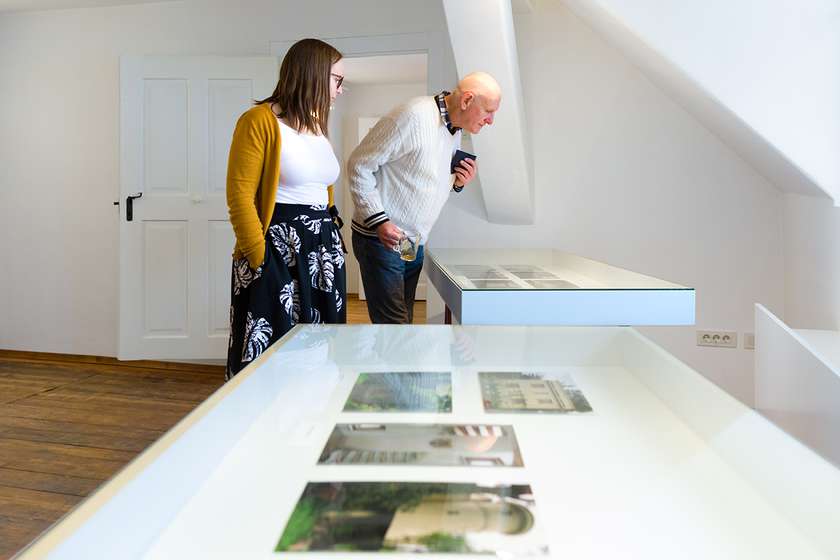 Petr Krajči, architect and curator, highlighted the following about his exhibition Plečnik and Rothmayer: Two Friends, Two Houses, Two Cities, "The fates of these two important and great personalities in Slovenian and Czech architecture - Jože Plečnik and Otto Rothmayer - were intriguingly connected for several decades. Their relation was, at first, that of a teacher and student, then they became close co-workers during the Prague Castle renovation and, finally, they became close friends, both travelling their independent paths in mutual respect of one another's competencies. In the beginning, the teacher trained the student, and later the student Otto became an apprentice during the renovation of Prague Castle, where he learned the highest form of architecture from the master – Jože Plečnik. This firm relationship and, above all, the connection between Villa Stadion in Ljubljana and Rothmayer's own house in Prague built, with Plečnik's consent, according to the plans of Villa Stadion, which created two separated twin dwellings, is the subject of the exhibition and lecture. The fates of the two houses have later differed: while Villa Stadion is now in private ownership, the Villa Rothmayer and its extensive garden are accessible to the public. Historical black and white photographs tell us the house's story, while poetic colour photographs depict the present state of the Villa Rothmayer – a monument of Modern architecture."

Ing. arch. Petr Krajči is a graduate of the Faculty of Architecture at the Czech Technical University in Prague. He focuses his research on leading figures of Czech traditionalist architecture in the 20th century and has authored or co-authored many exhibitions on such personalities (Otto Rothmayer 1997, Antonín Engel). For many years, he worked as the curator of the architectural collection at the NationalTechnical Museum in Prague, where he co-authored of the permanent exhibition on architecture and civil engineering. Today he is employed at the Centre for Modern Architectural Heritage, part of the City of Prague Museum.

You can read more about the Plečnik and Rothmayer exhibition here.