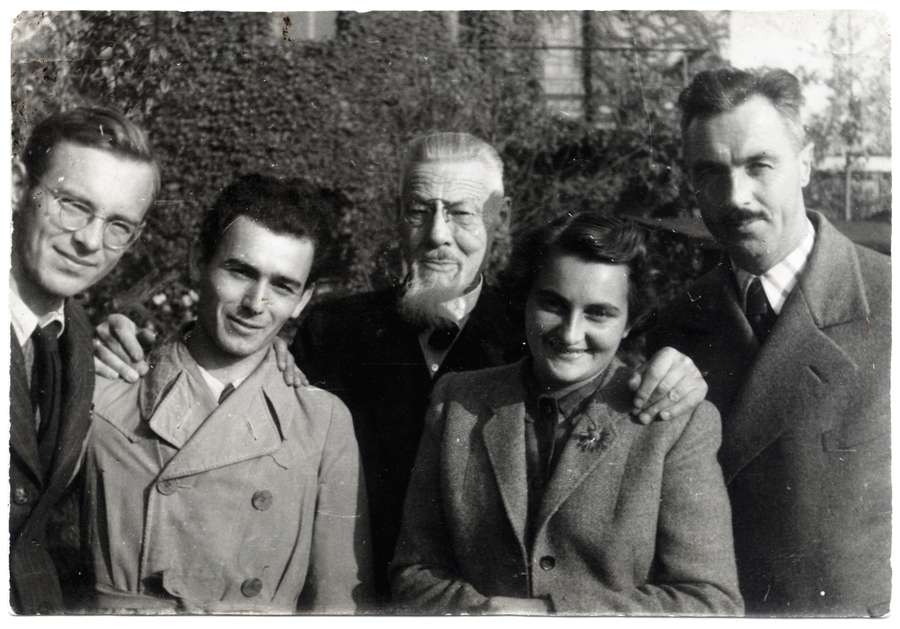 The third of four exhibitions presented in Plečnik House during the Plečnik Year 2022 offers an insight into the work, methods and curricula of Plečnik's School in Ljubljana. Along with Plečnik's creations an almost equally important ingredient of his legacy is also his pedagogical work, which is still reverberating today in the works of his students.

Following a ten-year teaching stint in Prague, the architect Jože Plečnik permanently settled in Ljubljana in 1921, where he began his professorship at the newly-established Department of Architecture at the Faculty of Technical Sciences. He worked there almost until his death and his professorship work left a deep mark on generations of future architects.

The exhibition Nulla dies sine linea. Professor Plečnik and his school in Ljubljana, prepared by curator Ana Porok in collaboration with Katja Ogrin and dr. Tomaž Jurca, presents the material that has been preserved in Plečnik House and at Plečnik’s office at the Faculty of Architecture in Ljubljana from the architect’s death in 1957 until today. The documented and photographed material offers a unique and hitherto never researched insight in the work, methods, and curricula of Plečnik’s School.

From the exhibition leaflet:

The work of architect Jože Plečnik has undoubtedly left a strong imprint on the image of his hometown of Ljubljana and although both Vienna and Prague are still considered precious gems of his creative opus, it is true that the esteemed master left his greatest mark on the architecture of his native city and country. Along with Plečnik's creations an almost equally important ingredient of his legacy is also his pedagogical work, which is still reverberating today in the works of his students. Since the main characteristics of his artistic activity and his way of life were dedication, discipline, renunciation and constant quest for perfection, it is not surprising that he transferred these guidelines and principles to his pedagogical work. He became familiar with teaching in Prague and continued working as a professor in the Department of Architecture of the Faculty of Technical Sciences, later Faculty of Architecture, where initially the so called Plečnik's school and later, on its legacy, Ljubljana school of architecture were formed. His strong personality and rejection of modernism led to the formation of Vurnik's school, which soon separated from that of Plečnik, and to the departure of some of his students abroad to Le Corbusier. Due to the aforementioned reasons, to which his religious beliefs also contributed, Plečnik was cast aside after the Second World War. He could no longer participate in the urban development of the city and his work at the faculty was reduced, nevertheless he still continued to teach until his death.

Professor Plečnik was known for ordering his students to approach every task with equal diligence, whether it was a bee house, a school, a village chapel or designing a cork for a bottle. It was a principle he himself always followed. He instilled in them love and responsibility for their own profession and taught them respect for local tradition and the use of classic construction materials as he was convinced that nothing lasting can be created without considering the past. The teaching method that characterized his school, in which students of different generations participate in the seminar, has also remained a special feature of Ljubljana school of architecture to this day.

Although at first Plečnik's seminar was attended mostly by male students, after the Second World War the ratio shifted in favour of females since their more ambitious colleagues chose to study with other professors. But this did not bother Plečnik at all and some of his female students later even became his co-workers. His female graduates established themselves in the fields of architecture, monument protection, conservation as well as industrial and even jewellery design. Some of them dedicated themselves to pedagogical work while others were active as freelance artists. Alenka Kham Pičman, who also graduated from the Academy of Fine Arts and created an extensive painting opus, specialized, among other things, also in designing furnishings for ship interiors.

Plečnik was a devoted mentor to his students. He spent long days with them in the classroom; taciturn, but always with a vigilant eye. He expected from them the same dedication to studies and architecture as he had himself and always advocated hard work. If the students helped him with external commissions, he often shared his salary with them as is evident from the testimony of Andrej Lodrant, the last student Plečnik accepted in his seminar in 1951. Modesty, complete dedication to work and striving for perfection were the main principles of his life and art, and he passed these teachings on to his school.

On Sunday and Tuesday, 6 and 8 November, Plečnik House is exceptionally closed to visitors

This Sunday and next Tuesday, 6 and 8 November, Plečnik House will be exceptionally closed to visitors due to the preparation of the exhibition 'I am only the housekeeper, but I don't know...'. Thank you for your understanding. 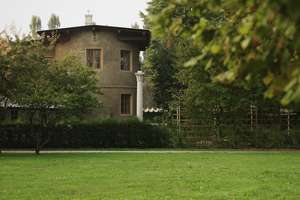