Following the Slovene, Czech, and German editions of the graphic novel Plečnik (full stop) we are happy to announce the English version. 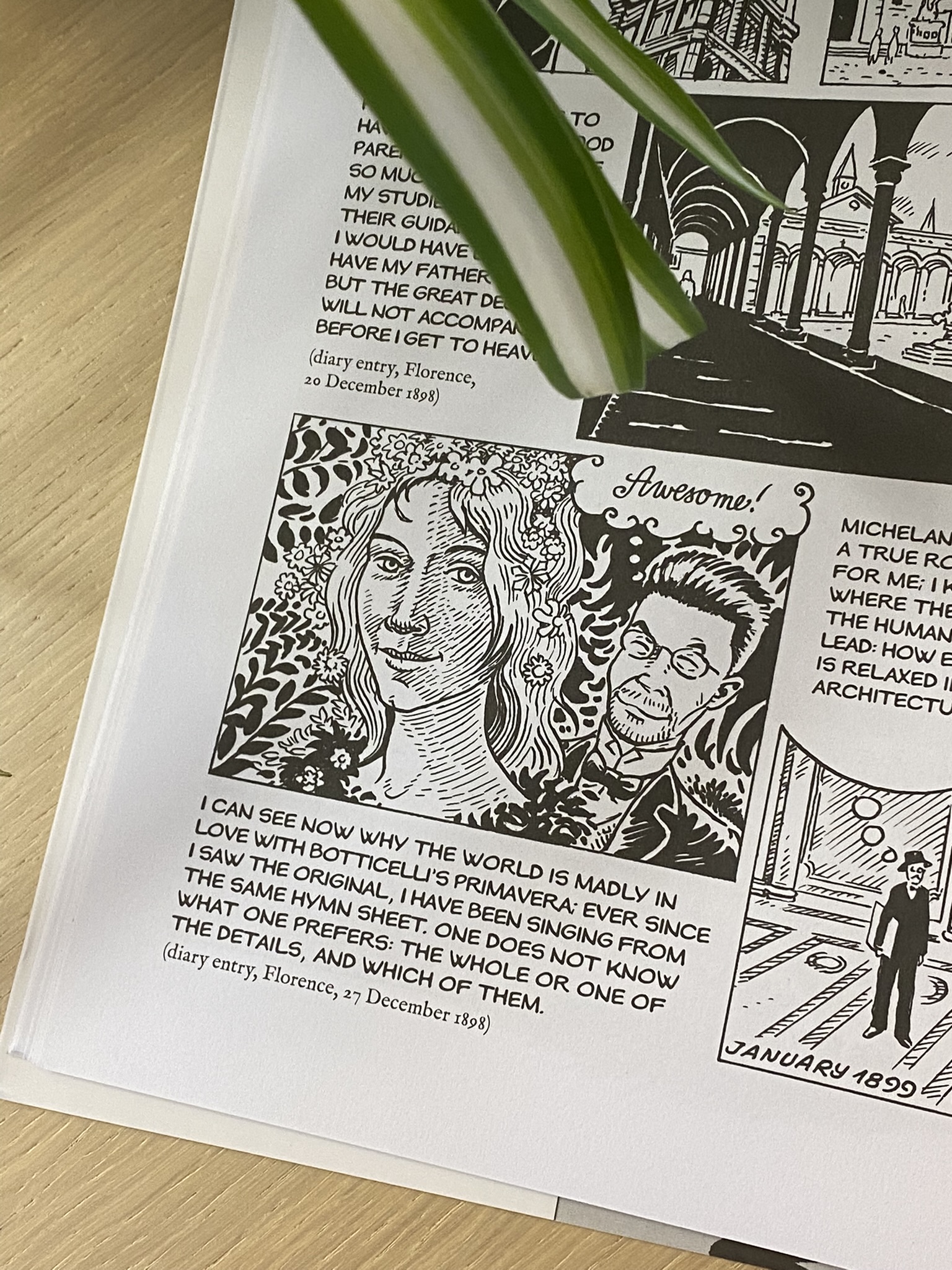 The bestseller, a joint effort of Blaž Vurnik, PhD and Curator of Modern History at the City Museum of Ljubljana, and comic book artist Zoran Smiljanić, was fist co-published by the Museum and Galleries of Ljubljana (MGML) and Forum Ljubljana (Stripburger) in late November 2021. It served as an introduction to the Plečnik Year 2022. Due to the immense interest, the graphic novel already had two reprints in Slovenian, while foreign visitors to Ljubljana have also expressed demand for the graphic novel.

“The interest in Plečnik and his oeuvre is, after the successful implementation of his works on the UNESCO World Heritage List last year, on an all-time high, which made the decision to publish an English version of the novel quite easy. This edition has been additional adapted to the interested foreign public, as the novel was published as a paperback, which makes it a bit lighter and better suited for travellers.”, Blaž Vurnik stated for the English edition.

The graphic novel in English, a publication of the MGML, can be purchased at the price of 26 Euros in the museum shops of the Plečnik House and the City Museum of Ljubljana, ordered online at shop.mgml.si, or bought in selected places around Slovenia.

Share:
You are Invited to the Cultural Meetings at the Plečnik House in 2023
On Sunday and Tuesday, 6 and 8 November, Plečnik House is exceptionally closed to visitors
Plečnik was the star of the ICOM Panel in Prague
Treat yourself to a graphic print for the summer!
An exhibition treat for all aficionados of Plečnik’s