Presentation of Plečnik's bridges in Ljubljana at the International Conference BRIDGE

The international conference BRIDGE: The Heritage of Connecting Places and Cultures took place in early July at the Coalbrookdale Museum of Iron near Ironbridge in the United Kingdom. Curator of the Plečnik House, Ana Porok, participated with a lecture on Plečnik's bridges in Ljubljana. 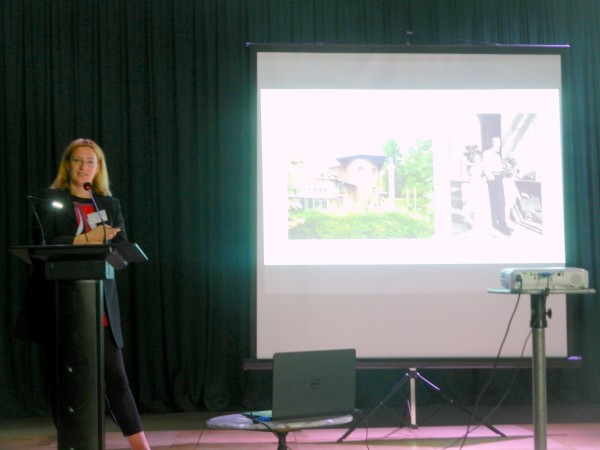 The conference was organised by the Ironbridge International Institute for Cultural Heritage (University of Birmingham) and the Ironbridge Gorge Museum Trust.

The conference, with more than 150 participants, was attended by curator Ana Porok, responsible for the Plečnik Collection at the MGML. Her lecture, which grabbed quite a bit of attention, presented Plečnik's bridges in Ljubljana as well as the architect's unique arrangements of the embankments and bridges of the Gradaščica and Ljubljanica rivers.

Ms. Porok explained, "With the arrangement of the water axis and the planting of trees and other vegetation, which Plečnik understood as an important architectural supplement, the city's area by the river was given a Mediterranean character. Ljubljana's river area, created to suit the needs of its population, is nowadays surely the most pleasant part of the city."

A summary of the lecture is available here, while a more comprehensive article will be published at the end of the year.