Tobačna Gallery Presents Its Programme for 2021

In 2021, Tobačna Gallery will continue its look at smaller projects by important artists of the middle and younger generations that, by employing experimentation and new production approaches, importantly contribute to the vitality of Slovenian and international creativity. The year will begin with Maja Smrekar’s exhibition, which will be followed by the presentations of Constanze Ruhm, Polonca Lovšin, Danilo Milovanović, Saša Spačal and Neža Knez. 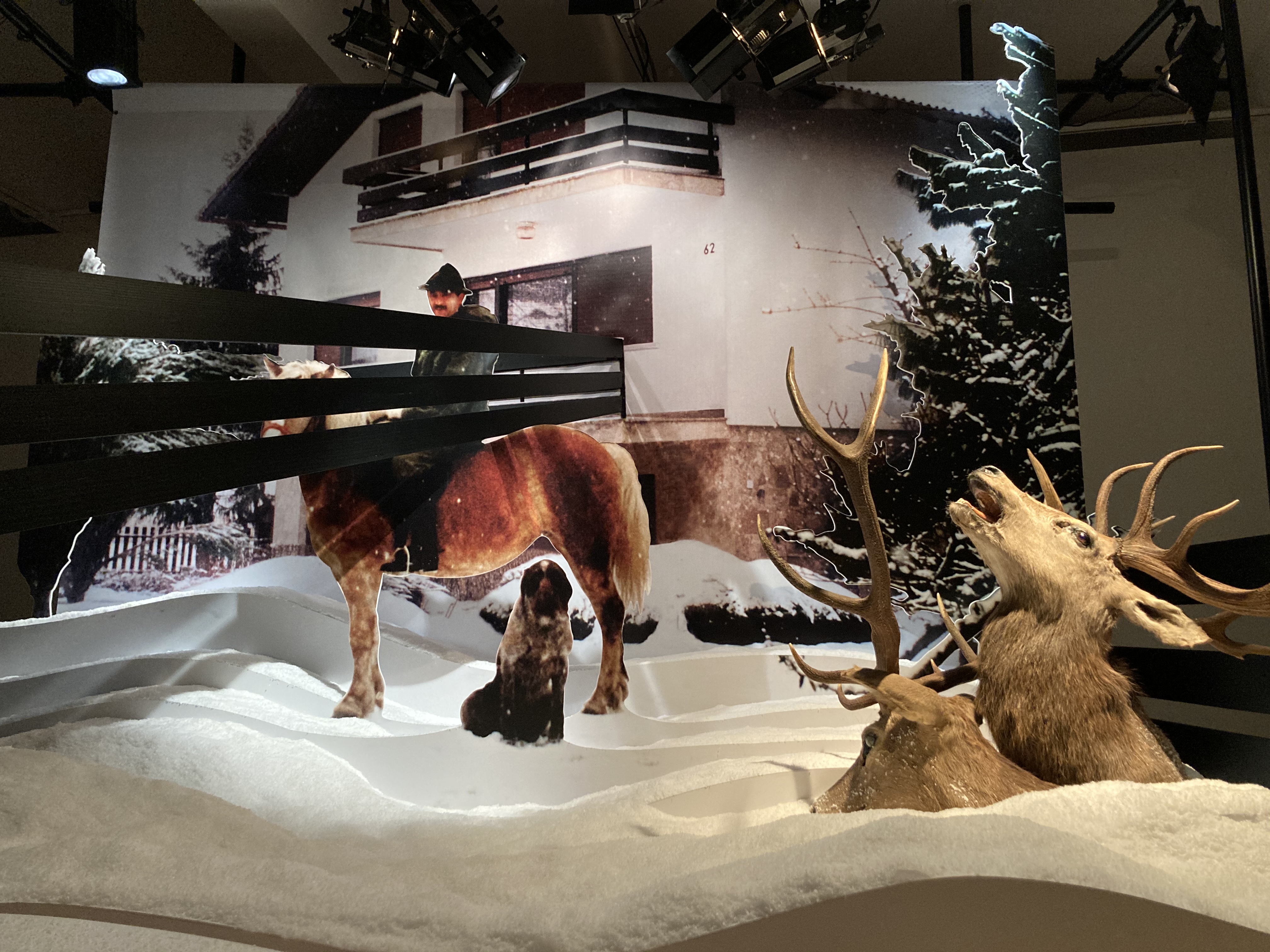 In 2021, Tobačna Gallery will continue its look at smaller projects by important artists of the middle and younger generations that, by employing experimentation and new production approaches, importantly contribute to the vitality of Slovenian and international creativity.

The year at CC Tobačna 001 will begin with Maja Smrekar’s exhibition entitled Optical Disturbance. The starting point of the project is a photograph from the artist’s archive showing a hunter on a horse in front of his house. The exhibition design follows the principles of diorama, both in combining various materials, which necessarily include taxidermy, and the arrangement of objects according to several types of shot sizes set against a two-dimensional backdrop.

The next exhibition will feature Polonca Lovšin, who will present, in a documentary form and with an extensive catalogue, a series of projects entitled Movement for Public Speech, which she carried out in recent years in several cities: Maribor, Strasbourg, Feldbach, Kočevje and Ljubljana. The central point of the project is a podium behind which invited speakers participate with their recitals, singing, musical performances and motive actions. Thus, the podium becomes a space of a public expression of thoughts, but, without active listeners, the latter die down in silence.

At Tobačna Gallery, Polona Tratnik will be presented with her project Égalité, which draws on the Covid-19 pandemic, during which some countries found themselves in the situation of their medical workers having to face the question of how to justly or appropriately distribute medical resources. The project provokes a reflection on our society as enlightened and democratic in today’s circumstances and deepens the dilemmas that medical professionals have faced so far and addresses them to the broader society.

The next exhibition will present Danilo Milovanović, who, in his practice, mainly expresses himself in the public space, with the medium and approach determined by the artistic concept. He especially explores the characteristics of the urban landscape in relation to nature and culture and the possibilities of artistic activity and intervention in the public space. The results of these interventions are both poetic and more radical, activist gestures that can be easily overlooked or remain unnoticed within the dynamics of public spaces.

The year will end with Saša Spačal’s exhibition MycoMythologies, which presents a series of ontogenetic mythological stories, video essays and machines with which the artist examines the planetary metabolism and, specifically, the question of how mushrooms can help humans think about the possibilities of cooperation and connection.