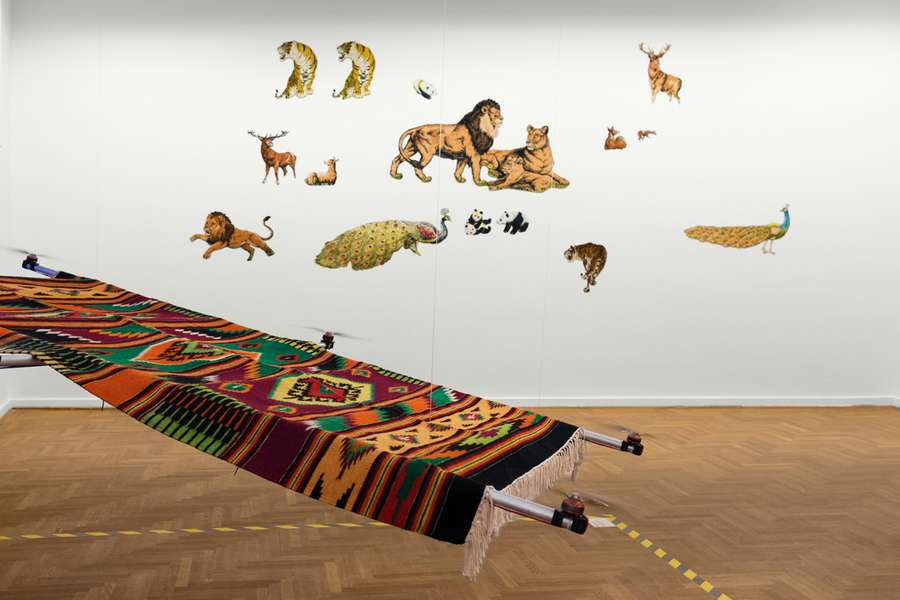 After the Canal there was only "our" world, City Art Gallery Ljubljana,2019 © Andrej Peunik / MGML

“The sea is walking in the streets”, wrote Mahmoud Darwish in 1982, in his Memory for Forgetfulness, during an actual siege replete with cuts of the water supply to the city and rocket fire trails. Yet in more recent years “Europe under siege” has become a curiously common phrase describing a landlocked imaginary full of fears, not so much of the underground streams gushing forth from the darkness beneath, but of the external seas walking on European streets and the threat of aberrant fires.

As this imaginary is already acting out in mass violence in the seas connecting Europe’s landmass to the Global South and in renewed, nationalist claims of land autochthony, a major re-orientation of consciousness, sensibility and practice is needed for the articulation of hope.

For his part, Darwish inserted the little story of the philosophical refugee Kamal, who stole a boat and rowed from Tyre to Haifa in search of a dove “that no one else knew about”, becoming—through his own death at the hands of coast guards—that wave of exile that “comes back and gets lost”. While looking for renewed connections, we have concentrated on the opening of the Suez Canal in 1869 as a vortex-making historical event. In its trail, a myriad of little histories may have gotten lost but they keep coming back in and over our heads.

In a decisive but insufficiently recalled moment of Orientalism, Edward Said argued that even with the barrage of Western inventions and projections in paintings, novels, travel diaries etc., the ‘Orient’ kept a certain irreducible distance from the West’s all-colonizing and universalizing pursuit. However, the opening of the Suez Canal in 1869, popularized in the European press and by Ferdinand de Lesseps, the CEO of the “Universal Company” of the Suez Canal, as a literal “piercing of the Earth”, marked the end of this distance and the beginning of a new age. “De Lesseps and his canal finally destroyed the Orient's distance… After de Lesseps no one could speak of the Orient as belonging to another world… There was only ‘our’ world… Thereafter the notion of ‘Oriental’ is an administrative or executive one.” Slovenia’s erection of a razor sharp border fence, in 2015, against migrants and refugees mostly coming from an ‘Orient’–the Middle East, which has been devastated by repeated Western invasions and some extreme local attempts to maintain an irreducible distance from the West, after 1989—is only the latest dam trying to stop the seas and administrate ‘our’ world. Yet this world has been built at both ends of the Suez Canal, a process that involved the creation of imperial highways of circulation from Vienna to Ljubljana and Trieste, and from here to “Alexandria and the world”. While a significant part of the European imaginary today is engaged in attempts to limit the symbolic and material ‘we’, the canal continues to do its work of setting the continents in a process of irreversible connection and transformation.

This exhibition is an invitation to explore a variety of historical and geographical connections between Europe, especially its Easts, and the Middle East, particularly Egypt, with the Suez Canal as the trigger, while contemplating their reflections in the mirror of the present. We want to stimulate discussion about issues rippling from the Canal story, unravelling the concentric layers of references, occurrences and encounters that have sedimented in the 150 years since the Canal was inaugurated. These are issues that continue to be relevant today, just as they were at different decisive moments throughout this common history: Orientalism (and its unchallenged relation to the Orient of Europe); migration; refugees, and the difficulty of making hospitality great again; natural resources, which are at the core of both inter-imperial rivalries and nationalist discourses; ecosystems, forever changed by human intervention; and others.

After The Canal… is an exhibition of contemporary art constructed upon a historical background, where multiple references and relationships between the works and the materials are presented in such a way that at least some meanings are created for the place and time where it takes place. The research method used for its building has been developed by the curators of The Resurrection Committee, a fluid collective founded in 2017. In collectively partaking in a momentous historical aperture we can make more sense of our world through the immeasurable streams it opens, through the different material structures it is made of, through the interchangeable sheets of thin glass that transform it into collective memory, as well as through the coincidences, throws of dice and winds of fate that ground and channel it. We can see each other’s views, position ourselves in the same aperture and hopefully revive critical relationships.

Research for the exhibition supported through a travel grant offered by Foundation for Arts Initiatives. 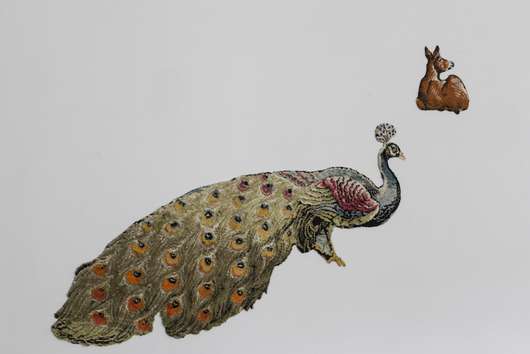 Thu
Sep 2019
Opening
8 p.m.
City Art Gallery of Ljubljana
Opening of the "After the Canal, there was only "our" world"
We want to stimulate discussion about issues rippling from the Canal story, unravelling the concentric layers of references, occurrences and encounters that have sedimented in the 150 years since the Canal was inaugurated.
All events - City Art Gallery of Ljubljana • All events - MGML