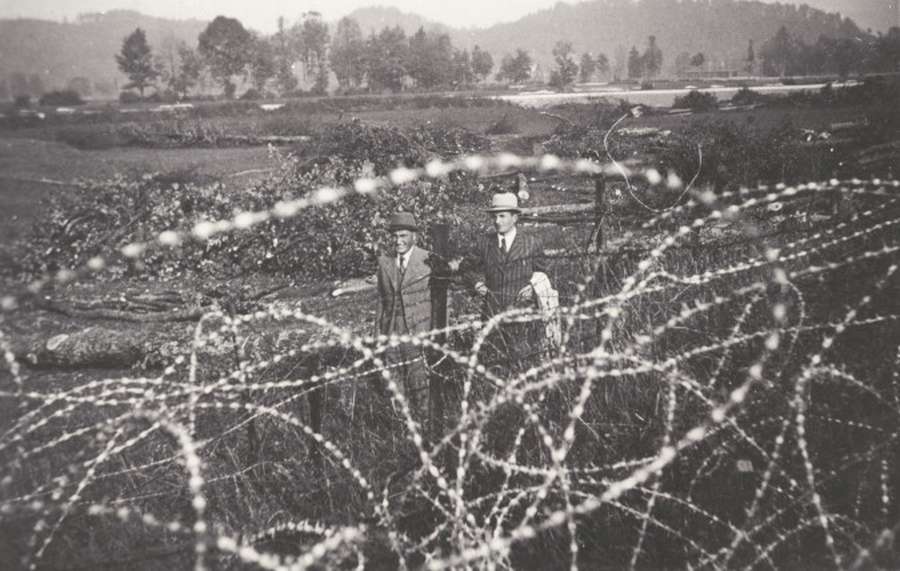 Share:
Exhibition in Commemoration of the 60th March along the Barbed Wire

The exhibition Ljubljana Encircled by Barbed Wire (1942–1945) displays a special kind of terror which Ljubljana experienced during the Italian occupation in World War II.

*Opening of the exhibition: Tuesday 19 April at 1.00 p.m. in the atrium of the City Museum of Ljubljana*

The decision made the occupation forces, to encircle the city with barbed wire, bunkers, machine gun nests and mine fields, was unique in the occupied Europe of the time. The city’s defence system created unusual landscapes of the city with its immediate surroundings, which are presented at the exhibition with interesting photographs. Although the images of an occupied city disappeared after the war, we still remember the time of occupation by organising the traditional March, an annual recreational and social event already in its 60th edition this year, in memory of Ljubljana’s occupation.

You are cordially invited to the opening of the exhibition on Tuesday 19 April at 1.00 p.m., at the City Museum of Ljubljana, Gosposka 15.

The 60th anniversary of the March is commemorated by two other exhibitions:

Tomaž Alauf: The Passion Called the Path
The author of the exhibition wants take you through the history of the March, show the milestones in the construction of the Path and with models present the monuments marking the route of the March. The exhibition features commemorative recognitions, certificates, plaques, pins and other objects the participants of the march have received since 1957 up till now.

The Path of Remembrance and Comradeship that encircles Ljubljana, European Green Capital, with its green areas and 7000 trees is where for the past six decades with each person walking, marching or running the past meets the future. New generations of people walking and running on the Path bring with them a belief in the same ideals – those of harmony and movement, peace and living with nature. This unusual monument continues living through them with the same vigour as a monument to the present and future Ljubljana and Europe.